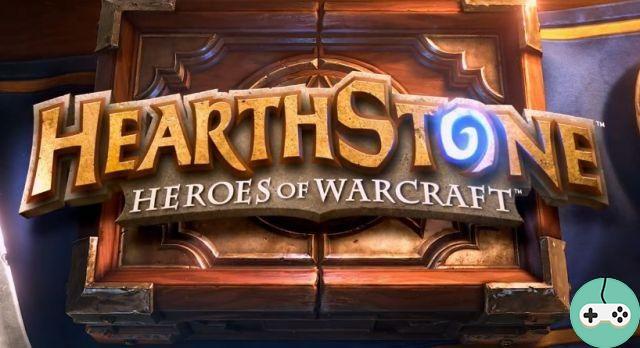 The official Standard Mode FAQ has been updated today to let players know that Reward Cards will not be part of future Standard Mode. But what cards are these?

The reward cards can be obtained according to certain actions on the game or with promotional offers, they are four in number: 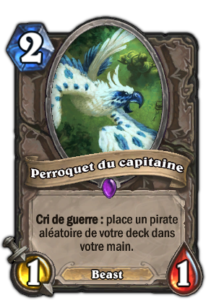 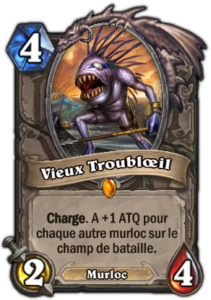 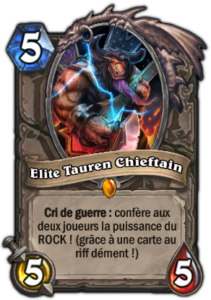 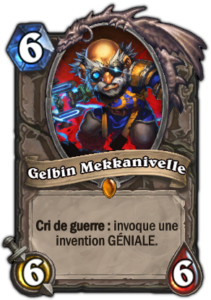 L'Elite Tauren Chieftain et Gelbin Mekkanivelle could be obtained in gold, respectively by purchasing a ticket to Blizzcon 2013 and making a purchase in real money during the beta.

With the arrival of the standard mode, their mode of obtaining also changes. You will now have to craft them to get them and completing the collection will no longer give them access. Respectively 1600 dust for the Vieux Troubloeil and 800 dust for the Parrot.

The Captain's Parrot, Elite Tauren Chieftain and Gelbin Mekkatorque were more collector cards than actually viable and played cards, they were not part of any viable decks and therefore their loss is not detrimental to a player. type of deck in particular.

On the other hand, the Old Troubloeil is a detrimental loss for the Paladin murloc, indeed combined with All the murlocs in your life, this allowed to finish the opponent in one turn and was the main strategy of the deck.

Blizzard hasn't announced whether this was specifically aimed at the Murloc Paladin or if it was just collateral damage to the move.

In conclusion, another blow for the Paladin who finds himself with no viable game in standard mode the only one who could remain was the Paladin murloc, it is therefore a total overhaul of the class that is operated in the hope that the new expansion him breathes new life otherwise he will clearly be the big loser in standard mode.