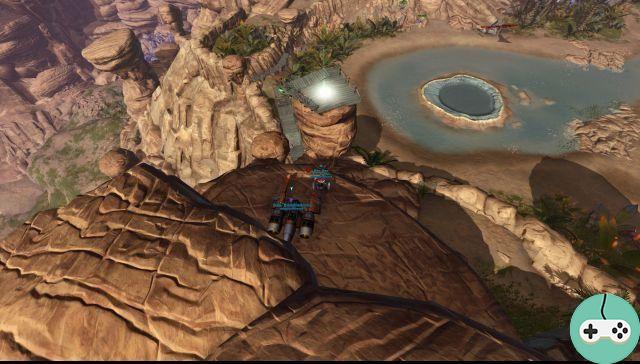 Two new datacrons have been created on Onderon. They are located in the north zone for one, in a phase, and for the other in the south at the edge of the map.

The departure takes place north of the map at coordinates (-120; -1180), there you will find a hole with a ladder. Go down and enter the next phase. 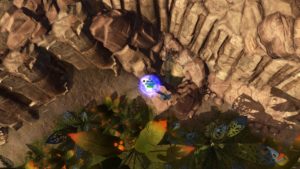 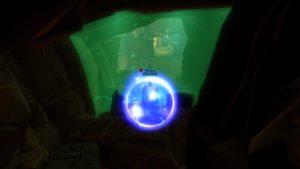 Follow the boxes indicated by the parchment on your right by jumping on those which are tangible. If you make a mistake, you will fall and start over from the starting point. We have indicated the boxes to which you must pass. Memorize the path in the other direction, you will need it. 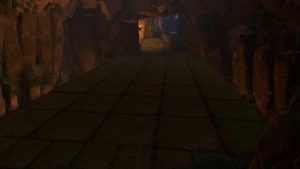 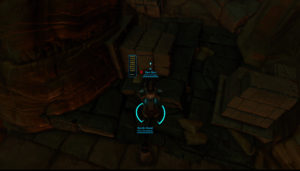 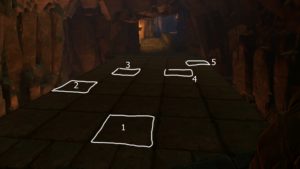 Crosshairs on damage areas or certain objects like banners can help locate platforms, as shown in the image below. 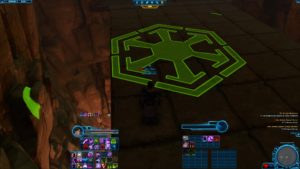 Then, you have to jump over the plates that have spikes, pass the chasm by jumping as well, then reach the datacrons by jumping over other plates with spikes. If you pass over the spades, the game sends you back to the entrance. Once the end is reached, the datacron becomes accessible. 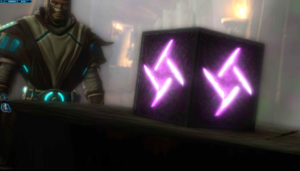 Click on it to see the cutscene and quickly flee without asking for your rest. A mechanism kicks in that will force you to start over if you don't exit before the red zone hits you. You just have to go backwards to exit and validate the datacron.

The presence datacron is located to the south of the map. Near the republic camp, at coordinates (-183; 500) is the starting point. You will have to start by going down on the platforms below, jump on the following ones and go around to climb on the rock. 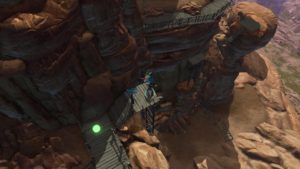 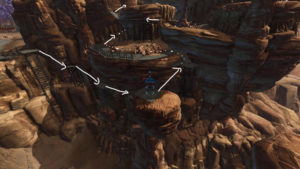 You must then continue, go around the rock to climb to the second level where a new platform awaits you. Jump to the left, then go to the end of the headland to see the datacron on a platform at the top of a rock column. 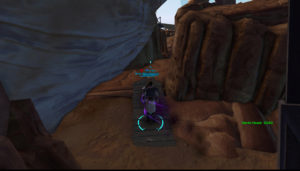 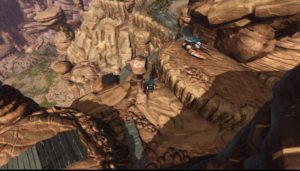 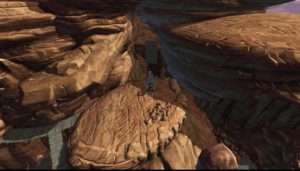 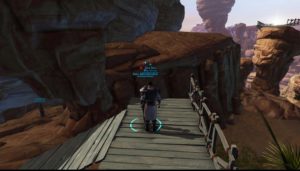 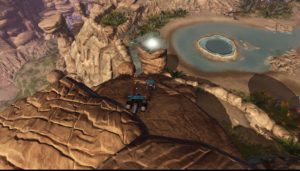 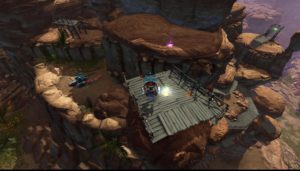 Cloud Pirates - The Return of the Pirate Ships