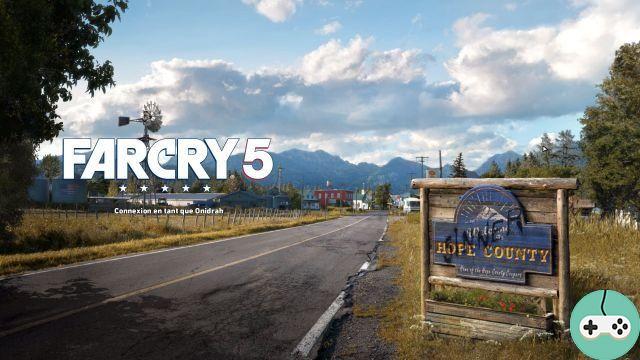 In the last few days, you may have seen guides appearing on Far Cry 5, but I had not yet taken the time to give you my opinion on the game through a preview in good shape. It is now done, following my experience on the PC Uplay version thanks to a code offered by Kinguin. 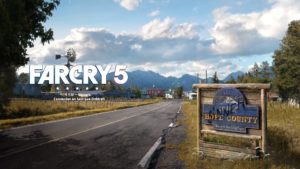 At the start of the game, the difficulty is to choose between three possibilities, depending on whether you prefer to meet the challenge or discover the story. Then the choice of character is made between playing a man or a woman. 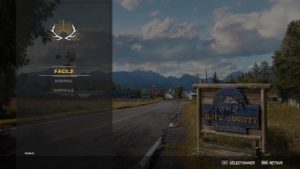 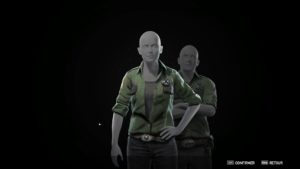 Personalization will continue thereafter offering many options to create an avatar in his image. This in itself is not often used as the game takes place in the first person, but for some cutscenes, or when you die, it's always nice to see yourself represented by a character that looks like something! 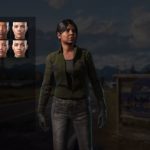 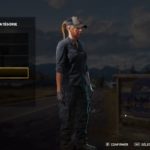 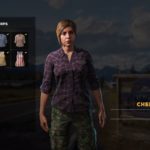 Going back to the beginning of the game, a rather creepy introduction follows during which the sect of the Father is discovered, an enlightened one who reigns as ultimate master in a remote valley of Montana. He possesses a gigantic armed force and terrorizes the few inhabitants who try to retain their freedom in his pursuit of the bizarre Eden's Gate plan. New officer of the sheriff's office, our character accompanies a member of the government who decides to try to bring the Father, John Seed, to justice. Of course, it escalates, our helicopter crashes, and our rookie officer finds himself alone in the middle of hostile territory. 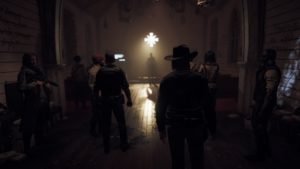 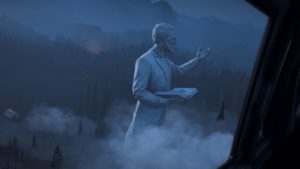 Her companions are doing less well, because they are revealed to be retained by the three lieutenants of the Father: Faith and her two brothers, Jacob and Joseph. 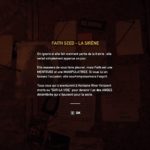 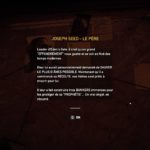 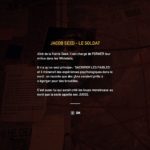 The whole scenario relies on this triad, each controlling a region of the world. To be able to reach John, it is necessary to deliver these regions by performing various actions: killing VIPs, releasing hostages, destroying cult properties, liberating outposts, completing missions ... Points of resistance are climbing in the region. then, once the levels are reached, the story moves forward, the bad guys get angry more and more, they send plenty of reinforcements until the final phase which consists of facing the boss. Then rebelote. 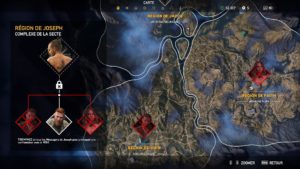 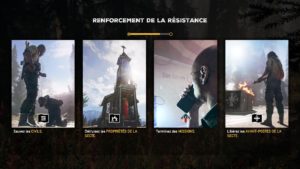 The worlds are vast, there are very aptly many vehicles of four types to explore them: car, helicopter, plane and boat. They exist in different styles, more or less fast, more or less armed. Many are freely accessible around the world, others need to be purchased at terminals indicated on the map. Even if the sum is high, fortunately it only has to be paid once and the vehicle is summoned as much as necessary. In the event of damage, once the appropriate talents have been unlocked, it is unlocked (either with the torch, or automatically by piloting it).

When the goal is too far away, fast travel allows you to get closer to the location at no cost, although in the end it is often more satisfying to travel in the traditional way while observing the landscape. 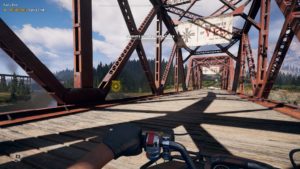 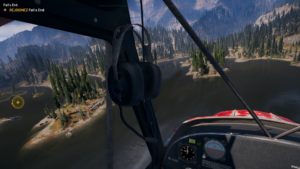 The activities in the zones are plethora. It's simple, it is difficult to do more than a few hundred meters without crossing a civilian in danger, a building to destroy or a mission to accomplish. Suddenly, all you have to do is stop or land to participate, gain points of resistance, possibly equipment, before resuming your journey or the way to heaven. There are also fun side objectives, like the challenges of a crazy stuntman who takes him on loops over the river while the balls are raining. 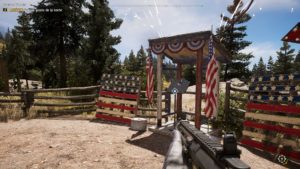 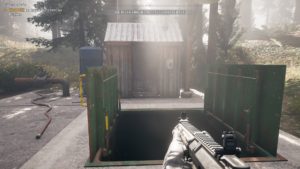 There is no shortage of collectibles, figurines, magazines, lighters ... There are of course cards to collect from merchants, but you may prefer to follow our guides which will give you details of their location for free. If you don't like digging into every nook and cranny, don't worry. While these are the goals of some side missions, there is more than enough things you can do to miss out on if you're not feeling the soul of a compulsive collector. 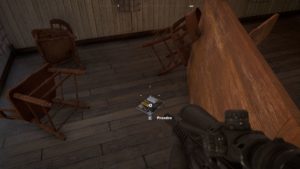 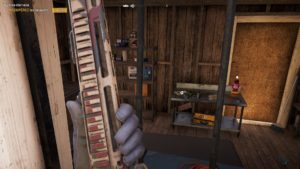 I still recommend that you at least collect magazines that offer talent points, at least those that are in survivalist caches that NPCs will mark with a marker on the map after a short discussion. Each time you will discover a simple puzzle that sometimes requires a little agility to achieve it, with things to climb. In addition, you will find money and equipment such as weapons or ammunition. 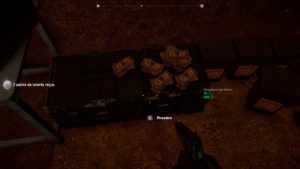 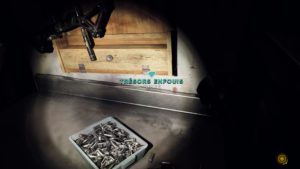 For talents, too, there are challenges that require performing a number of actions. All these points gained will improve the effectiveness of the character in his martial capacities (number of weapons carried, quantity of ammunition carried ...) as much utility (time spent underwater, parachute, grapple ...) as artisanal. 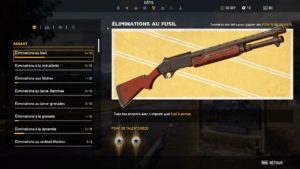 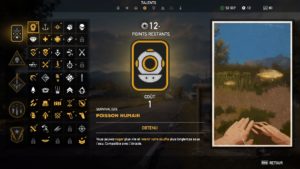 The character carries up to 4 weapons (2 initials without talents), including a handgun and three ranged weapons to choose from different styles: submachine gun, rifle, sniper rifle, bazooka, bow ... Weapons are customizable for s 'adapt to the situation: rifle scope, silencer, extended charger. Of course, an improvement on one side will result in penalties on the other, such as speed of fire or maneuverability of the weapon. A small part of craftsmanship allows you to create your own weapons, such as dynamite or a molotov cocktail using recoverable components. 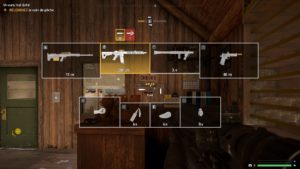 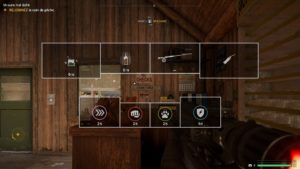 Infiltration is also important, with the ability to complete some missions without firing a single bullet, just sneaking between the enemies to finish them off before they spot us. By combining melee weapon and silencer on a pistol, it becomes a snap. 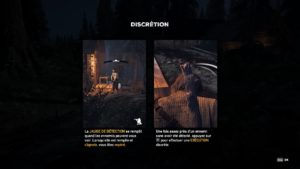 Finally, to do well, the character is helped by active NPCs in combat who are recruited during main missions, up to three per region. For my part, I like being able to benefit from the air support of Nick Rye who takes care of destroying the planes which canard me or the sniper precision of Grace Armstrong. 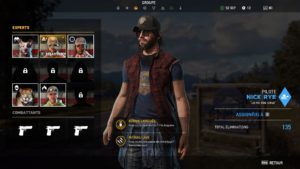 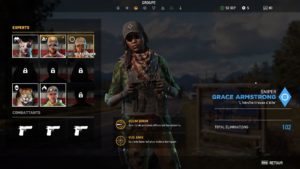 Far Cry 5 takes the recipe from many Ubisoft games with a rather monotonous unfolding: entering an area, chaining the objectives, earning points until killing the boss. But it still works just as well in this new Far Cry which does not lack activities, even a little too sometimes. The recreated atmosphere is as scary as you want, with larger-than-life NPCs brought to life by Motion Capture and voiced by compelling actors. Suddenly, I quickly entered the story, in a hurry to settle his account with this psychopath of Father, slaughtering on the way thousands of angry and not always very smart militiamen. Allow about 20 to 30 hours of gameplay to complete, then it depends on whether you complete all the side missions or if you just follow the path of the main mission. Note that the entire title is playable in cooperation if you want to share your adventures.

You'll find the game on Xbox One, PlayStation 4, and PC.

Do you want to join the adventure? Far Cry 5 is less than 50 € on Kinguin!


Do you want to be up to date and know all the tricks for your video games? In gamesmanagers.com we enjoy playing as much as you do and for that reason we offer you the best tricks, secrets or tips for you to play non-stop. We offer you quality content and always updated to keep you up to date. That's why, in our website, you will find not only videogame guides but also tricks, secrets and thousands of tips so you can play to the limit. Are you ready to get it? Enter now and enjoy your videogame!
SWTOR - In the Tatooine Desert ❯