VRobot - Break everything in VR! 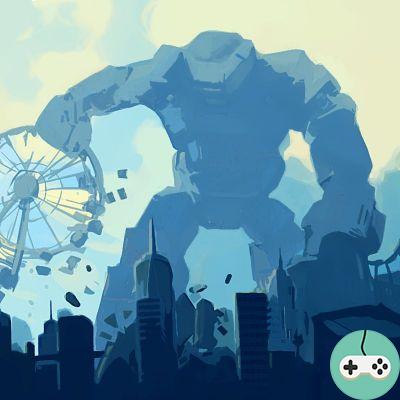 A new virtual reality game has been released on Steam: VRobot. As the name suggests, we are a big robot! Our goal ? Break everything ! I tested the game in its version with the HTC Vive knowing that it will soon be available on PlayStation 4 VR, but also the Oculus Rift.

When the game starts, I find myself facing a three-dimensional city map with lots of pretty colors. I notice my hands are now robotic, exactly as you can see in the screenshot below. On the other hand, strange, no music, just background noises. 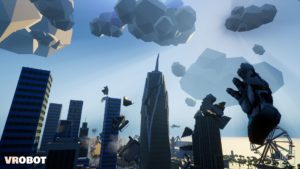 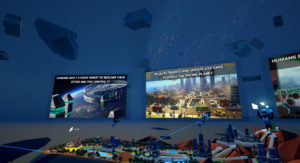 To start a level, I approach a mini-scene highlighted on the map that I grab with my big paws. All levels are based on the same principle: destroy the city! However, I have a time limit, which is getting shorter and shorter. At the very top right of the map, the villain of the story, the robot boss, SuperRobot 3000 taunts me and waits for me. Impossible, however, to beat him before having completed the ten levels offered. 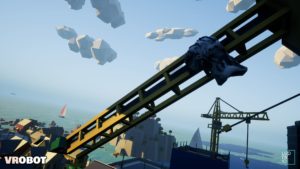 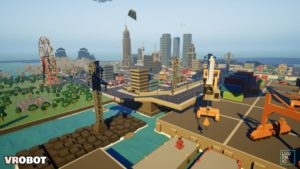 The decorations are cute, colorful and quite varied, giving the impression of a toy town. There are tall buildings, small suburban houses, factories, a lighthouse, areas under construction with construction machinery and cranes, Arc de Triomphe-style monuments, a big funfair wheel ... also lots of vehicles, cars in the streets, but also boats, planes ... It is not necessary to shoot them down, but it is devilishly fun to catch a house to hit a plane (when the time permits)! Random buildings light up green, objectives not to be overlooked, because it triggers a huge bomb helping well! 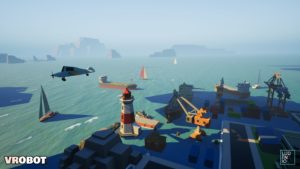 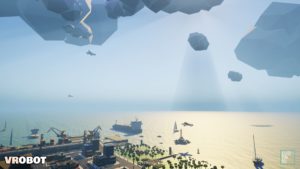 In order to free the area, the debris flies away after a short delay towards a maelstrom which dominates the city. Fortunately, because it quickly becomes a huge chaos on the ground, preventing it from moving properly. As all challenges are timed, there is no time to wander blind. 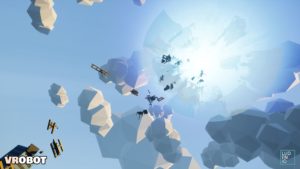 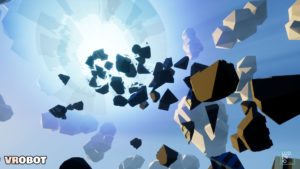 After starting the destruction with my hands only (using a house as a hammer), I proceed with a tractor beam then a tornado creator. Thanks to my new weapons, I am much more efficient, being able to continue to crush houses within reach of one of my hands and to bring down others thanks to the tool of my second hand. 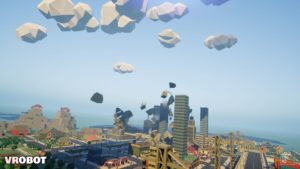 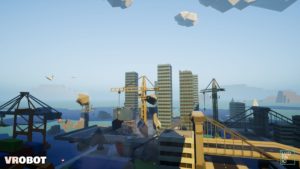 Enjoyable, VRobot makes the most of virtual reality without any unpleasant sensations. Indeed, the movements are limited, because the movement is done by using the pad of the controller and by teleporting to the pointed place. Suddenly, no seasickness even if sometimes the precision is a little limited, especially because of the debris which blocks the view and falls anywhere. The progression curve is rather steep, the first levels are simple, I finished ahead without forcing until I found myself stuck for a while at the penultimate, unable to clear the city in 1 minute 15 ! The game is quite short, allow about an hour to complete (more or less depending on your destructive abilities) and minimal replayability. The advantage is that it is overall quite easy and accessible for all types of players, including the youngest, a game that could suddenly be considered in the first purchases of virtual reality to start smoothly. Even if the price may make some people think about it ... 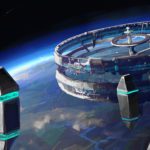 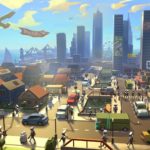 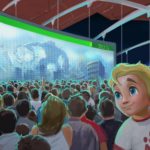 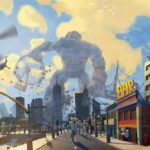 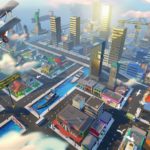 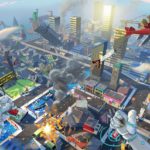 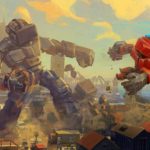 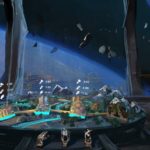 And a little gameplay video as a conclusion:


Do you want to be up to date and know all the tricks for your video games? In gamesmanagers.com we enjoy playing as much as you do and for that reason we offer you the best tricks, secrets or tips for you to play non-stop. We offer you quality content and always updated to keep you up to date. That's why, in our website, you will find not only videogame guides but also tricks, secrets and thousands of tips so you can play to the limit. Are you ready to get it? Enter now and enjoy your videogame!
SWTOR - Analysis of care skills ❯

Add a comment from VRobot - Break everything in VR!