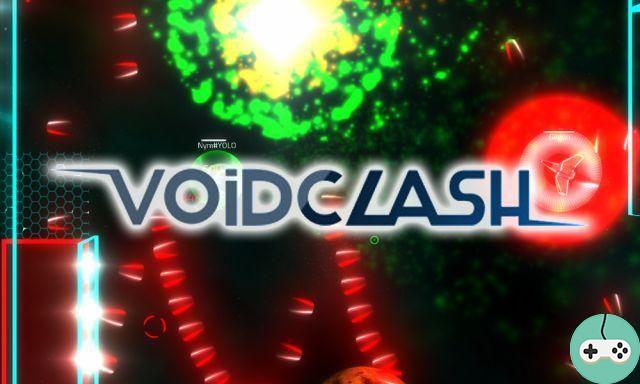 During the Game-Zone of Lyon e-Sport, Talish and I were able to try our hand at the beta of Void Clash, an Arena Shooter type game mixed with Shoot Em Up, with retro graphics. In this overview, I will try to introduce you to the different mechanics of the game as well as the project itself. Note that the game will be released in 2016 and that it has been validated Steam Greenlight.

Void Clash is a game developed by students from the Epitech school, who not only created this game, but also its engine. For the record, the game engine was therefore built by the team rather than taking an already existing game engine. This choice was born from the desire to have total control over the game engine and its physics. This control over the game is also found on the player side, insofar as almost every aspect of the game is customizable, including the physics of it, I will come back to that a little later.

Launching the game, you connect to one of the four official servers and therefore you are a small spaceship in one of the two currently existing arenas, made of walls of light and inertial zones (can speed up or slow down depending on the settings ). By roaming the arena with ZQSD, paying attention to your energy (to be able to shoot) and aiming skillfully with the mouse (compatible with controllers too), you will be able to use one of your two weapons to kill your enemies. in various game modes:

To help you in your task you therefore have two weapons, right click and left mouse click, to choose from among a whole panel available in five categories: bullets, bombs, turrets, shields and gravity fields. Each of these categories has several different weapons, which ensures the game that you won't get bored after just one or two games, as you can vary the pleasures.

During the game, little or no music, but spatialized 3D sound feedback to let you know if you have hit an enemy (or if you have been hit) and in which direction. If this system is well thought out, it still lacks, according to the confessions of one of the developers, a more present visual feedback. But they are working on it for the future! 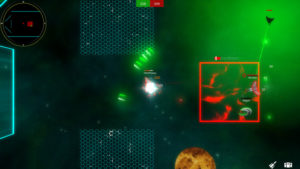 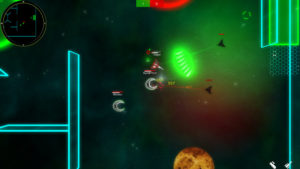 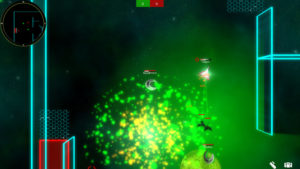 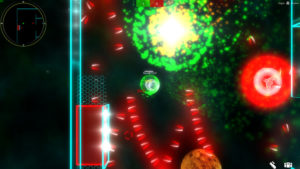 Now let's move on to the second point: personalization! Because yes this is the other key word of this game, everything is customizable. Among other things, and not only, it can be the map thanks to an editor allowing you to create a standard or giant size map (ten times larger) depending on the population you want on it. It can also be the population precisely, the base game is intended for 6 against 6, but you can increase this number only at the limit of the power of your computer! The main point remains the customization of weapons, you can create lots of weapons as you wish. You can also create, the first beta-testers realized by playing with the numbers, weapons that heal. Here is an absolutely non-exhaustive list of some adjustable parameters when creating a new weapon:

I had a great time on this game, quite easy to learn in a basic way, but difficult to master. There are loads of cool weapons to play with and more to craft! It is also on this point that I regret the limitations of the preview offered. I wish I could have played around with the game settings a bit to see what would be fun to change! Moreover, a very nice game that I hope to be able to try more fully!

I'm not a particular fan of this kind of game (quite dynamic space shooter), moreover Void Clash is quite unique in its genre. The gravity side and the change of weapons during the fight brings a certain dimension to the title.
The sandbox mode even if it was not present in the demo maybe something that can get people to try / like this game. We have seen it with games like KSP.
I don't really believe in the eSports world with this game like Rocket League was, but I think that fans will be able to play tournaments and a certain community will find its place.

You can already participate freely in the beta on Windows, by downloading it from the official site of the game. When released, the game will also be available for linux, and maybe for Mac (to be confirmed).