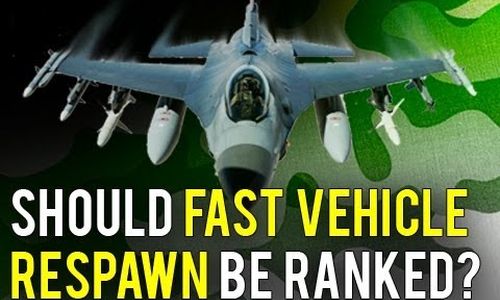 A future server update will prohibit the rapid reappearance of vehicles. This is what a DICE developer tells us on Reddit. No date announced when this update will be deployed but it will be one of the next (R12 or more, current version R10 as a reminder). Here are the two changes announced:

It is therefore the end of a heated debate within the community because DICE took a stand and decided the question by imposing this setting on ranked servers. Goodbye to instant or fast vehicle respawns (as was the case in Battelfield 3) that completely kill gameplay. A very good thing to have made this decision.

Otherwise, the other important information that goes together and that accompanies this update is the return of the server filter options "Vehicle respawn time" and the "Number of tickets per team".

Edit: Looks like the developer is a bit too far along on the vehicle respawn delay decision. In fact he went back on his words and nothing is decided at the moment.

Edit: I misspoke about the vehicle respawn limit change (it's being discussed/investigated still and no decision has been made), sorry about that