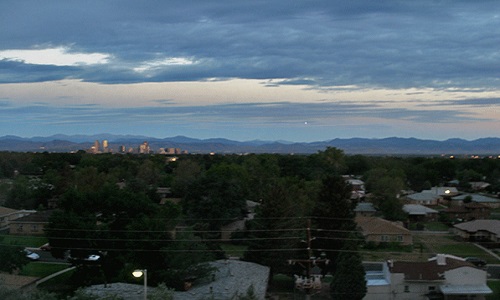 Good news recently arrived on the SimCity blog. It concerns the creation of Granite Lake arrived with the 6th update. Here is what Kyle Brown, cartographer and level designer on SimCity gives us as an explanation of this new map:

This region, its look and feel, is largely inspired by the state of Colorado, but also my personal experience: a year ago, I landed in Denver, Colorado, and my correspondence was was delayed until the next day. From my hotel room I took this picture 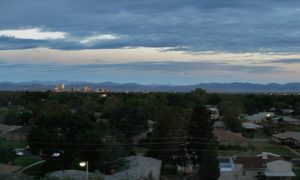 This photo probably doesn't do justice to what I saw. But I had only slept for two hours, and in my delusional state, I felt like I had never seen anything so beautiful. If John Denver, famous musician and lover of Colorado, wrote all his songs about this state, it is not for nothing.

Here is what we learn next about this Granite lake:

Kyle Brown clarifies this about the mountains and lakes players can design:

Mountains play an important role, not only in the appearance of the region, but also in how it functions. Here there are mountains in almost every city location. It is a choice that I made so that the mayors who want to use wind energy can install wind turbines on the slopes of the mountains. In existing areas, wind power was used almost only at the beginning, then scrapped when users could afford a more efficient power plant. In Granite Lake, wind turbines are more efficient, since there is more wind at altitude. Wind power is therefore a better long-term solution.

The other key element of this region is the lake. The lake connects the groups of towns. The group of the lower part and that of the upper part are connected by two towns on each side. With its mountains and lakes, this region will offer a certain diversity compared to existing regions.

We also learn that the textures of the landscapes have changed for this new map.

The difficulty level of this map will be high. Cities are unique and must adapt to the terrain.

Have you ever built a city in this new region? Show us your cities!