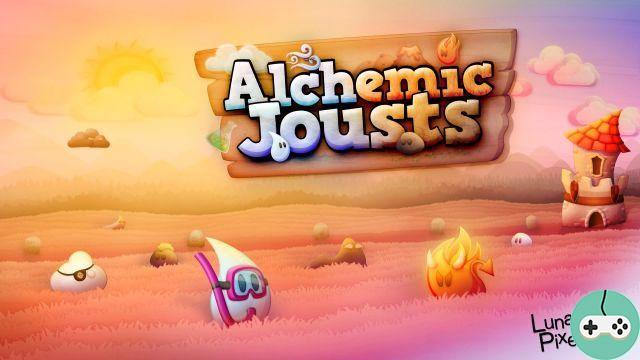 Alchemic Jousts is a 2D strategy game available on PlayStation 4 and soon on Steam. For my part, I tested this on my PS4 console!

At launch, the menu is quite simple with few options, I can choose from 4 profiles (whose names are automatically put and linked to the events) and launch either the solo mode or the duel mode. 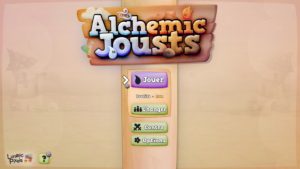 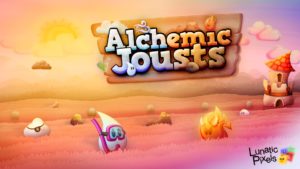 The first levels are tutorials for getting started with the controls. To the right and left are the towers of each player, the winner is the one who succeeds first in destroying the enemy's tower. Until then, I think you are following me. The life points of the towers are indicated on the tower itself and the score on the small central panel (which is the same in standard mode). 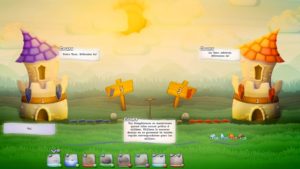 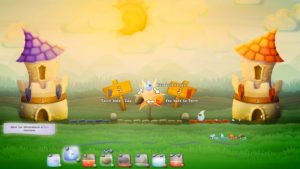 The available skills are arranged at the bottom of the screen on an elementary principle of fire which beats Earth, Earth beats Water, itself beating Fire. As it would be too simple otherwise, they share cooldowns according to the symbols displayed on the icon of the spell (a bit small to see on a TV, like the shortcuts). These spells were primarily chosen from a large list, forcing choices to be made according to the situation or the way it is played. 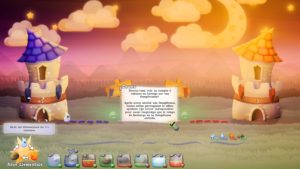 Each camp sends its elementals which go in a straight line towards the enemy tower (on the ground for the classic elementals, from roof to roof for the flying elementals). When the elementals intersect, there is a resolution: 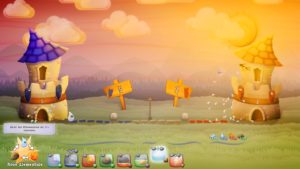 There are different spells from the others, like for example Lava which deals damage to enemies then becomes a Fire elemental if it takes damage. The Sand will not be able to retaliate but will inflict 2 damage points to the enemy tower if it gets there. In addition, bonuses add an additional strategic dimension to the games, such as the Hourglass which slows down enemies or Energy which speeds up a chosen elemental. 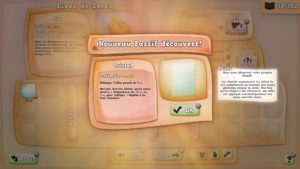 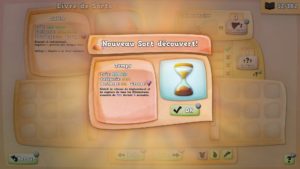 A final important point to take into account concerns zone control. Initially, the area closest to our tower is under our control. Then the majority of Earth elementals will go to the nearest uncontrolled area, hop in place in the middle and give us control. 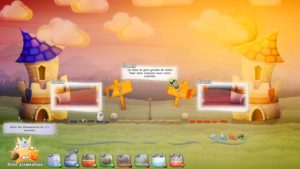 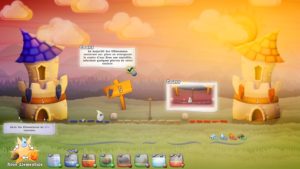 All of these spells are accessible from the Spellbook. In addition to referencing the spells already acquired, it gives access to the alchemical laboratory allowing to create new ones by combining current ones. The number of tries is limited but, fortunately, while playing, I get new tries and the game unlocks additional clues after too many failures. According to the trophies, there would be more than 100 skills, 180 if we believe the instructions for the game on the PlayStation Store. 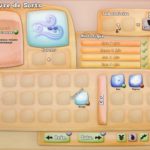 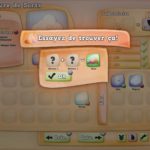 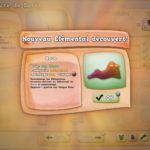 At the end of each fight, I gain experience, clues, and spell combination trials. My efficiency is also quantified in stars. 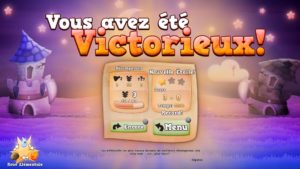 In addition to the standard mode described above, there is the capture mode. Rods appear on the field and the first elemental to pass over them turns around and returns to their tower. A carrier then becomes easy prey because he will lose any combat engaged during transport, in addition to offering the wand to the attacker. Here, the goal is not to inflict damage, but to recover his wands and protect the carriers. There is also the King of the Hill mode where you have to control areas to damage the opponent's tower over time. The more area I control, the more damage I inflict. Towers receive no damage from elementals in this mode. 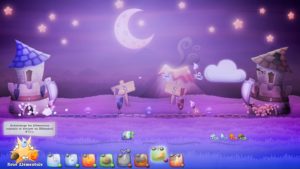 In challenge mode, the rules are different each time. In the first, I had to deal as much damage as possible to the enemy tower while mine didn't take any damage. And for players who like to tighten up the rules, there are the global effects that affect everyone, such as a regeneration of the superior Fire resource or even conjured Flash every 25 seconds of turns ... Obviously, this adds spice. . 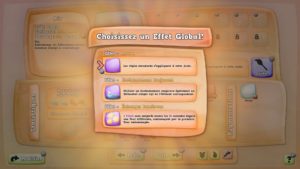 Finally, there is of course the opportunity to replay all this in a duel, against another real player! In this case, the skills of one are at the top, the skills of the other are at the bottom. If you don't have anyone at home, you'll need to complete single-player mission 12 to unlock online multiplayer. And there, the game really takes all its interest in dynamic parts where until the last moment the course of the battle can change. 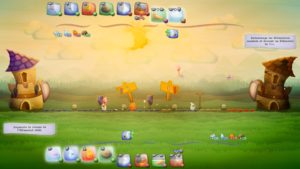 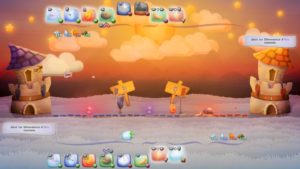 Alchemist Joust is a cute little strategy game that will keep you busy offline for a while with single player mode and all unlockable spells. And the game will continue in the online mode (requires PlayStation Plus subscription). For € 14,99, it is undoubtedly a good investment, especially if you are looking for a Party Game for your evenings with friends.

If you don't have a console, then wait until it's released on Steam!


Do you want to be up to date and know all the tricks for your video games? In gamesmanagers.com we enjoy playing as much as you do and for that reason we offer you the best tricks, secrets or tips for you to play non-stop. We offer you quality content and always updated to keep you up to date. That's why, in our website, you will find not only videogame guides but also tricks, secrets and thousands of tips so you can play to the limit. Are you ready to get it? Enter now and enjoy your videogame!
WoW - Legion PvP Preview ❯

Add a comment from Alchemic Jousts - An elementary strategy game