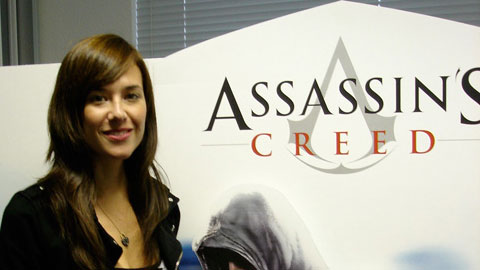 Ubisoft has created with its Assassin's Creed license an original transmedia universe that is renewed with each episode. What were the media used in the past and what are we preparing for AC4 and the years to come? This is what I will try to show you in this series of articles.

Even before the official release of the first Assassin's Creed, Jade Raymond, one of the producers of the saga, set the tone in an interview: 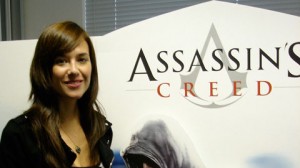 We want the license Assassin's Creed be open enough so that other productions can emerge, other games obviously, but also games on cell phones and why not a series of books, who knows. The objective being to install the license beyond the borders of video games and to offer those who will appreciate the atmosphere and the framework of the game to go further via cross-media experiences.

But before continuing, it seems important to define what a crossmedia or transmedia experience is. According to my research (thank you Google) these are already 2 similar but different things:

A crossmedia universe tells the same story using multiple mediums. Thus a main work taken from a book or a film or even a video game is available on several media to tell the same story. We can cite as an example the Harry Potter saga because each medium (film, video games ...) takes up the history and universe of the main media, books. 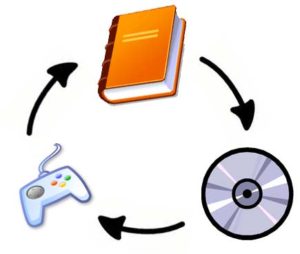 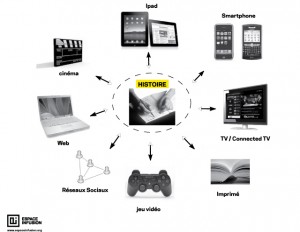 Where does the Assassin license fit in these definitions? The saga is undoubtedly Crossmedia because of its distribution on different media, but how exactly does it fit? How has it evolved through the episodes? This is what we will see as the articles go on. It is now time to decline this saga by starting as it should be with the first episode.

Even before its official release in 2007, the future big license of Ubisoft is already provoking the enthusiasm of players and the media. As we could see with the interview of Jade Raymond, but also via the announcements of the spanish editor, this one has already thought of possible conversions. Indeed, for them, the license Assassin's Creed has the potential to overcome the barriers of new generation simple gaming and could for example also be exploited in the growing mobile gaming market.

We can hardly imagine the smartphone boom in 2007 when Ubisoft was already anticipating this trend. Rumors also evoke a possible cinematographic adaptation because the cutscenes presented are of a very Hollywood style and show a particularly worked and effective staging.

However, for its start, the game is only announced on consoles, PS3 then Xbone 360. We are still far from crossmedia but this is only the beginning.

2007 release of Assassin's Creed and beginning of crossmedia

The first Assassin's Creed tells us about the life of Altaïr, an assassin living in the time of the Crusades and influencing the great history. The player enters more precisely in the skin of one of his descendants, Desmond Miles, who relives in September 2012 in the form of a "dream" thanks to a machine called animus the life of his ancestor Altaïr.

The game is released simultaneously on PlayStation 3 and Xbox 360 in November 2007, on the 13th in North America, on the 15th in Japan and on the 16th in Europe. The game is also distributed in a more expensive limited version which includes some bonuses outside the game itself such as making-of videos, a hero figure, a game guide and a Penny Arcade comic book. 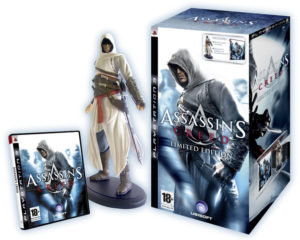 We see in this collector's edition Ubisoft's desire to use as many media as possible to exploit its license. However, bonuses are not just marketing items but already real collectibles. The statuettes in the series are clearly for me real work that you have to take care of when you have them (end of fan mode ...). 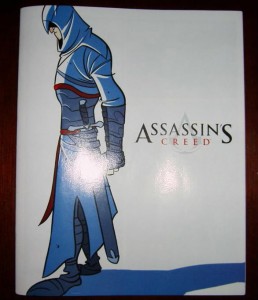 The PC version of Assassin's Creed that introduced me to the universe is subtitled Director's Cut. It was distributed in North America and Europe on April 8 and 11, 2008, more than six months (sniff) after the release of the versions for consoles (fortunately since "brotherhood" I waited less for the PC release).

This fairly classic multi-media release in the world of video games is also accompanied by the (less systematic) release of the music from this first episode. The soundtrack was composed by Jesper Kyd. It contains dark and disturbing accents and mixes the sounds in order to best capture the macabre atmosphere of medieval wars while remaining very contemporary. Songs also contain Latin choirs and vocal tracks to cement the darker elements of the game. Six songs were then posted directly to the Ubisoft site for those who had purchased the game but were also released online at itunes or Amazon.

In addition, we also find in this first episode avatars played by famous TV series actors such as Kristen Bell from the Véronica Mars series. 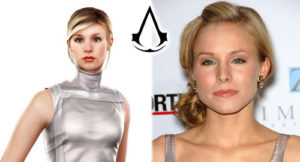 If the critics are not unanimous, highlighting the repetitive side despite the open universe, sales are huge and much higher than expected from the first week of operation (one million copies). Assassin's Creed has finally sold eight million copies worldwide, across all platforms. Patrice Désilets, director of the game, also estimated that 30 to 35 million people have played the game, taking into account rentals and the second-hand market and new releases on Steam or as a bundle.

The release of this first episode is followed, a few months later (February 2008), by the development of an adaptation for the Nintendo DS, Assassin Creed: Altair Chronicles. This episode is intended as a prequel to Assassin's Creed. A mobile version developed by Gameloft, was also released on iPhone and iPod Touch in April 2009.

The crossmedia license is really launched, but it's just the start ...

To be continued in the 2nd article: Assassin's Creed 2 or the explosion of crossmedia