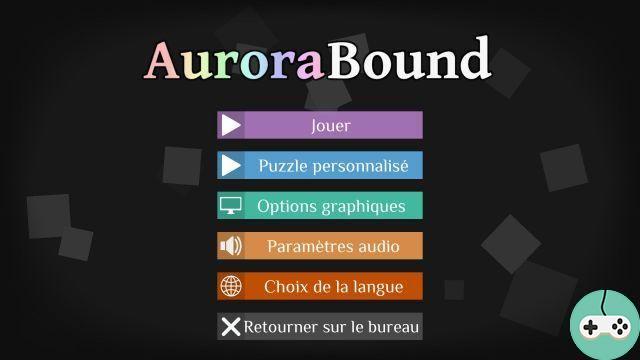 On November 1, a new puzzle game was released: AuroraBound Deluxe. And I had the opportunity to play it on Steam thanks to a key provided by the unique developer of this game, Daniel O'Byrne, an Irish developer who previously worked at StoryToys on children's games.

At the start of the game, two options are available: play the puzzles already created or create personalized ones. 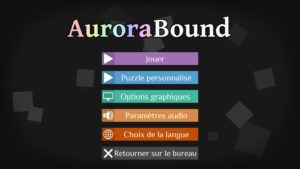 The first World is very simple and consists of putting a large square in the middle of another to recompose a symbol. There is not too much to worry about here, nothing can turn and the symbols correspond directly. 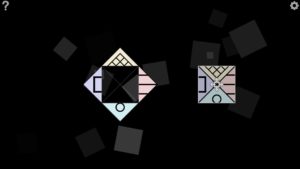 The following levels confirm the learning, add colors and introduce the second game mechanism: the possibility of rotating immobile squares. By symbols on each of the squares, the game indicates very clearly which blocks are usable. Those with nothing are immobile and therefore serve as the basis for solving the puzzle. 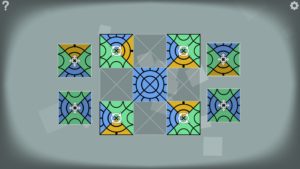 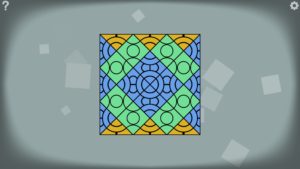 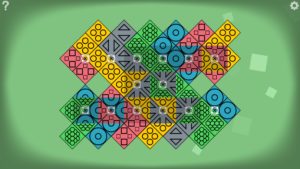 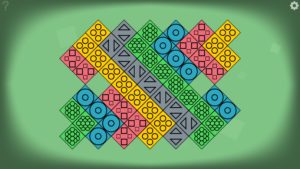 If the puzzle is too complex, clues position squares in the grid, providing a welcome starting point for solving. 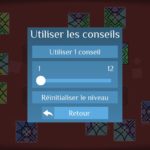 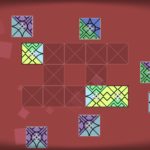 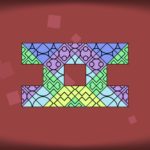 Each World is in itself a simple puzzle, the completed levels becoming squares to be replaced as necessary to complete the World and move on to the next. 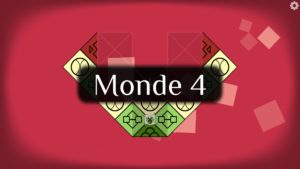 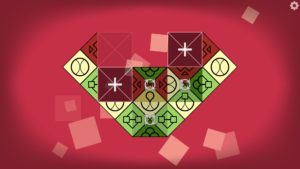 There is not much more to say about the game which relies on ultra simple mechanisms, moving squares and rotating squares, to focus on the puzzles, embarking on increasingly convoluted patterns. colorful patterns in a soft and adapted musical atmosphere. The squares become tiny in the most difficult levels, in order to fit into the screen and, inevitably, the resolution becomes much more complicated. Each shape corresponds to several places, causing many errors to find the right pattern. Fortunately, there is no stopwatch, no limit to the number of tries, no stress! 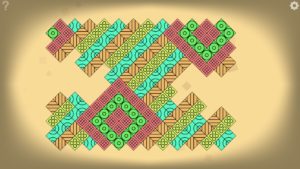 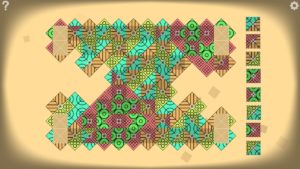 At the same time, a puzzle generation mode is available with different options. Here on the right is a puzzle created with the generation tool in maximum difficulty. The squares are really small and the tiles to be placed are very numerous. 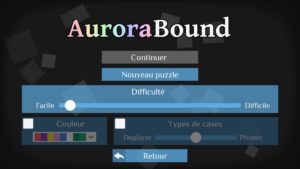 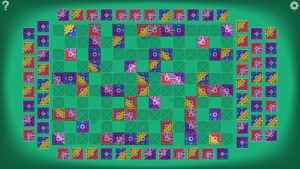 With relaxing graphics and elementary gameplay, AuroraBound is a relaxing puzzle game, offering a well-measured progression curve over more than a thousand puzzles to explore. Highly addictive, I recommend it without hesitation, especially given its very low price. You will spend hours and hours there without even realizing it! The game is available on Steam but also the Mac App Store.

You can also find the initial release, AuroraBound, on the App Store, Google Play, and Amazon.

ESO - Beta - A province of fire and blood

Add a comment from AuroraBound Deluxe - A relaxing puzzle