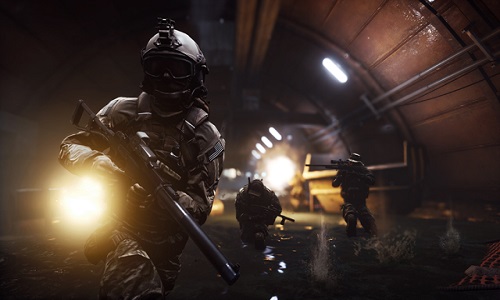 The community knows it very well: the Battlefield 4 netcode is a very sensitive subject. However, Dice today lists the existing problems related to the netcode, those that will be corrected but also those that have been corrected.

To begin with, let's talk about what has already been fixed:

Since January 31, two new icons have appeared in the ATH.

This first icon indicates high latency between you and the server. Do not forget to favor geographically close servers if this icon appears too frequently.

This icon appears in the event of packet loss. Packet loss is common, so this icon will appear every now and then, there is no need to worry. On the other hand, if it appears too frequently, there may be a problem. This will result in the game in an acceleration of the action in order to catch up with the lost data.

The February 13 update included lines of code to identify an issue with failure to account for damage. Dice therefore collects data to correct this problem quickly. Finally, although some players asked if the Tickrate was going to be increased, Dice replied that it was not planned but that they were looking into the possibility of doing so.

Do you want to be up to date and know all the tricks for your video games? In gamesmanagers.com we enjoy playing as much as you do and for that reason we offer you the best tricks, secrets or tips for you to play non-stop. We offer you quality content and always updated to keep you up to date. That's why, in our website, you will find not only videogame guides but also tricks, secrets and thousands of tips so you can play to the limit. Are you ready to get it? Enter now and enjoy your videogame!
Resident Evil: Revelations 2 - Complete Season ❯

AC IV: be part of history