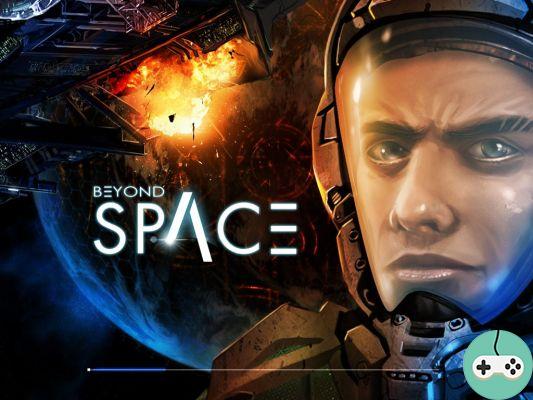 You probably know that I like space fighting games. Even though I'm not always good, blithely missing my targets and crashing into asteroids, it's still fun to navigate through space to the sound of lasers. So when a title announces: Space Opera at its best on iOS and Android, of course, I go for it! 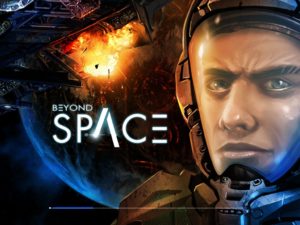 In the game, we play as Max Walker, a mercenary pilot hiring out his services to the highest bidder, who finds himself unwillingly plunged into the heart of an interplanetary conflict during a routine mission.

The game is presented in the form of missions which follow one another, taking us into the story of the poor pilot. Most of the time, it consists of reaching an objective to attack or defend. There is also a mission where you have to win a race in the middle of ship debris. Easy (or not)! Obviously, for one reason or another, it does not generally please someone who gives it their all, sending us ships that will have to be destroyed ... not to be! 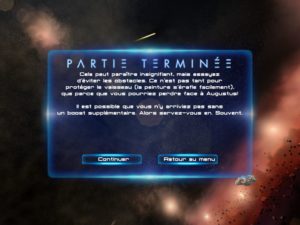 If we succeed, we pocket rewards and move on. 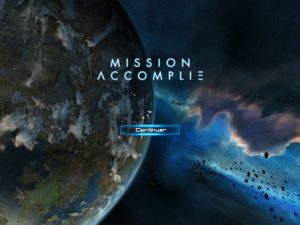 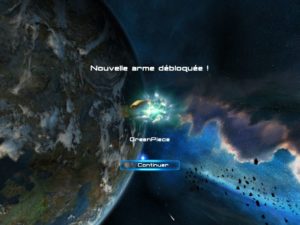 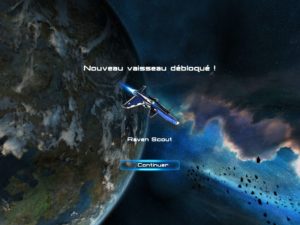 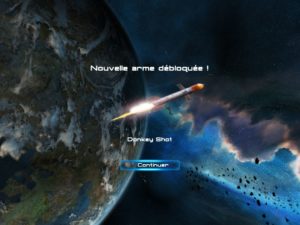 As the missions progress, we therefore find ourselves facing many enemies, pirates and other mercenaries of merciless space. And it also has some twists. But I won't tell you more. It would be a shame to spoil the story for you. 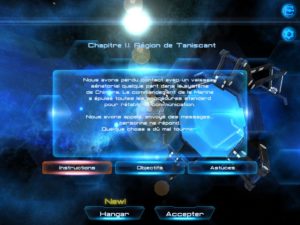 The game is presented in fictionalized form, ie you have to complete a mission to move on to the next and nothing allows you to replay a previously played mission without starting from scratch. Nor to pass a mission where we block despite the difficulty "Relax". Even if we can regret suddenly the lack of replayability, it brings a significant plus to the immersion in history. As for the narration, dialogues take place between our pilot and various speakers who are fully dubbed (in English) and subtitled (in spanish). 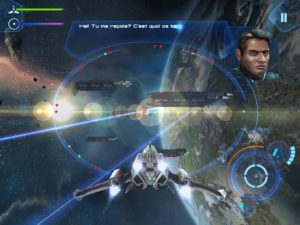 To move, there are two methods: the virtual joystick and the accelerometer. The first will consist in having a kind of joystick which will appear under the left thumb allowing you to go in 4 directions (the joystick can be fixed or appear where we put our thumb for a brief moment). The second will allow you to move the tablet in the direction you want to go. I personally chose the virtual controller because I find that it gains in precision but it is a matter of personal choice. 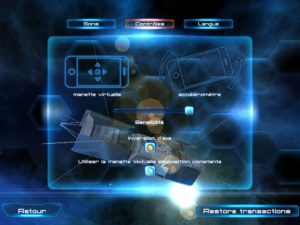 In addition to the 4 classic axes, you can perform special maneuvers with the ship, looping or backtracking via 4 small bands on the left of the screen. Very effective at dodging enemy fire. 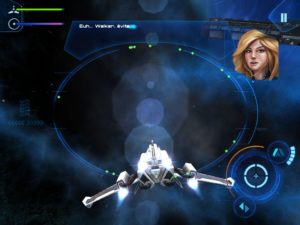 To shoot, you can choose with the small arrows, at the bottom right, the weapon to be used, allowing to switch between primary weapon and secondary weapon, and then activate the large fire button (conventionally with the right thumb). We have a default weapon, with no ammo limit, and various other weapons (also gained during missions) with more or less hits. Next to the weapons, to the right, is the accelerator. This booster should be used with care because it discharges quickly and can save life. 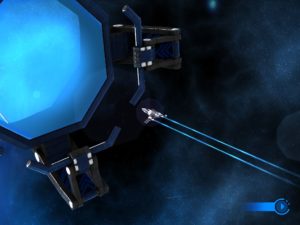 In the game we can play 9 ships. We win our second ship at the end of the first mission, with a weapon in particular, and the others are unlocked as the missions progress. Of course, if you want a ship immediately, you can always buy it via a micro-transaction ... Each has its own characteristics, defined in terms of speed, armor and maneuverability. The ships can be viewed via the hangar where we can observe them and make our choice. 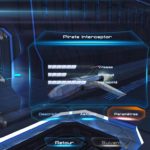 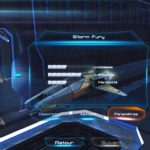 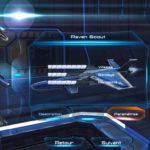 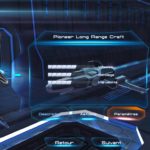 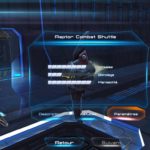 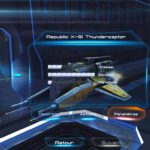 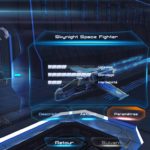 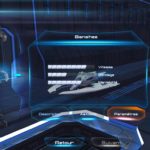 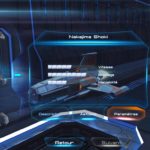 As each ship can be configured via its main and secondary weapons, the booster and the shield, this gives a good number of options, allowing to have a ship that corresponds to the way you play. As with ships, it is possible to directly unlock weapons, shields and boosts via mico-transactions. 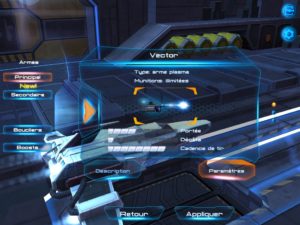 The game is really beautiful, the graphics are worthy of a PC game. The music is pleasant and efficient, supporting the fights with energy. The game has a good lifespan and promises long hours of frantic combat to the most seasoned with 3 difficulty modes: Relax, Normal and Nightmare. 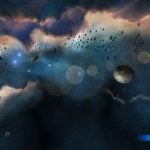 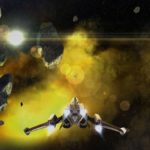 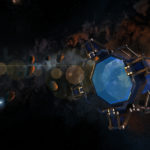 On the negative side, I regret the lack of precision of the controller. I spent too long a time looking for my targets and not having the means to react quickly enough to hunt them down effectively. I admit that the space race put my nerves to the test and I almost stopped the test there because I could not finish on time, seeing myself next to the debris although my ship is stopped dead. The system in the form of a scenario lacks flexibility: if I do not pass this race, the adventure stops there. Never mind. Little tip: follow your competitor's ship at the start: it allows you to take the right trajectories!

Beyond Space is available on iOS et Android since February 27 for 2.69 €.


Do you want to be up to date and know all the tricks for your video games? In gamesmanagers.com we enjoy playing as much as you do and for that reason we offer you the best tricks, secrets or tips for you to play non-stop. We offer you quality content and always updated to keep you up to date. That's why, in our website, you will find not only videogame guides but also tricks, secrets and thousands of tips so you can play to the limit. Are you ready to get it? Enter now and enjoy your videogame!
SWTOR - Affection and Gifts: guide ❯