Bombslinger - A game that makes Boom! 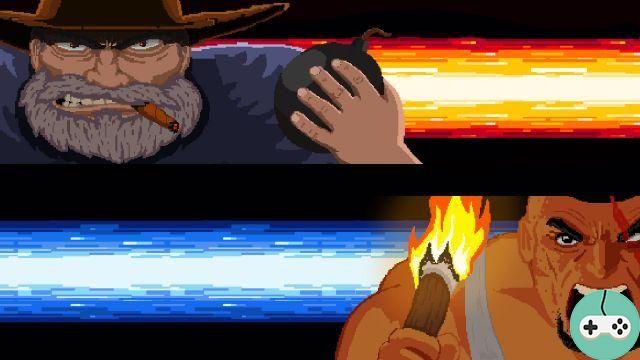 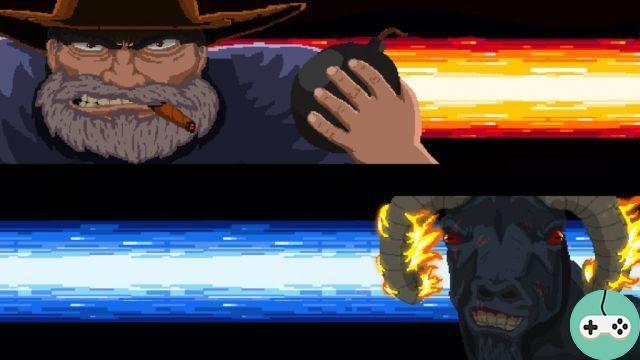 Maybe you are like me a fan of the Bomberman franchise? Or maybe you don't know this monument of the retro video game at all, so I'll explain it to you in a few words: in a closed arena, full of obstacles, four players compete against each other by planting bombs on the ground. ground to destroy the obstacles and then to finally try to ziggle the other three, with great reinforcements of all kinds of bonuses.

It is this concept that the Belgian studio Mode4 is trying to revive with Bombslinger, but by transposing it into a spaghetti western atmosphere doped with pixel-art.

First and foremost, the game is launched in Early Access on Steam. The current content is therefore not representative of the final product, the developers promise future additions, such as 4-player local multiplayer.

The basis of the game is a single-player campaign, divided into several chapters, where you have to progress through small levels whose goal is to zigzag all the enemies present. Enemies that are quite varied and that are not just silly puppets. Some have somewhat special abilities, such as a goat that rushes at us as soon as it sees us, or cowboys armed with pistols, or even molotov cocktail launchers. 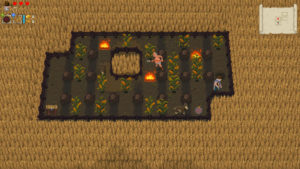 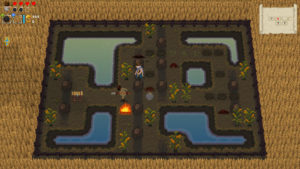 Once these enemies are eliminated, the door opens and we can move forward. The final goal is to arrive at the door of a boss, who themselves have certain special and even more vicious abilities. A giant goat that rushes at us and can push the bombs that we plant, a sort of knife-throwing mariachi, an old man armed with a pickaxe that whirls around and so on. 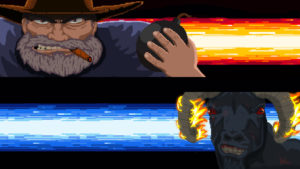 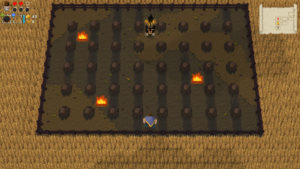 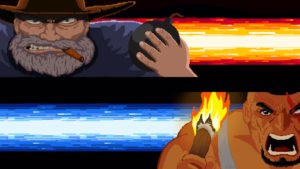 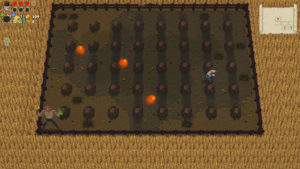 Over the destruction of objects and chests, it is possible to discover certain bonuses to help in the progression: the classic bonuses which make it possible to increase the number of bombs or their power, time bombs or to throw, or even more original bonuses such as bear traps or the ability to hide in rocks. 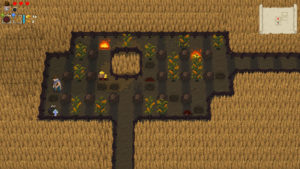 I'll be honest, the single-player campaign isn't straightforward and there isn't (at the moment anyway) a back-up system. So, if you die, you have to start all over again. However, the generation of levels is random, so each part can be completely different from the last.

But still the game is really hard, and after fifteen games, I only managed to reach the third chapter. Fortunately, all along the route there are shops, allowing you to buy very useful items (extra life, regeneration, weapons, etc.) for the gold collected from enemies. 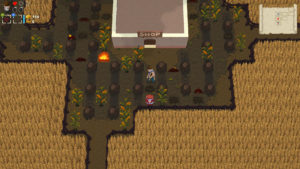 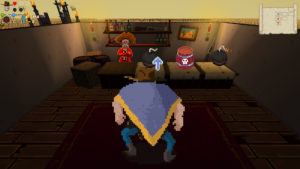 In short, although at the moment the game only offers a single player mode, while the essence of Bomberman is multiplayer, Bombslinger is truly a game to watch, teeming with great ideas. I am waiting to see in particular the Arena mode (therefore multiplayer) which should hold some good surprises if the developers use the same imagination as for the single player mode. And then sincerely, a good evening with friends to bombard each other, it's still something that I miss!

How To Survive – Aperçu

Add a comment from Bombslinger - A game that makes Boom!