Inspired by the classics Thrust and Gravitar of the 80s, Captain Kaon is a shooting game where gravity takes its full measure!

The interface is simplistic and presented in the form of a small television. There is currently only one mode, campaign mode. So I opt for a new journey and take the destination of Ceres. 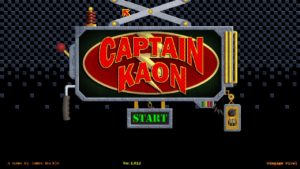 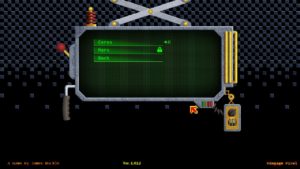 The story is quite simple, evil aliens attack the Earth colonies so I am sent to their rescue after I was released from a military prison where I was languishing for I do not know what crime. 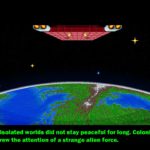 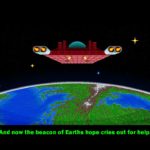 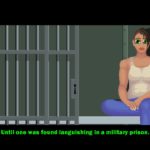 As you can see, the graphics are a bit old-school and rather simple in the cutscenes, as in the game screens. Moreover, the readability is sometimes a little average with the writing in green on a green background. The missions are launched from the following interface which represents the planet where I am: 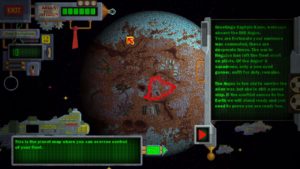 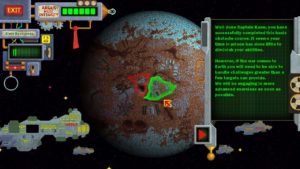 I have a vision of the integrity of the hull (top) and the fleet resources at my disposal, the currency needed to do missions (top left). The missions themselves are to be launched from the colored areas on the planet. In red, it means that the mission is to be accomplished then it changes to green once successful. Note that even if at the beginning the missions cost nothing (or not much), this must be taken into consideration later on when choosing which missions to accomplish because, in the event of failure, the currency is lost .. and it is not infinite! To be successful in beating aliens and winning the war, you don't have to do anything. The launch of the mission begins with the choice then the configuration of my ship. I only have one ship at the start, others will come with the levels. 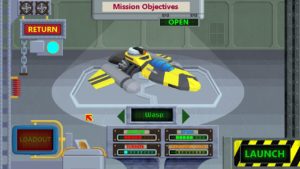 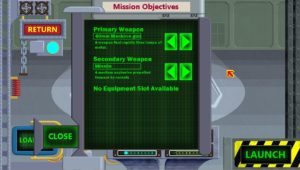 Once in play, I am in control of my ship which is steered using the WASD arrow keys. W is the main key, the one that activates the motors and therefore allows my ship to move forward. The other 3 keys provide direction. And it's not at all obvious at first because the ship quickly goes around the scene, inflicting damage to its hull. And when the hull is destroyed, the ship explodes. 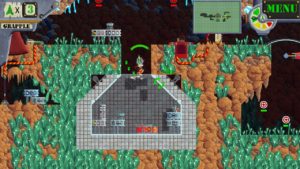 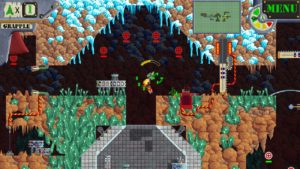 It is therefore necessary to move carefully, while keeping a course away from any element dangerous for the integrity of my hull. By small touches, I advance cautiously and even if it is laborious at the beginning, the grip comes nonetheless quite quickly. It is important not to rush, and always compensate the movements by impulses from the engine. The missions are varied and usually revolve around opening doors (either passing a beam, bringing in a battery, or destroying a battery) or making use of one's weapons (to hit targets or take down enemies). 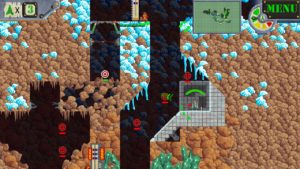 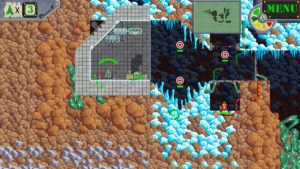 To run, the ship is therefore equipped with weapons, for the moment simple lasers which can be replaced, as you could see in the initial configuration screen, by other weapons later. It also has a hook to grab items and move them (bring them back to the base, place them in a location to activate a mechanism ...). To repair the hull, and stock up on weapons, the ship can take advantage of special spaces as above in gray, very useful and necessary bases because it will damage your ship really quickly between enemy fire and the corridors. tortuous. At the end of a mission, a table displays the time achieved in parallel with the time needed to have a classification in gold, silver or bronze. And how to say ... No comments! 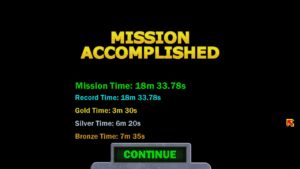 Requiring great precision of the gesture, especially to obtain good scores, Captain Kaon has the advantage of not generally asking to be excellent to advance in the missions. Even if like me you multiply back and forth to the base to repair the hull, and therefore your score is poor, you can continue to advance in the story and unlock new missions. Each mission also comes with multiple lives, clearly leaving room for mistakes. The graphics are vintage, in an Amiga style, we like it or not. But even though I'm not usually a fan of pixel art, it works quite well here and the simplicity of the graphics helps identify dangers to the small ship quickly and efficiently. With music true to the genre, and varied missions, Captain Kaon will keep you busy for a while, especially if you're aiming for excellence in gold! 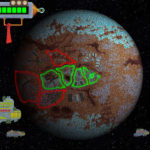 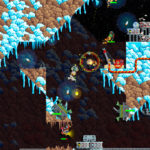 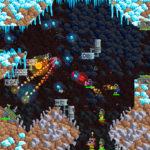 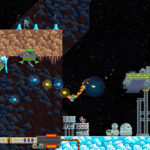 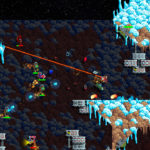 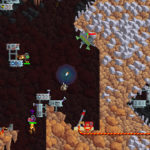 Do you want to be up to date and know all the tricks for your video games? In gamesmanagers.com we enjoy playing as much as you do and for that reason we offer you the best tricks, secrets or tips for you to play non-stop. We offer you quality content and always updated to keep you up to date. That's why, in our website, you will find not only videogame guides but also tricks, secrets and thousands of tips so you can play to the limit. Are you ready to get it? Enter now and enjoy your videogame!
Endless Space 2 - The Exiles are back! ❯

Add a comment from Captain Kaon - Beware of gravity ...