After a first passable pack of cards that cannot be used quickly on a PC (the fault of a rather bad playlist system), Call of Duty: Advanced Warfare returns with the second DLC Ancestry, which adds to the meager content of the base game, for the modest sum of € 14,99. 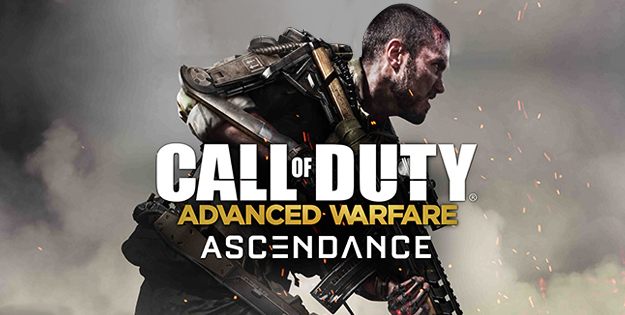 This new downloadable content offers, in addition to the 4 new multiplayer maps, a new exo-skill, the Exo-grappling hook (which we could see in the single player campaign) which is imposed on players in the dedicated playlist. CoD AW, already quite nervous, becomes even more so with this very nice addition, but which requires some adaptation time and which will unfortunately tire quite quickly ... precisely because of the playlist which limits the use of the grapple to 4 Ancestry cards. Apart from the grappling hook, we will note the addition of a new rather dispensable weapon and a new Exo-Zombie: Infection mission.

Night cards are rare in CoD AW, it is always with a certain pleasure that we welcome them. Chop Shop is an efficient card, thanks to its symmetry which favors the Search & Destruction or Strategic Point game modes. The possibility of using turrets is nice, but the complete lack of identity of the card is really detrimental to the pleasure after a few rounds.

Without doubt the most successful map of this second DLC! Perplex is a fairly small map but it hits the mark thanks to its verticality. We find ourselves in a district of Sydney, with apartments in block shapes that move according to the time! Very fun in MME (Team Death Match), this card reveals all its potential in objective game modes, where it is essential to play as a team and to secure the points high up on the site.

Uuugh. That's about the only thing that comes to my mind when I see the card loading. We find ourselves here at the foot of Mount Rushmore, and a rather interesting phenomenon has just happened, since an alien ship has just crashed. We could expect an original level-design, exploration of a destroyed ship, etc ... this is not the case, the map is too flat, quite ugly and does not exploit the ship in any way. Snipers should however like it, thanks to large open areas that leave the field open.

The last map of this pack is a bit off the beaten track since it is circular, and turns out to be quite a success. You could almost believe you are at the beach when you see the scenery, except that instead of sunbathing, you will have to eliminate the opposing team by all means, whether by planting a bomb, by capturing flags or by 'just a bullet in the head. Some activities are also on the agenda, since the water in the pools will sometimes become acid and quickly eat away at our exoskeleton! 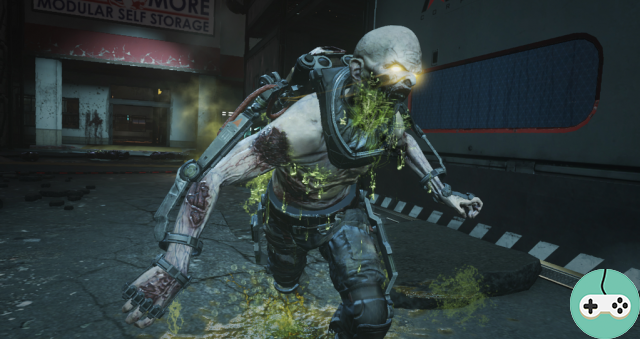 This map is the direct continuation of the Havoc DLC, we find here the 4 members of Atlas, responsible for eliminating the zombie threat, which always arrives in waves. We have the right to a map a little larger than that of the first content, which this time offers us to walk through the sewers. We will also have the right to a secondary objective which requires escorting civilians to specific extraction points. If the survivor arrives safely, a free upgrade is given to our weapon, useful especially for dealing with new enemies. Goliath is in the spotlight here, it's the new type of boss to take down. The latter is very strong and it will absolutely be necessary to cooperate to bring it down.

In the end, this second card pack turns out to be better than the Havoc DLC, but remains far from what we are entitled to expect, especially at this price ... The addition of the grappling hook gives new life to the game , but remains too under-exploited because limited to a single playlist available for owners of this pack. In the medium term, there is no doubt that this DLC will suffer the same fate as Havoc, deserted on PC because too quickly off-putting (coupled with the low number of players with the season pass). The team should really review the matchmaking system, by reducing the number of playlists for example, or / and by allowing rotations to test the DLC maps and motivate the troops to crack.