In Dark and Light, the survival game developed by Snail Games, the world is inhabited by various creatures. Here is a small overview based on illustrations provided by the developer. 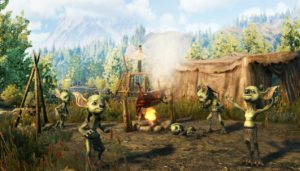 Many goblins hide in the forest and await the unlucky adventurers who roam their territory. They have the ability to stun players and loot anything they have on them. By killing them, you will be able to recover many of their belongings, but it is best to stay away from these sinister little creatures or engage in peaceful negotiations with them.

Centaurs also live in the forest. These creatures with human faces and horse bodies are intelligent, living in structured camps. They have a lot of equipment for combat and hunting, be careful if you try to steal their weapons!

The caves are home to brutal Cyclops who feed on humans. If you want to go and loot a Cyclops' lair, you should consider an alliance with the goblins to stun them or with the centaurs for their powerful weaponry.

One of the most exceptional creatures in the kingdom of Dark and Light is the unicorn. Powerful and mysterious, she is revered by the inhabitants of the Three Cities and possesses the healing power that can be used in combat to quickly restore life. Another creature revered by townspeople is the giant griffin which is extremely powerful on the battlefield, used by many cities for the defense of their towns. Only the Lord of the city has access to these two mounts. 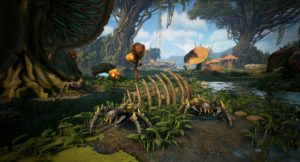 The world is dangerous, no matter which region you visit. The demonic creatures of the forest are ready to pounce on any living creature that dares to wander in the dark night, when it is not the trees that hang reckless walkers in their roots. In the mountains, snow monsters are lurking in the frozen landscape. Dragons thrive in cold and hot climates.

Elemental magic is central to life in Dark and Light, present in every creature, requiring manipulation to ensure its survival. Ice serves to preserve food and lower body temperature in the hot climate. Fire is used to cook food and keep warm during long days in the mountains. Water is used to irrigate crops, while land is used to construct buildings and improve fortifications. 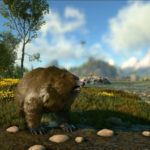 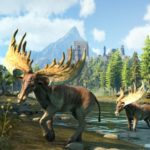 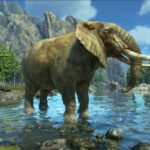 One of the best resources for players struggling to survive comes from animals, which can be hunted or tamed. Goats, wild boars, deer, bears, leopards, elephants coexist with mythological creatures, goblins and dragons. You'll be able to harvest goat's milk, tame leopards as mounts, use bear fur for warmth, and much more. Creatures have great potential in Dark and Light, interacting within a complex ecosystem.

Add a comment from Dark and Light - Some animal pictures