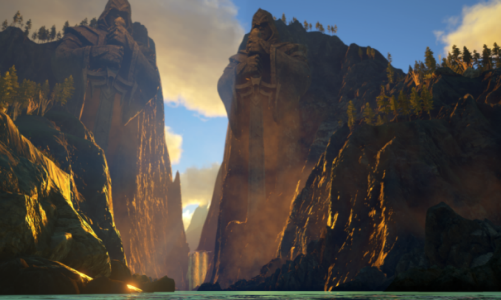 Snail Games announced the arrival of Dark and Light in Early Access this fall. Just to be patient, the survival MMO is unveiled today thanks to a few exclusive images! 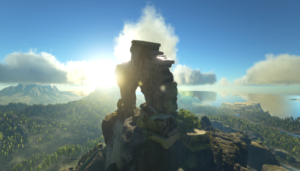 Ancient ruins are spread throughout Dark and Light, and these monuments are not only a testament to a distant past but also a foreshadowing of a revolutionary future. Many of these ruins are portals, and in the past, thanks to them, the inhabitants of Dark and Light were linked to the culture, way of life and magical knowledge of other worlds. 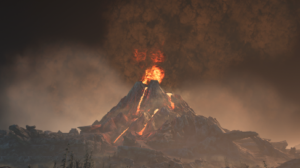 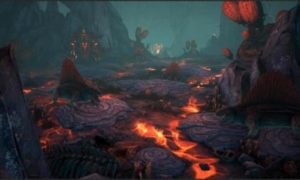 The three factions of Dark and Light, humans, elves, and dwarves, have their own interpretations of volcanic activity and its meaning. For dwarves, the volcano is the cradle of existence, where the god created the world. The elves look at the volcano as an alarm: when the world is in chaos, the volcano erupts. Humans view the volcano as a resource containing magical powers that can be harnessed and extracted.

The environment around the volcanoes is very dangerous and cruel, covered with thick ash and lava holes. But you can also find powerful magical energies and rare materials here that can be harnessed. Namely that there are thermal springs hidden in the mountain, a weakened player will be able to quickly restore his strength there. 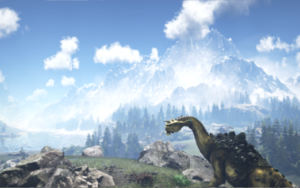 Frozen and covered with snow all year round, this region is astonishing because of its biological diversity and its many mythical creatures. The elves are the faction most closely associated with this place, but humans and dwarves also covet its access, especially for its magical secrets. 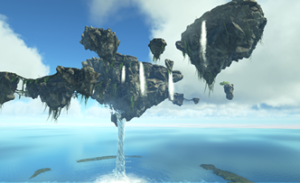 The floating islands, in contrast to the areas mentioned above, are quite calm. They are home to a variety of exotic birds and dragons. On the other hand, to reach them, you will need a flying mount!

Valley of the Guardians 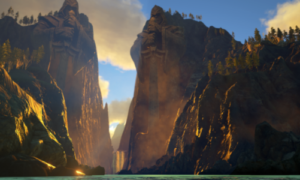 These colossal structures were built by humans to honor the bravery of their ancestors. The two giant figures guard the river which supplies the city with water. The townspeople are doing all they can to protect the supernatural powers that the Valley of the Guardians possesses. 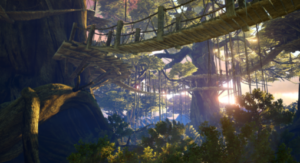 Elves and dwarves occupy the forest. The elves have built a network of tree houses that allow them to move quickly through the branches. The dwarves, on the other hand, prefer to live in the very wooded mountain, a territory easily defensible and difficult to penetrate.

There are a multitude of places to discover ... A fishing village awaits the players at sunset. Beside, it is possible to hunt magical creatures like unicorns with a little luck. If you prefer dragons, there is a dragon breeding area in a swamp nearby. If you prefer the less dangerous critters, you can also find a variety of snakes and insects here. 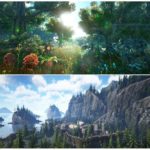 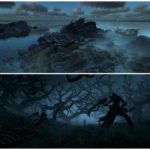 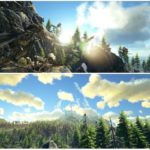 Of course, the game world is also full of sinister creatures that only live at night ... If you're brave enough, you can venture into the ruins of an abandoned underground prison or head to a rocky island ruled by a giant werewolf where many ships ran aground with their riches.