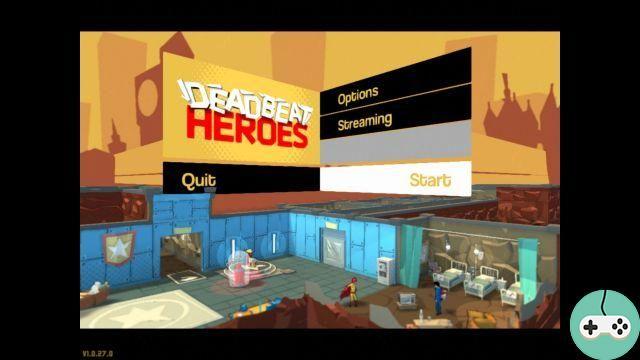 Deadbeat Heroes is a new fighting game published by Square Enix Collective, their label specializing in independent games and which fulfills with this game one of its missions: to support the greatest talents in the industry to give them the opportunity to 'use all their creativity. At the head of the English studio Deadbeat Productions: Adam Langridge and Imkan Hayati, two former developers from Lionhead and Rockstar.

At the launch of the game, the cartoon influence immediately strikes in the aesthetics of the interface and its funky music (signed Pitstop Productions). On large panels dominating my HQ, I quickly review the options (audio, video and direct streaming without the need to rely on external software), discovering that here the mouse will be useless. So I switch to the controller, much more practical than the keyboard. Not finding the option to play the game in spanish (and Steam confirms that the title is only in English), I immediately jump into the action! 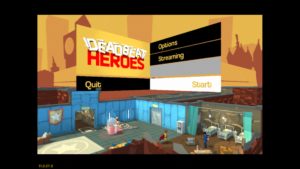 We are in London in 1970, a blessed time for the villains who, rid of the superheroes of the 60s, have a blast with impunity. Nobody seems ready to oppose these new geniuses of crime ... except Captain Justice, a hero of the second world war, too old to go on the ground himself but determined to train a new generation of heroes to oppose the wicked. Since there are no more real superheroes, he took it into his head to recruit normal people and arm them with a super-tech created by his lifelong friend, Aubrey Primrose. The first of these new superheroes is the character we discover in the tutorial, Felix Movewright, an accountant ready to change the world! 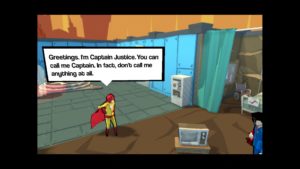 After a brief introduction and an inspiring speech, Captain Justice invites Felix to go train in the dedicated room at the back of the secret super base. A short tutorial explains the basics of movement and combat. 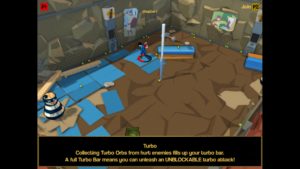 Movement is the key to success. The character jumps with A and performs a double jump while keeping A pressed in a second time. Thanks to B, he performs a dodge which can be combined with the jump to be performed in the air and go further. Using the walls, dodge allows you to jump from one to the other. Thanks to X, the character attacks, which also combines with dodging and jumping to deliver attacks from all angles.

The character's life is displayed in the circle at his feet in red. The second half is the energy accumulated by collecting the blue globes on the ground that charge a destructive special attack of the glove, the superweapon created by Aubrey. The animation of this attack is exaggerated, with an animation displaying a gigantic onomatopoeia (which damnably reminds me of a certain Batman and Robin series which basically displayed the "bangs" received!). 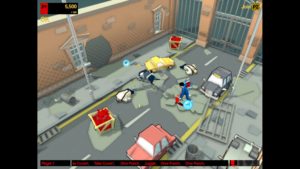 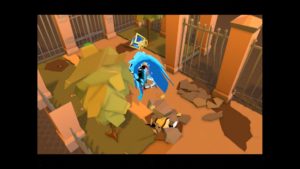 The special attack changes depending on the improvement equipped in the superhero HQ but also on the enemies encountered, it will indeed steal the powers of the villains and thus give the temporary power to become invisible, to use a freezing ray or even launching a rocket. All in finesse!

Combos and various other attacks complete this arsenal to survive against orders from sneering minions who also have special abilities. 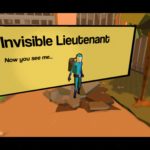 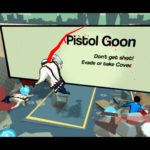 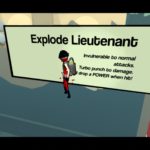 The entire game is intended to be played preferably as a duo, although solo players will be able to go and secure the neighborhood without a sidekick.

The game is organized by chapters, for a total of 35 levels spread across London, from its streets to its underground. For each chapter, it is necessary to complete each level with a minimum score to annoy the boss so that he shows himself. Killing the boss is the only way to end the chapter and save to move on. 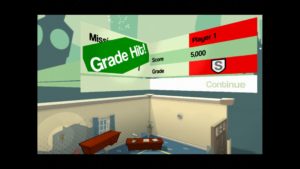 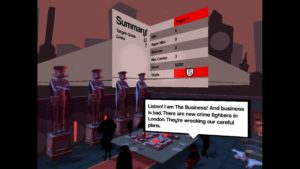 And death is punitive because, if all the superheroes fall, whether it is during the fight against the boss or even in the levels, you have to start all the levels of the chapter again. Back to zero! A punitive side that personally does not really please me, I would have preferred that this be a deactivatable option, just to be able to discover the game without the fuss. 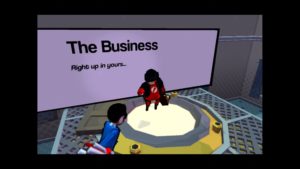 From what I could see, the levels are quite varied and the bad guys have a nice arsenal. There are even innocent victims to save! 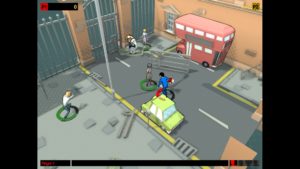 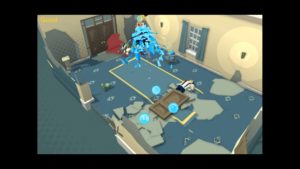 Honestly, I wasn't necessarily expecting much from this game when I received the key, fearing that I would end up with a new brawler-style clone that Steam is currently being overwhelmed by all independent studios. And I was pleasantly surprised! The character is very responsive, offering explosive gameplay in an offbeat adventure where real research has been done on the graphics and the musical environment to take us to another era. To a certain extent, it reminds me of Cuphead that I was testing recently, the bias is in any case similar even if the time is not the same. 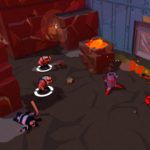 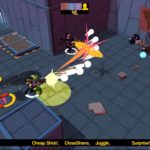 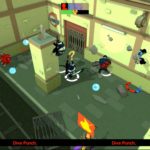 If you love action games and playing your fists, especially if you have a friend next to you to share your adventure with, Deadbeat Heroes is definitely worth considering. Just take into account that a good dose of patience is required to endure final death. It would be a shame to break a friendship for a silly death that will make you redo the last three levels that you could not manage with your buddy!


Do you want to be up to date and know all the tricks for your video games? In gamesmanagers.com we enjoy playing as much as you do and for that reason we offer you the best tricks, secrets or tips for you to play non-stop. We offer you quality content and always updated to keep you up to date. That's why, in our website, you will find not only videogame guides but also tricks, secrets and thousands of tips so you can play to the limit. Are you ready to get it? Enter now and enjoy your videogame!
ESO - How to gain experience quickly? ❯

Shadow Warrior 2 - Did you say badass?