Onidra told us about the demo some time ago, the game is now available on Steam and I was able to test the final version. I will not expand too much on the topics already discussed, because they have not changed.

The game begins with a legend: a long time ago, humans lived in a world covered with earth. Mankind was living a real golden age, both cultural, economic and technological. Then came the day when some of them wanted to dominate the others and a terrible war broke out on the whole world which lasted a long time and made many victims. The Gods decided to punish men by throwing the Great Calamity on them, which exterminated all the terrestrial fauna and swallowed up all the continents under water. 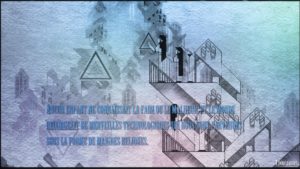 However, a goddess decided to offer humanity a very last chance and deposited a wonder in the darkest and deepest recess of the ocean and addressed all men saying:

Whoever will reach the end of the Infinite Passage and bring me back my wonder, if he or she is worthy of it, will launch an era of renewal for humanity.

Since then, many men and women have scoured the oceans in search of the Infinite Passage and wonder, unaware if it is treasure, knowledge, technology or something else. 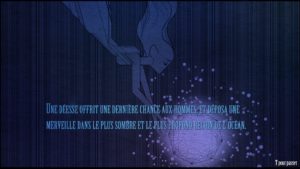 It is therefore on this little legend, a mixture of 20 places under the sea and the myth of Atlantis, that our adventure begins. We are in the shoes of one of the people going in search of this famous wonder and we will travel the oceans, going further and further and deeper and deeper.

We find ourselves at the controls of a submarine to explore the ocean floor. The game starts with the type of submarine you want to use, but it will be possible to change it during the adventure by purchasing the other models. Three in number, we therefore have: 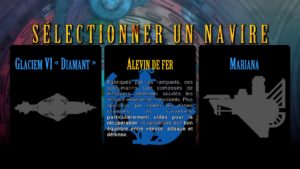 During the adventure, the submarine can be improved to increase its basic characteristics, but also to add new pieces of equipment. 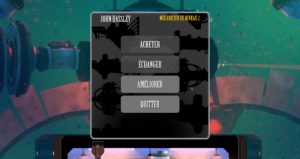 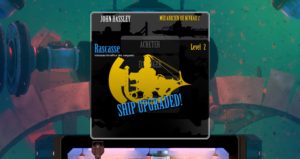 We find ourselves in an aquatic world that I find relaxing. The areas seem small at first glance, but they are not, they are huge and enough to get lost many times. 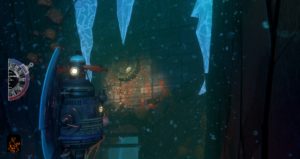 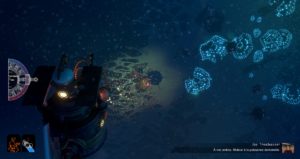 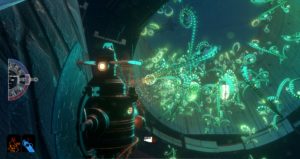 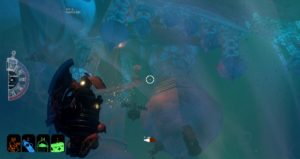 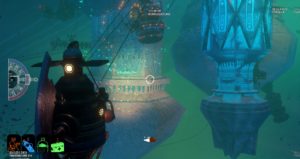 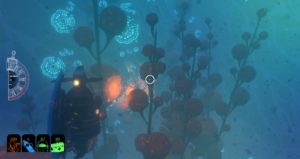 However, it is not possible to explore everything from the start. Indeed, you will have to improve your submarine if you want to dive deep into the abyss. 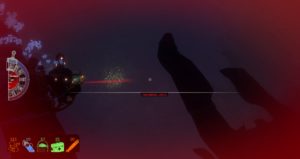 The world is dotted with colonies where you can recruit crew members, buy food, recharge your oxygen reserves ... You can also discuss with individuals in order to have information on the world and its mysteries. . 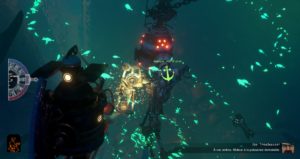 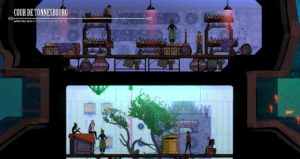 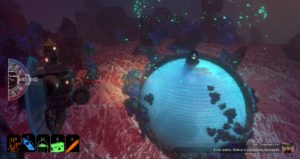 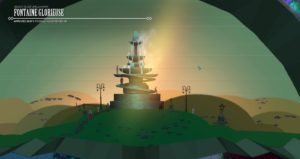 Several areas can thus be explored, each one has its own atmosphere, its settings, but also its enemies. 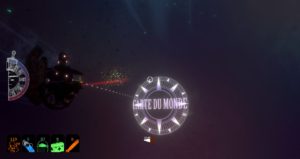 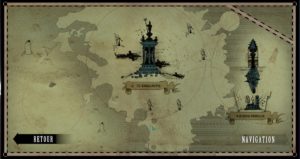 Speaking of enemies, we will mainly meet pirate submarines. But the depths are full of dangers such as ancient mechanized devices, giant metallic "monsters" ... Some will give you the impression of being a small krill wandering next to a whale.

If you are used to games in space or in the air, the fighting will not disorient you. Rather simple when it comes to basic enemies, the fights against bosses / large enemies will be more tense. Indeed, the latter will have several zones that can be targeted, for example cannons or torpedo launchers which, once destroyed, will prevent the enemy from using them. 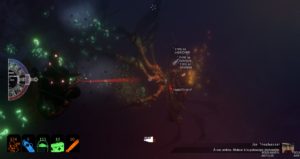 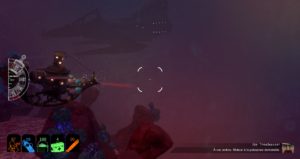 On the lifespan side, I haven't finished the game yet, but it looks to be pretty good. I am personally at about ten hours of play and I have only just arrived in the second zone of the game, while specifying that I have not yet been able to reach the bottom of the first zone, my submarine cannot descend beyond 500 meters. If the rest of the game offers the same amount of content, that promises around 25 hours of playtime while exploring fully. Which is more than honorable!

However, all is not rosy. When you are in troubled waters, navigation is really (too) difficult. In addition, during big fights, the "oxygen bubble" type effects completely mask the action on the screen and it becomes very difficult to know what you are doing and where the enemy is. 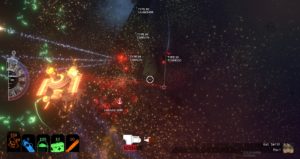 The map is really not that great, especially due to the fact that we cannot know where we are which, coupled with the visibility problems in certain places, which makes us go around in circles for very long minutes.

The game is beautiful, the atmosphere that emerges is both soothing and restful. The lighting and effects are well rendered and worked.

The decorations, even if it's always oceanic, are still varied. We travel through frozen underwater areas, "forests" or even vestiges of the ancient human civilization which have been found underwater. 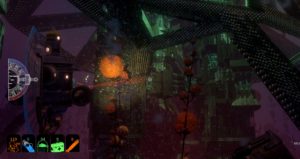 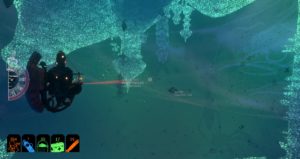 As for the soundtrack, the music is very pleasant and sticks perfectly to the atmosphere even if they will not mark the spirits.

The game is really good. The lifespan is more than honorable and the atmosphere is really excellent. The game has a rather slow pace, which requires the player to take time, both in terms of exploration and combat. But if you're into exploration games, looking for a quiet, restful game (by that mean you're not going to dump 500 clips and throw 30 grenades a second at hordes of enemies) this last one is done. for you !

Add a comment from Diluvion - When Jules Verne meets Plato