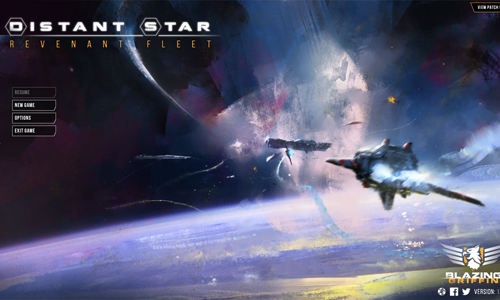 Distant Star is a PC game developed by Blazing Griffin, which remained in early access for a while, it has since been fully released and available. To classify among the rogue-like it is located halfway between a Homeworld and an FTL Taking place in a universe where space is filled with pirates, merchants, mines and other more or less friendly sidereal vestiges, you have '' a small fleet of vessels that you have put together and that it will be a question of carrying to port.

The game itself is split into 2 main parts, on the one hand the progression and management of your fleet itself and on the other hand the combat part in real time but nevertheless having a tactical view with active pause.

The general map is made up of a set of nodes allowing you to progress with a certain "freedom" (in the end relatively limited). At each stage, there is a problem, a possible choice to be made and sometimes objectives to be fulfilled where your fleet will therefore be put to the test. 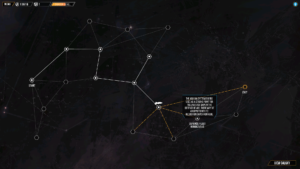 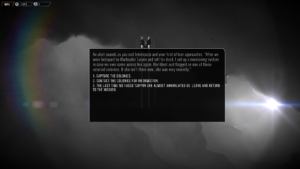 Generated in a procedural way, the galaxy will have many surprises in store for you and the encounters will be far from warm. You will therefore have to deal with the events on offer and make your choices with a minimum of discernment if you do not want to lead your fleet, which has just endured difficult battles, in enticing challenges but too delicate for it.

The Choice of Weapons

The real-time part takes place in a portion of space delimited for the occasion and thus brings out the great classics of RTS on a (very) small scale, life bar, shield bars, some skills and plenty of micro management. Note however that the game certainly takes place in space but it remains on a single plane.

In addition, as said before, although taking place in real time, there is an active pause which can prove to be useful for the delicate confrontations or quite simply to have a better glance on the course of the events. 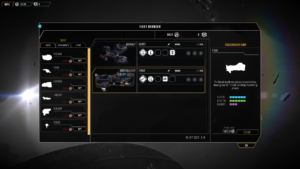 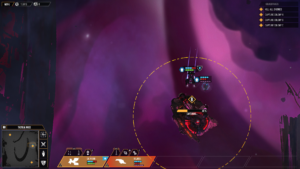 The different ships offered are varied enough to accommodate a number of ways to play. These range from the big heavy ones with the maneuverability of an oil tanker on a ski slope, to the lighter, more manoeuvrable and with the resistance of the best wet pieces of toilet paper in the galaxy.

To this is of course added a plethora of active or passive skills and weapon customizations. The options are classic but relatively well supplied, several types of ships, different tonnages, armor, speeds or fire powers with choices and opportunities that will expand as you progress.


The principle of the action itself lies mainly in the micro-management of your ships with their abilities and of course the choice of your targets. All this without losing sight of the fact that stationary ships receive a shield bonus and that it may therefore be perfectly wise to collect, than to attempt to dodge with a significant risk that it will be done in vain. 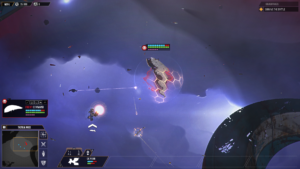 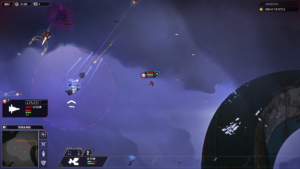 Based on the very fashionable principle of rogue-like but this time carried in space, Distant Star offers us a relevant sidereal outing, with artistic and musical direction not necessarily original but successful.

The concept remains interesting and works as it should. Be careful, however, to arm yourself with patience and to stimulate your tolerance to pain because the difficulty of the game can sometimes be somewhat increased.