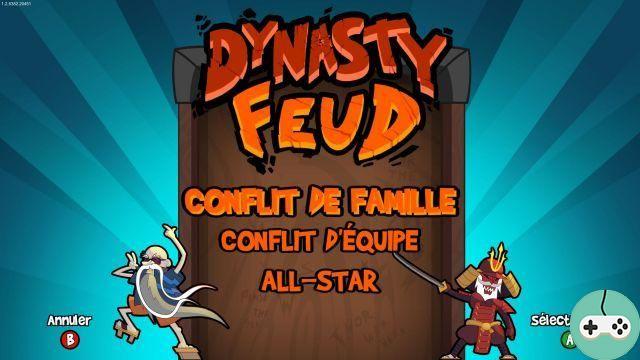 Recently released on Steam and slated for later this year on PS4, Dynasty Feud is a 2D fighting game created by an independent Spanish studio.

When launching the game, the first thing to do is to go to the options to play it in spanish because, by default, it is configured in English. Once done, I advise you to take a look at the very comprehensive help which details the different game modes and gives tips for winning. 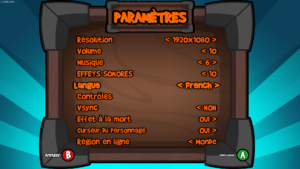 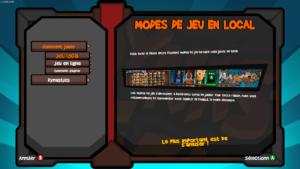 There are therefore 8 dynasties: 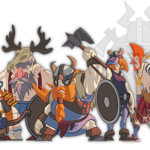 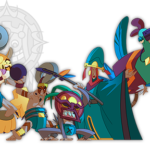 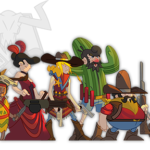 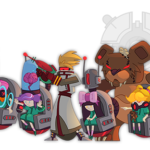 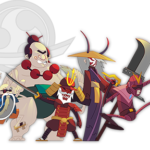 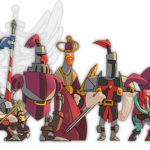 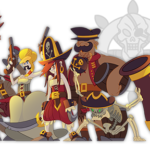 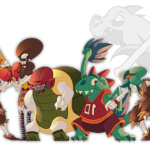 Locally, there are 3 modes, requiring a minimum of two because the game has no AI or for that matter a story mode to offer:

In addition, a training mode is there to test its abilities on silly mannequins. It doesn't really help much as the targets don't defend themselves like real players would. 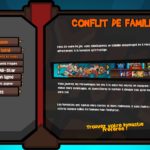 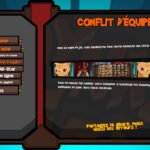 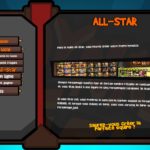 En line, it is the family conflict mode that takes precedence, with a connection with random players depending on the level. There is also a 1v1 ranked mode for competitive players wishing to compete against others for ranking, with a league and rank system. 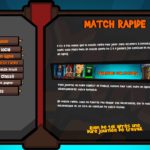 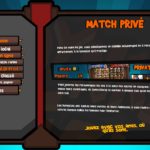 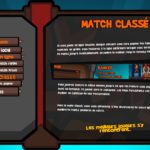 Once in play, after choosing the game mode (team conflict, family conflict or all-star), the dynasty (eight are in play but only two are initially unlocked) then the card (also eight, a card by dynasty, which unlock at the same rate as the dynasties), we find ourselves in two-dimensional levels. The graphics are correct, nothing more, at least if you like pixel art. The music puts well in the frenzied atmosphere of the title, up to the very convincing sound effects (jumps, special movements ...).

Each player has five characters, or five lives, and you have to be the last alive to win. Each character has only two abilities linked to the X and Y buttons, supplemented by a special ability on B when the gauge is full (SUPER FEUD). They are all very fragile, mostly dying after just one hit, leaving no room for error. With so few abilities, the characters have uneven powers, resulting in situations in which there is no way out of them alive.

On the death of his character, before returning to the skin of the next, the deceased takes rapid control of the guardian of his dynasty who has the ability to annoy other players with flashes or giant balls. This can easily turn the tide of the game and create some great laughs. 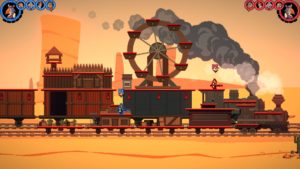 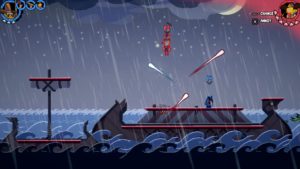 The environments are varied and take us to the worlds of dynasties with one constant: platforms, lots of platforms! There is plenty to climb, jump right and left and dodge the attacks of others. The Wild West map is particularly fun because the playground is made up of two trains running at full speed. There are regular random events that are triggered like a sea monster attacking boats, lightning, lava flows ... 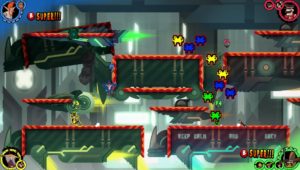 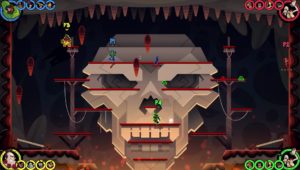 Dynasty Feud is a good little game with dynamic fighting, offering a very wide range of characters allowing all types of players to find something to suit them. Unfortunately a lot of elements that many other similar types have on the market, with independent studios creating a plethora of 2D fighting games right now. To see if the game will be able to create its community to stand out from the others and offer enough online games to win solo players. I have to this day a big doubt about the online future of the title. On the other hand, if you are looking for a new Party Game to amuse your friends at home for an evening, you will have a good time defending the colors of your dynasty. 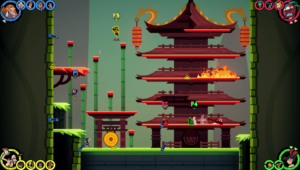 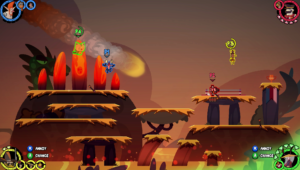 Audio Video Dynasty Feud – Baston !
Paragon - How to get started in the game ❯