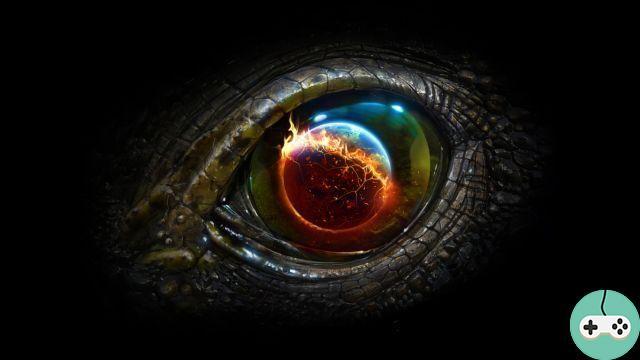 "Dynamic and fast" are two words the developers of Earth Liberation have used to describe their game. 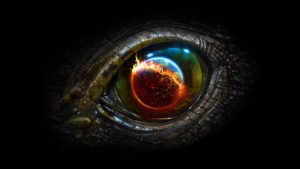 And the least we can say is that this real-time strategy game does indeed meet these two adjectives! The developers' goal consisted of four points to keep, according to them, the best of RTS titles:

Well, in this overview, I suggest you take a look at these four points in turn to see if the mission is successful! 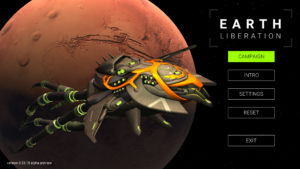 But above all, a little video trailer!

Simple to say the least with no more than one resource! It couldn't be simpler on this side. Does it work so far? Well, yeah. There are two ways to recover resources: time, the resource accumulating on its own as you go, fast enough that you don't have to wait half an hour to create an additional unit, but slowly enough that you still have to be careful. how to use them. The second possibility is to recover crates of resources on the map by bringing a land unit on the one which generally contains enough to train you a few men.

Resources are not the only aspect of an economy, what they are used for also matters. On this side we find something quite simple too, with few buildings possible, at least initially, and a priori no technology system or improvements to buildings and units such as can be found in Age of Empires II for example. In addition, buildings cannot be built anywhere, only on specific locations, which therefore limits the number of possible buildings, you will sometimes have to choose what you really want! 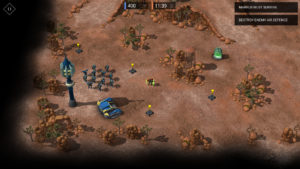 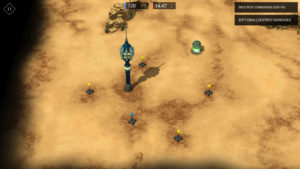 No time to procrastinate in this game or spend 90% of the mission time building a huge army. Indeed, the missions are timed, and you will only have a relatively short time to complete them. With a good start and a good strategy, time should not be running out. But in the event of a false start or crucial strategy error ... time could be what will make you lose without even being devastated!

In your haste you might think that building as many defense turrets and other buildings as possible is the best strategy ... but you might be wrong! 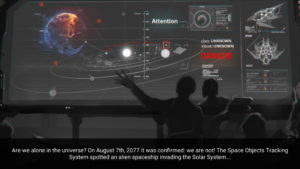 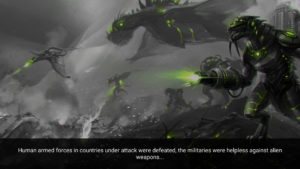 There is nothing to complain about on this point, the enemy units are constantly flocking, not always effectively as a result. Rest periods, if they exist, are brief and only serve to prepare for a larger wave. In any case, the enemy is always superior in terms of resources and renewal of units or defense. The advantage for him of being a defender while you are attacking him. Destroying enemy barracks will therefore be one of your priorities to reduce the influx of adversaries. It is also often wiser to face enemy units near your base to take advantage of your defensive turrets rather than the other way around! 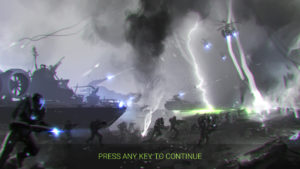 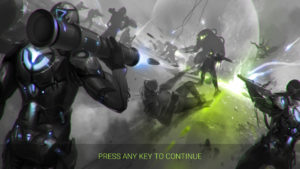 This is perhaps the point on which it is more difficult to judge. With a short game clip, this is quite difficult. What is clear is that there are several classes of units on the ground for example, and that each class has its advantages and disadvantages, its own talents that you will have to know how to combine and exploit. Mortars, for example, are excellent for destroying turrets while staying out of range or decimating entire armies ... these armies must still not be in contact with them! This is why ordinary soldiers are needed by their side to defend them. A good point about the units is the damage zones of explosive weapons such as mortar or helicopter rockets.

Despite this, we remain on a fairly unequal ratio in the units and for the moment it seems that the helicopter + mortar combo can make its way through most missions. 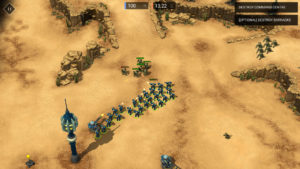 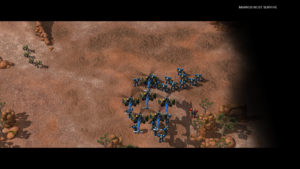 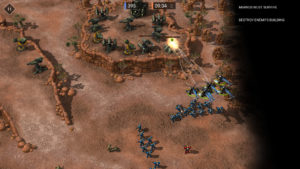 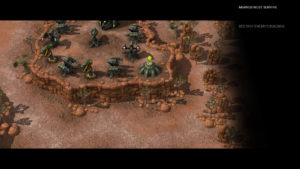 Let's talk a bit about other elements of this game: 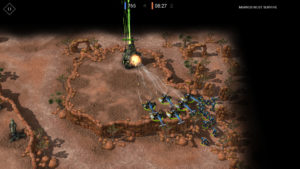 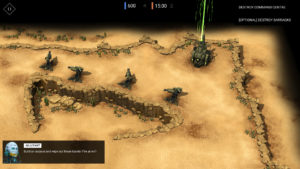 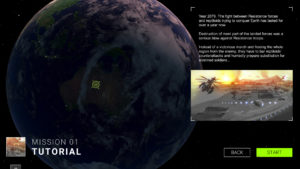 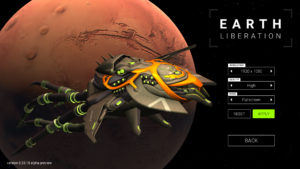 In short, in the end we have a pretty nice title according to the alpha available. If this preview made you want, know that the demo is available for free to do the first five levels. You can therefore test yourself to get an idea. To download it, it's here!

The game is also currently running a Steam Greenlight campaign, so don't hesitate to put a little thumbs up if it makes you want! 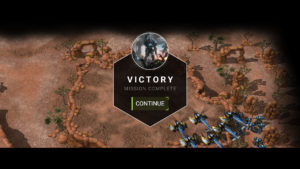 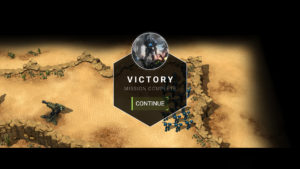 Do you want to be up to date and know all the tricks for your video games? In gamesmanagers.com we enjoy playing as much as you do and for that reason we offer you the best tricks, secrets or tips for you to play non-stop. We offer you quality content and always updated to keep you up to date. That's why, in our website, you will find not only videogame guides but also tricks, secrets and thousands of tips so you can play to the limit. Are you ready to get it? Enter now and enjoy your videogame!
FFXIV - Labyrinth of Bahamut - Round 1 ❯

Add a comment from Earth Liberation - Free preview and demo