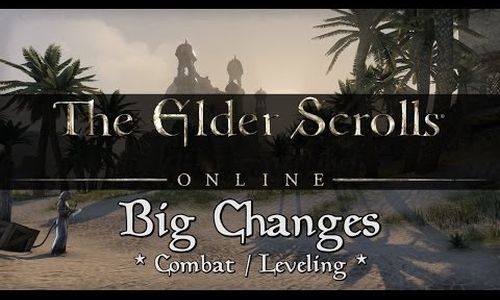 The start of the game, after getting out of prison, brings us to an island specific to each of the factions: Bleakrock, Stros M'kai and Roost. These islands are considered slow and uninteresting. They contain a city, citizens to defend, monsters, quests, celestial shards, resources and a story but it is now possible to skip them in order to go directly to the next to explore at your convenience. Force (and me too) still advise you to discover them in order to gain experience, Celestial Shards, and all other hidden rewards. Fortunately, you can easily return to the island later if you have decided not to go.

The players were complaining about the soft fights, they felt like they were blowing the wind and not having any reactions from the monsters and our character to the hits received / given. The issue has been fixed and The Elder Scrolls Online now has a collision system! This is currently available in PvE. It will therefore be necessary to pay attention to his movements, in dungeons for example, in order not to get stuck by monsters and to remain free of his movements. This system makes us feel more alive! Animations have been improved and now look much smoother and more natural. Screen shaking is also required in order to better feel the blows received. We gain more experience but the amount of experience needed for each level will increase more and more as we get closer to 50.

Collision is currently not integrated into PvP as there are a lot of players in the same area and this would reduce performance which would result in in-game lag. They prefer to offer bigger battles to players at the moment. , without lags, only small battles with the collision. Force therefore wonders if the collision will be added later.

Black cracks appear and work, among other things, like black anchors but smaller. This system is especially reserved for solo players who will indeed be able to accomplish these black cracks alone. The black anchors have seen their difficulty increase a little. The goal of these two systems will be to defeat the Daedra and close the fissure.

What do you think of these changes presented?