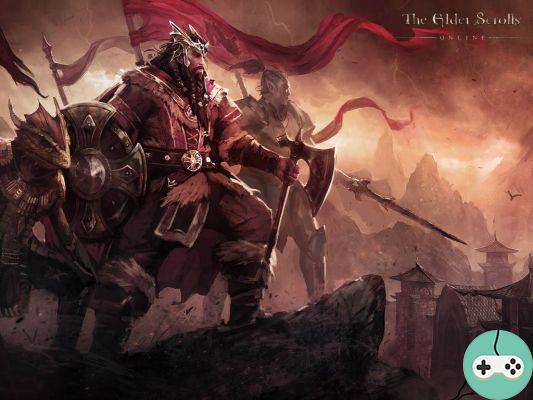 A few days ago, on the TESO website, we saw an article presenting the biography of Jorunn the Scald King, told by Helgreir Voix-de-luth, Bard de Vendheaume (source). Do not hesitate to go to the official site if you have a little time, it is nicely presented.

For those in a hurry, here are the key points from the story of this great man, the High King of the Ebonheart Pact:

Until 2E 572, Jorunn, nicknamed the Scald Prince of Skyrim, was not destined to rule. Defenders of the arts, he is the unofficial leader of artists in all these places of residence and surrounds himself with talented people whom he maintains. During the attack on the Akaviri of Dir-Kamal in which his sister and mother perished, he defends his kingdom alongside Wulfharth the Ash King, a hero of Sovngarde called by the Graybeards. The outcome of the war changes when Dir-Kamal bypasses Faillaisse, fortified by the two Nordic warlords. In Éboulis, the Akaviri army finds itself caught in a pincer movement between the Nordics and a Dunmer army led by Almalexia, reinforced by the unexpected arrival of a phalanx of Argonian Ironback led by three reptilian battle mages. Jorunn was crowned High King in the throne room of the Palace of the Kings of Vendheaume, three weeks after these events and became the King Scald.


Do you want to be up to date and know all the tricks for your video games? In gamesmanagers.com we enjoy playing as much as you do and for that reason we offer you the best tricks, secrets or tips for you to play non-stop. We offer you quality content and always updated to keep you up to date. That's why, in our website, you will find not only videogame guides but also tricks, secrets and thousands of tips so you can play to the limit. Are you ready to get it? Enter now and enjoy your videogame!
The Division - Little Agent's Guide: The Intels ❯