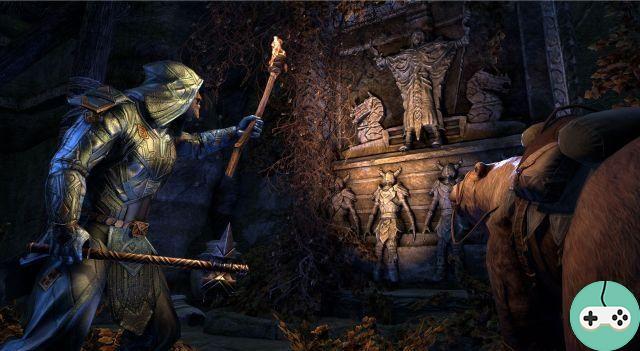 In this pack, we find Wrothgar, a whole new area full of dangers, secrets and possibilities for exploration. 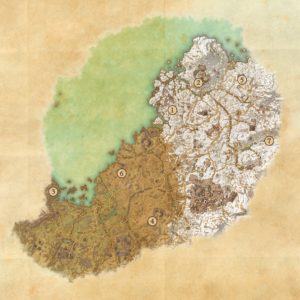 Is there seven zones important which corresponds to:

Frozen Fleet is a region known for its many bad weather, unpredictable storms and very frequent and numerous shipwrecks. During an invasion of the Daggerfall Alliance, an entire fleet of ships was stranded in the ice during a massive storm. Since then, many ogres have taken over the boats as the few survivors try to regroup and organize themselves to free themselves from this ice trap. 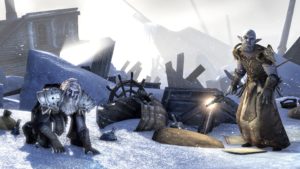 At the northern end of Wrothgar is the Fharun clan fortress, a colony of orcs remained faithful to the teachings and traditions of Malacath. This loyalty is unfortunately in total opposition to the resolutions of King Kurog, who wishes to lead the Orsimers into a new age, which the ancient traditions of Malacath want to prevent. In addition, this clan is a prime target for the Vosh Rakh, fanatics who try by all means to impose the word of Trinimac on the whole land of the Orcs. 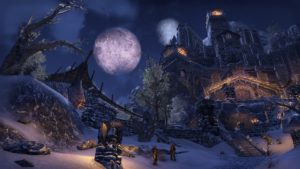 The ruins ofOrsinium la Vella are a popular destination for adventurers and especially treasure hunters. Orc Original City having undergone and supported a siege led jointly by the Bretons and the Redguards, which for thirty years, the latter still conceals within it all the history of the Orcs. In these ruins, you also learn more about Malacath and face the savages nedwinter of the Crevasse. 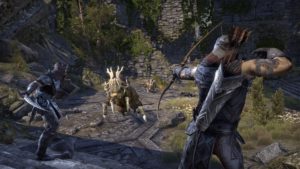 The Grisepierre Quarry, a site known to provide a phenomenal amount of stone to rebuild the city of Orsinium, is under the control of the Orcs of Tumnosh Fortress. The clan Tumnosh is very proud of his career and the stones that come out of it. However, for some time now, the city's chief mason has been worried about no longer receiving his stone orders. 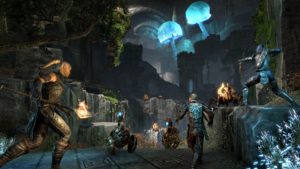 Chagrin is the highest peak in the Wrothgarienner Mountains. The latter is a sacred site, but also one of the most dangerous places in all of Tamriel. This peak was once used as a graveyard by the Orcs. The more an orc was respected and considered powerful, the higher its body had to be buried. Legend has it that king Torug, Wrothgar's greatest hero and founder of Orsinium himself, is buried at the highest point of Sorrow Peak. 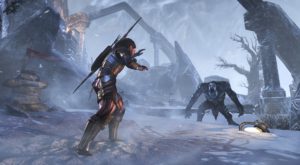 Tertre of the exile

Recently, a small isolated clan of chef Gloorot who settled near the mysterious mound of the exile knows many problems. Indeed, the rest of the dead seems to have been disturbed. This mound, a veritable labyrinth, is of Nordic origin and no one explains its presence in the very center of Wrothgar. 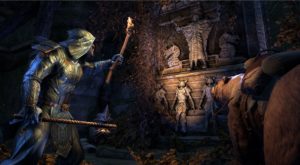 The Dwemer ruins de Rkindaleft were stuck in the ice north of Wrothgar for so long that they were simply forgotten for many, many generations. It was during the retreat of a glacier northeast of Orsinium that part of the ruins resurfaced. Following this, scholars and explorers from all walks of life rush there to learn as much as possible before the ice returns once again to bury everything and block this city again. 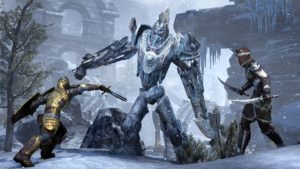 What do you think of this first glimpse of Orsinium?


Do you want to be up to date and know all the tricks for your video games? In gamesmanagers.com we enjoy playing as much as you do and for that reason we offer you the best tricks, secrets or tips for you to play non-stop. We offer you quality content and always updated to keep you up to date. That's why, in our website, you will find not only videogame guides but also tricks, secrets and thousands of tips so you can play to the limit. Are you ready to get it? Enter now and enjoy your videogame!
Destiny - Inferno Mode Is Available This Week ❯