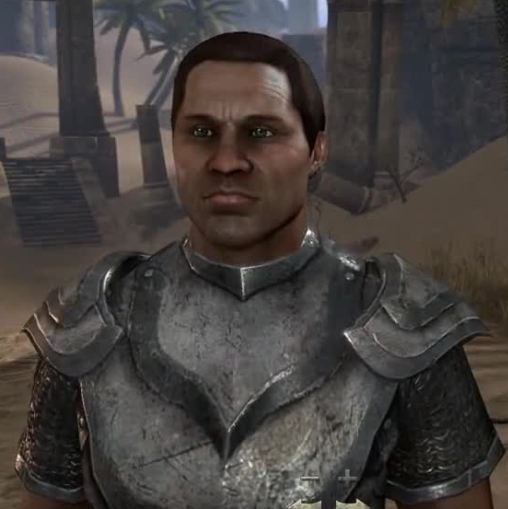 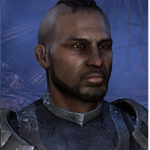 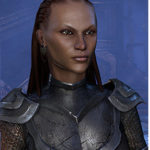 The Redguards are a people of great bravery but also very proud, they value their independence above all else. They are very good scouts or adventurers but they are difficult to subject to strict discipline.

Many Redguards are nomadic travelers who cross the great desert ofAlik'r, in the heart of Martelfel.

The Redguards are outspoken, and can't stand intrigue or hypocrisy. They are not very fond of magic and find those who practice it generally cowardly or uninteresting.

Their skin is dark, tanned by the sun of Martelfel but even before that their homeland Yokuda. It can vary from light brown to dark. They have one coarse hair, sometimes mustache or bearded. Some Redguards, however, proudly sport tattoos.

The Redguards hail from the continent come from a now engulfed continent of Willing, which was west of Tamriel. The term "rougegarde" comes from the yoku dialect "Ra-Gada"They were skillful warriors whose most gifted members could seemingly fight with a sword forged by their minds.

From the year 1E 808, the Redguards began to migrate to the present-day province of Martelfell, which stretches from the Bay of Illiac in the north to the edges of the forests of Val-Boisé in the south. They remained isolated from Tamriel's infighting for a very long time.

There are two political clans of Redguards:
- The Wreaths, which are mainly made up of the old nobility of Yokuda, faithful to the traditions; they do not accept the incursions of the empire and Cyrodiil into their ancestral culture.

- The Ancestors (Forebears), who are more attuned to novelty and change and more easily integrate and communicate with the other peoples and cultures of Tamriel.

These are the ones who sit in the capital of Sentinelle, with their king Fahara'jad, whose daughter Maraya, married the High King Emeric of HauteRoche, which sealed theDaggerfall Alliance between the Bretons and the Redguards. 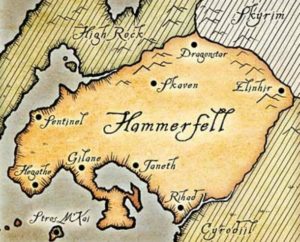 The Redguards live in the province of Martelfel, West of Tamriel. It is a mainly desert region.

The capital Sentinel is on the north side opposite the Wayrest town of Hauteroche.

The desertAlik'R covers almost the whole of the province but it shelters many secrets among which many Dwemer ruins.

the island of Stros M'Kai which serves as a starting point for the adventurers of the Daggerfall Alliance depends on Martelfell and is located far south off the coast of the province.


Do you want to be up to date and know all the tricks for your video games? In gamesmanagers.com we enjoy playing as much as you do and for that reason we offer you the best tricks, secrets or tips for you to play non-stop. We offer you quality content and always updated to keep you up to date. That's why, in our website, you will find not only videogame guides but also tricks, secrets and thousands of tips so you can play to the limit. Are you ready to get it? Enter now and enjoy your videogame!
ArcheAge - More explanation of the costumes ❯