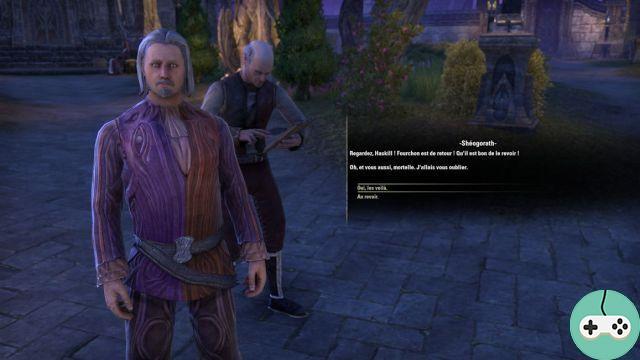 To anyone who has started the Mages Guild questline, Sheogorath's name is familiar, along with his face and voice: 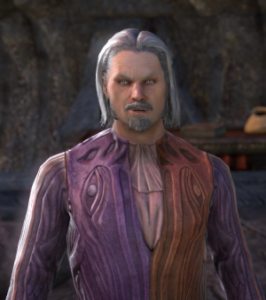 But do you know who he is?

Sheogorath is the Daedra prince of madness, artists and musicians. Unlike other Daedric Princes, he was not born during the creation of the Nirn, the mortal world, which is home to Tamriel. He later appeared when the other princes, being afraid of Jyggalag, the prince of the order, cursed him so that he would become the exact opposite of himself, namely Sheogorath.

The curse has another effect, however. At the end of each era (every 1000 years), Sheogorath becomes Jyggalag again, which ravages the domain of Sheogorath, forcing the latter to rebuild everything. Several times, Sheogorath will try to break the curse. He will achieve this in the 3rd era (which is chronologically after the events of The Elder Scrolls Online in the second era). Indeed, after the oblivion crisis (invasion of Tamriel by Mehrunes Dagon), Sheogorath will give the Champion of Cyrodiil the power to confront Jyggalag. The champion will then manage to defeat the prince of the order to send him back to Oblivion. The champion will then take possession of the domain of Sheogorath and gradually transform into Sheogorath himself, rid of his shadow Jyggalag.

The domain of Sheogorath

His kingdom, which you will roam several times during your journey in Tamriel, is called the Archipelago of Torment, whose capital is New Sheoth. It is an island divided into two regions, Mania and Dementia, each representing one of the extremes of madness. Mania artistic madness, and Denied psychotic madness.

The kingdom is overseen by another character that you meet at the start of your adventures for the Mages Guild, Haskill. 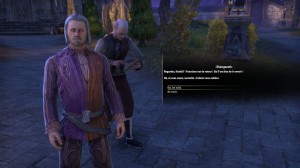 He is a mortal made immortal by Sheogorath. The realm is further populated by mad mortals, as well as other creatures such as Flesh Astronachs.

Sheogorath is above all a playful prince. His mood changes often and his main interest is fighting boredom. To do this, he often challenges his Daedra siblings. Hating to lose, he does not hesitate to cheat to ensure victory.

According to a legend, Sheogorath roamed Nirn and, finding mortal life boring, wondered what he could do to make it happier. As a woman spoke of the songs of birds which were so beautiful, he tore her to pieces and, with her organs and bones, made the first musical instruments.

There you go, I hope this little introduction to this character will make you want to know more. If you would like more stories about the universe of Tamriel and its characters, please let me know.