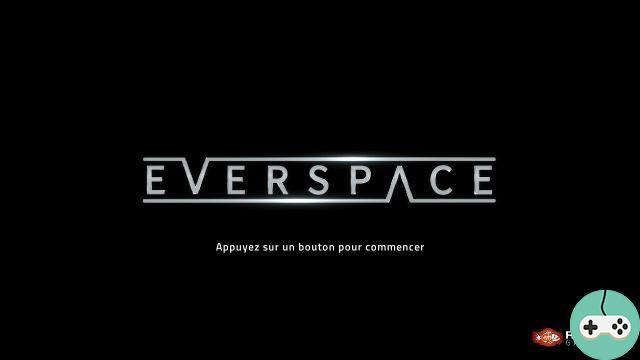 Once upon a time, in deep space, there was a world where quality video games were legion, where man and machine were in harmony for a gaming experience without lag, without clipping and without very ugly aliasing ... In short, far from home! Today we are going to show you a pretty interesting game: Everspace, Stellar edition.

Since you have to start somewhere ... the game offers, via a fairly sober but clear and concise menu, three types of difficulty. You have to understand by this, that it's not really important, it's just that you can choose how quickly you are going to get your head slammed badly by the enemies, but you can change it later. 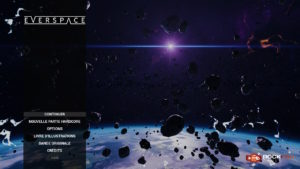 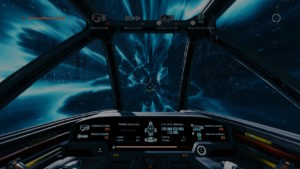 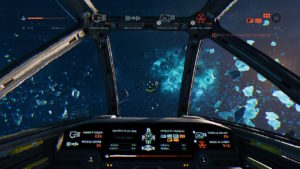 Once in the bath ... WOW ... the game is sublime. We quickly amazed as the space is well done and offers an intense visual experience, which quickly sticks with the effects of your weapons and everything else. The whole is sublimated by a sound atmosphere pile hair. The handling, although a little complicated at the beginning, is left fairly quickly tamed and reveals its full potential after a certain playing time thanks to nervous and well done fights. 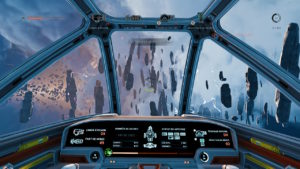 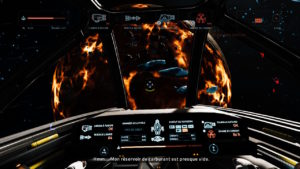 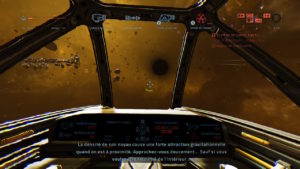 The aim of this game is therefore quite clear. You will have to go through the seven different sectors of the game, divided into a few areas, to reach the "end" of the game and know the end of the story that fits on a postage stamp ... but we will come back to that later. But the game then gives us a problem that is problematic: it is empty. I don't mind that the space is not necessarily as touristy as the Eiffel Tower on a Saturday afternoon ... but there is a bit of exaggeration. Fortunately, some areas offer some specific objectives (find objects, save a ship, deactivate jammers) or some handicaps (HS censor, electric storm). 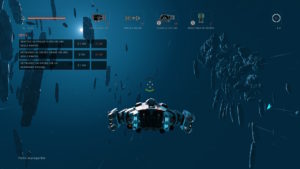 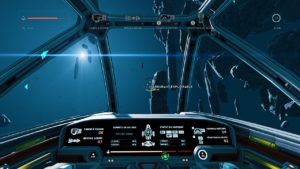 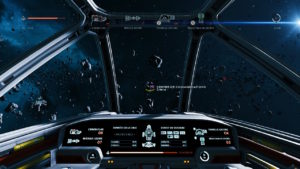 And since I said that I will come back to it, here is the beginning of the story:

"You found out (after the first or second sector) that you are a clone, that your body is sick and being ravaged by disease ... and you have to find it, so you are following a signal." 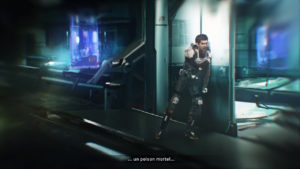 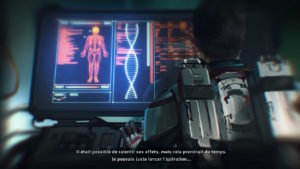 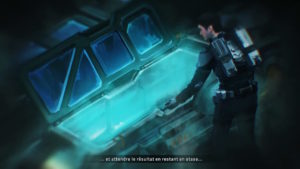 To put it simply, you will encounter three factions: the G&B, the Outlaws, and the Okkars. Long story short, there are two out of three who want to atomize you. During your explorations of this void, to find wrecks to search, gas stations, refueling or simple trade here and there. I would have liked a bit of interaction and history with the factions, but no. We vaguely have the right to trade, and that's it. Especially since mining and excavating to find the materials used to create weapons / objects and repair themselves are vital ... we quickly amass a lot of things. 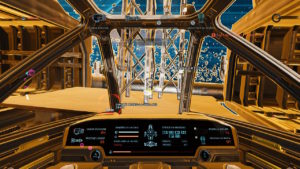 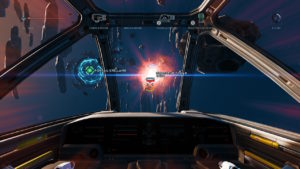 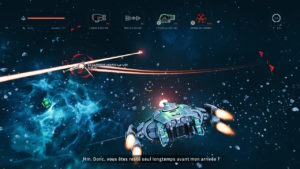 Usually a game goes this way: you explore, you fight, you die. Once dead, you return to a menu that will offer you to buy new types of ships (three to be precise), to spend your credits for improvements, whether it is political (more ease of trade, less penalties in case of attack, etc ...), military (more defense, more drones, more on-board weapons) or utility (more credits, recovery of your old ship, etc ...). 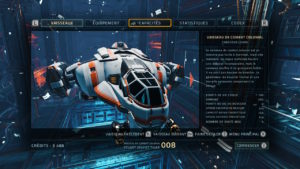 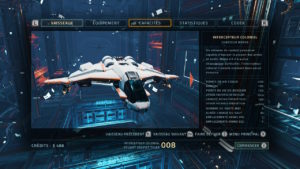 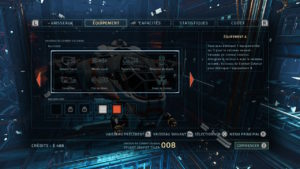 Your choices will allow you to simplify your exploration and finish a little less miserably than the previous time. And this is where you can clearly see the Rogue-Like aspect of the game ... you will die a bunch of times, redo the different areas over and over and over and over and over and over again. Here we find the second fault which is not really one ... the difficulty is sometimes just crazy ... as much in some areas, we find one or two pécors that will not cause you too much concern ... sometimes as much we end up with five or six ships, drones and a boss in the buttocks. It's not really balanced, and it hurts a lot when you just collect sympatoches weapons. Ha yes ... when you die, you lose all the things you found (except plan and credits) on the run. 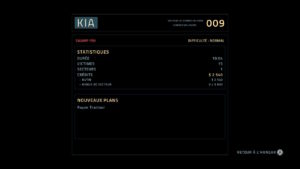 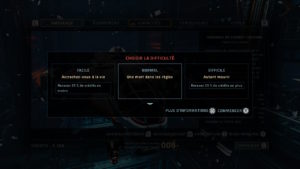 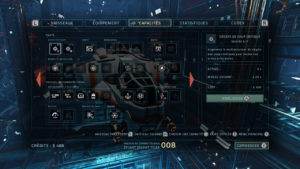 If I had to describe Everspace, I would say it's kind of the kind of game that works in small doses or you risk having a nervous breakdown ... It's far from bad, but unfortunately a bit empty. Being a fan of space-opera, I am a bit disappointed on this side, but I remain amazed at the superb sets that are offered. The story, on the other hand, is so anecdotal that it can be forgotten!