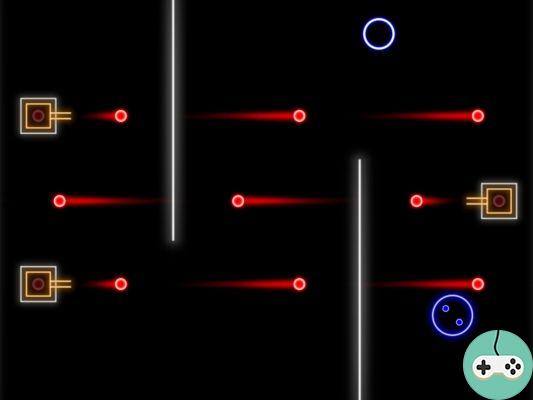 At gamescom in August, having just finished my interview with the creator of The Exiled (formerly Das Tal), a developer approached me to introduce me to his game. At the end of the day, tired, deafened by the hubbub of the public hall, I preferred a simple exchange of cards, promising to watch it calmly, at home, once home if he sent me something to test. With a little more time than I expected, I was finally able to take the time to discover Ellipsis!

In this game, we play as a bluish sphere evolving through levels of light. At the beginning, it is rather simple ... our sphere must recover a small sphere stamped with 1. Then a third sphere appears. A fourth. There, an exit portal arrives as well as a fifth sphere. It is possible to end the level immediately upon exiting, or to attempt to recover the fifth. Here and there also appear very small blue marbles, also to be recovered. 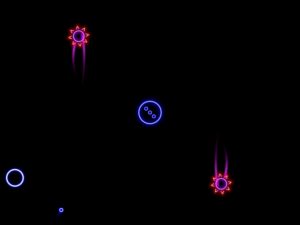 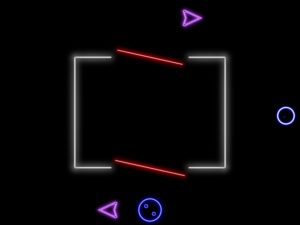 In principle, the only prerequisite to complete the level is to collect spheres 1 to 4 and then exit. It is simple at first ... 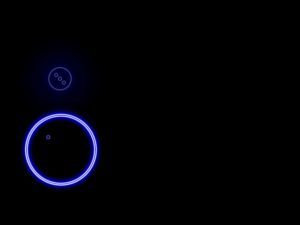 ... then it becomes more complex. Objects fire small projectiles. Others turn. Some explode after a short delay if they are brushed against ... 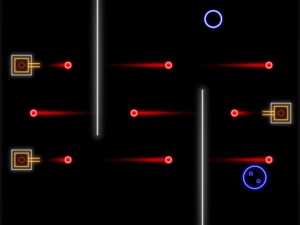 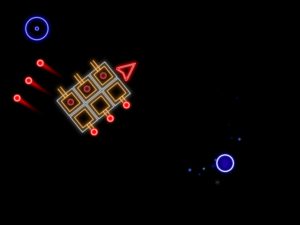 And our sphere has only one life. Any collision is immediately fatal. 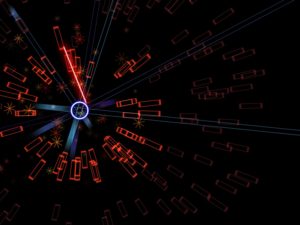 Fortunately, the game is not punitive and offers an unlimited number of lives, each attempt recharging almost immediately without any delay. So it's not really a problem, just a little annoying. Likewise, if you don't collect all the small spheres or the fifth, you will just have fewer stars. Nothing really embarrassing. 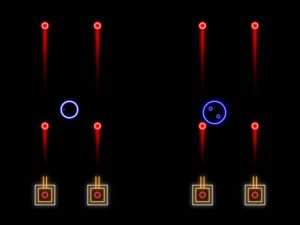 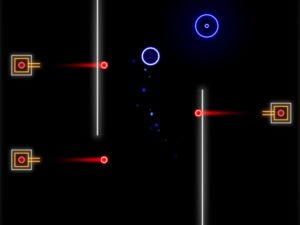 Really accessible in the first levels, the difficulty increases quickly and you need very good reflexes to dodge everything. Fortunately, there are cycles and a little observation can get by most of the time after a few experiments. Note that if you tend to play while doing something else, Ellipsis has an automatic pause system, the game stops as soon as your finger leaves the screen. Effective in avoiding a dead beast by inattention.

Well done, pretty, Ellipsis offers an innovative concept, which I had never seen in any other game yet. It was also awarded a Game of the Year award from the Intel competition. Totally deserved. Great attention is paid to every detail, from menus (below) to entertainment. The screenshots are just a pale copy of the actual look of the game with loads of nice effects. 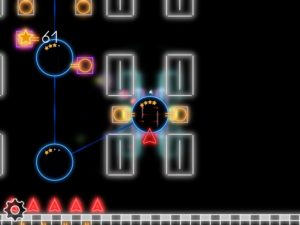 The game is available on mobile only for the moment at the single price of 2,99 (without any micro-transactions):

add a comment of Ellipsis - An ingenious puzzle / action