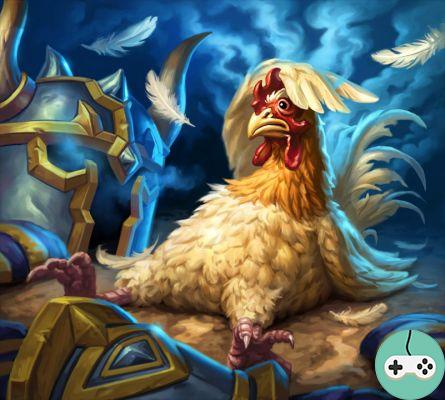 Oh, but here's the European Beta launching as I write this article! Hope you received the precious sesame .. But let's move on to this article ...

Since the release of the beta during the month of August, we have had a lot of information and a lot of (divergent) opinions on the economic model of the game. Many players point the finger at HeartStone by proclaiming loud and clear that Blizzard is about to lay us a nice Pay-to-Win… and that's ugly. But what is it really? 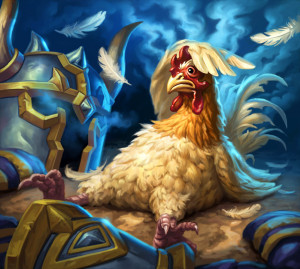 After watching a lot of streams (thank you Blizzard for the lack of NDA on the beta!) And reading many opinions on the question: yes, there is no real debate, HearthStone is a Pay-to-Win. Players who invest real money improve their decks faster and therefore gain the advantage over other players. Spending $ 2 for a 5-card deck is bound to give you the edge, especially since cards you find unnecessary can be disenchanted into arcane dust. This dust will then be used to create the cards you have chosen. Any card found in a pack is therefore safe to take and can be considered a good investment! The more packs you buy, the more interesting the deck possibilities available to you will be… assuming that you know how to build a well-crafted deck of course!

These packages can also be purchased via the in-game currency, gold. But given the current speed of accumulation of this gold (a hundred victories to buy a package!), Players in “free for life” mode will have to spend a lot of hours in front of their screens to perfect their collection. If you don't want to shell out a dime, you'll have a hard time playing HearthStone competitively. You will always be lagging behind in building your decks. It might take you months to create your ultimate deck!

However, this Pay-to-Win aspect must be put into perspective. Here we have to do with a virtual collectible card game. This payment model has been around since the dawn of collectible card games and is accepted by all when it comes to real cards. If we compare it to the competition, Magic Online for example, Blizzard is already going further because it does not impose Pay-to-Play. On Magic Online, you already have to pay $ 10 just to create your account and start playing.

In addition, Blizzard has done a lot of (positive) segregation of the different types of players, ranging from the casual gamer to the big spenders who will heat up their credit card (sic, I feel it's going to cost me all that). The matchmaking and league system (bronze, silver, gold, platinum, diamond, master and grandmaster) will dispatcher the different players so as to meet opponents of the same profile. Even with a limited number of people in the beta right now, the matches felt pretty balanced to me. I haven't seen a low level player face off against a player so far, so the deck is full of legendary or epic cards. However, we must not hide our face, reaching the rank of Grand Master without spending a single penny seems impossible to me at the present time. 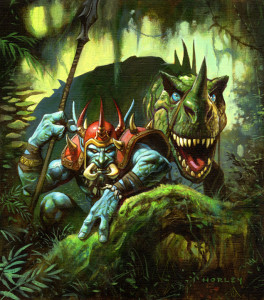 If that's not enough for you, however, Blizzard has thought of a system to put everyone on an equal footing: the arena. This game mode is available for 150 gold or $ 2 currently. In this mode, you first have the choice between 3 different heroes (offered randomly among the heroes available). There follow 30 card choices to compose your deck. The cards offered during these choices are determined in random ways, so you may come across Epic or Legendary cards if you are lucky. Your opponents who have followed the same process as you will therefore only have their deck builder talent (and a bit of luck, we must not deny it) to play. Hop! Forget the benefit of the 574 packages purchased! Here, we do with what we have, like Mc Gyver!

To conclude, you don't want to shell out a dime and gamble every now and then: welcome to the bronze / silver league or offline against the computer. If you want to spend a little more time on the game and spend a few hard-earned dollars: the Gold / Platinum League is for you. You are a compulsive collector with Pokemon Syndrome (catch them all) and you plan to spend some time refining your ultimate deck: the Diamond / Master / Grandmaster League awaits. You are never happy and you complain about the slightest advantage that an opponent could have by the amount he spent in the game: the arena is made for you, the game mode where strategy is king.


Complaining that Blizzard's future game is Pay-to-Win is taking the wrong shortcut. We are a long way from other types of games (like Facebook) where taking out the credit card automatically leads to the top of the table. We must not forget that a deck full of rare cards but poorly constructed will always be less powerful than a deck of more common cards but with good synergies. In addition, fun seems to be everywhere in the game, no matter how much you spend on card decks. Hearthstone Pay-to-Win? Yes. Is this really a problem? No, I think there is something for every type of player.

Just a little anecdote to finish. You should know that for the Magic game the assembly some people spent thousands of dollars to acquire a single card: the black lotus! Let's already thank Blizzard for not putting an auction house for HearthStone!

This article is a fairly free translation from Penny-arcade.com.