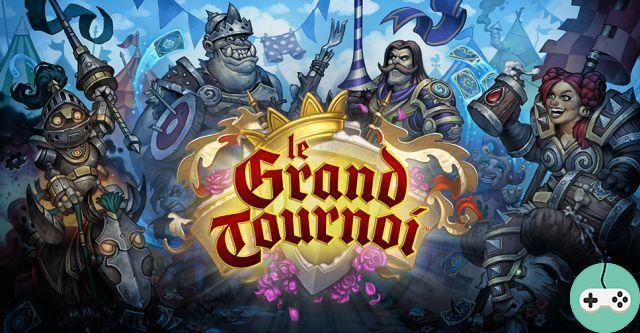 "The Big Tournament", the new Heartstone expansion brings new life to the game with a 132-card set and a new mechanic, Exaltation. Each time the heroic power is used, cards with the Exalted ability trigger their powers.

Today we are going to see 6 new cards revealed recently: 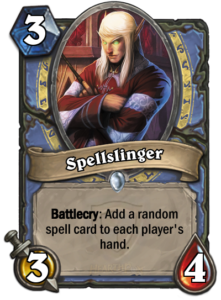 New Mage card, her statistics are correct for a turn 3 without being incredible, her battle cry can be interesting, she gives a random spell to both players. We do not know if this power gives a spell of the class played or a random spell, it will be necessary to see in play what potential this card can have. 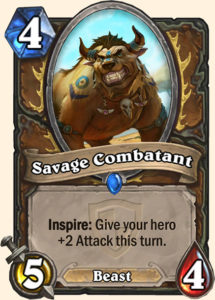 Here is one of the rare news from the Druid, a 5/4 for 4 crystals. Correct statistics, its power is just as good which allows to gain +2 attack by using the heroic power, which thus increases it to 3 attack. She has the beast status, so she can appear in the weavers which can be very, very poorly coupled with the heroic power of the Hunter which can potentially make 4 with the power of this card. 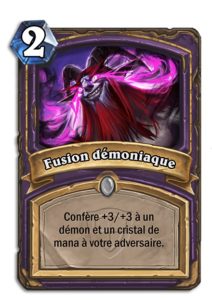 Demonic fusion, for 2 crystals, gives + 3 / + 3 to a demon but gives a mana crystal to the opponent, a very risky card, an extra mana crystal can literally change the course of the game. 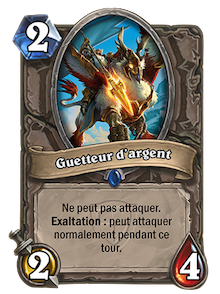 We are in front of a 2/4 for 2 crystals. Good stats but can't attack without using heroic power. In view of the current meta, it is of little interest, maybe in a handlock. To do with the future meta. 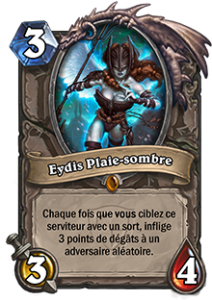 We are in front of a 3/4 for 3 crystals. Whenever you target her with a spell, she deals 3 damage. It can very well fit into a paladin, priest or druid deck. 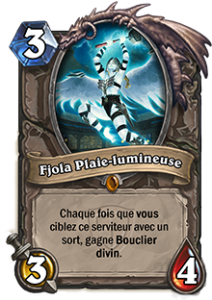 And here's the second Legendary revealed: Eydis' sister who has the same stats but different power. She gains Divine Shield whenever you target her with a spell. An extremely interesting power to fight against Aggro decks.

What do you think of these new cards?