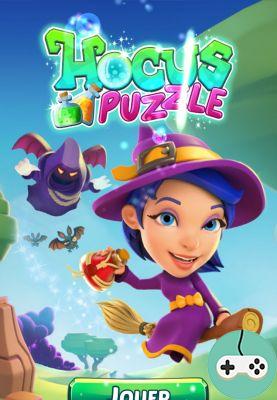 Another new clone of the same style of mobile game? That's what I told myself when I received the press release regarding Hocus Puzzle. It must be said that since time, the niche is more than exploited with all these Saga and other games of combinations. 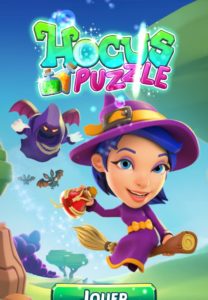 So yes, I will directly answer part of the question: Hocus Puzzle does not revolutionize the genre. Despite everything, it offers pleasant entertainment ... and free.

The concept is simple: we have to make our heroine, a witch, walk around a grid filled with colored potions. For this, the colors must match, knowing that it is possible to go in all directions, including diagonally. The bombs or the protective vials have the advantage of being of all colors, which allows to continue on its momentum afterwards (impossible to change color on the other hand, the color is blocked from the first potion selected from the witch) . 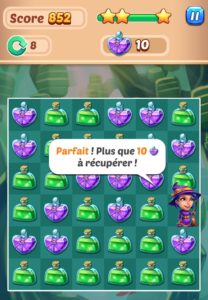 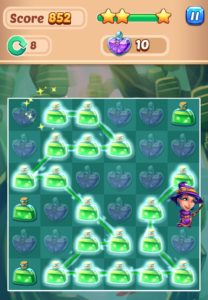 Each time, the objectives are varied: collect x potions of a given color, release the destructive effect of x bombs, destroy tiles ... The higher the score, the more stars! Knowing that the number of movements is limited at each level. If the objective is not reached before reaching the end, a life is consumed or you have to spend gems to have more tries 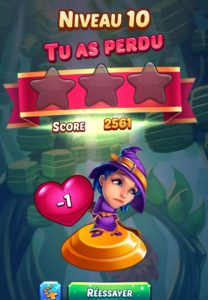 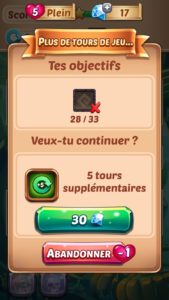 To facilitate progression, boosters allow you to activate special effects such as collecting all the potions of a certain color or knocking out enemies. 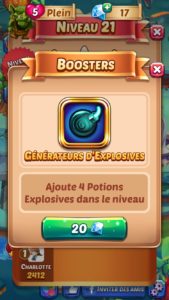 Because yes, the grids are not only filled with passive colored potions, there are also bad guys who will try to annoy us. Some do not move and will content themselves with recreating slabs under our witch if we stop in their red zone. Others are more aggressive and will not hesitate to try to catch us. 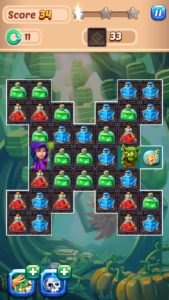 On the monetization side, in addition to the shop and the eternal heart packs (which automatically regenerate at the rate of one every 10 minutes for a maximum of 5), there are outfits for the witch, providing various bonuses. to the character (in addition to a change in appearance). They can also be found in-game or collected in the lottery. This wheel of luck is on the other hand an incentive to watch advertising, in addition to a reason to log in regularly, with the key currency, booster or outfit. 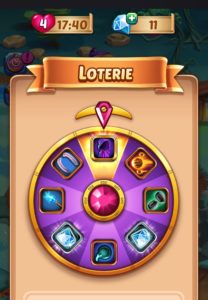 So much for the specifics of Hocus Puzzle. Definitely not a game that will go down in history but a great little hobby if you like this style of play and are running out of life in your other puzzle right now!

Add a comment from Hocus Puzzle - A mobile puzzle game