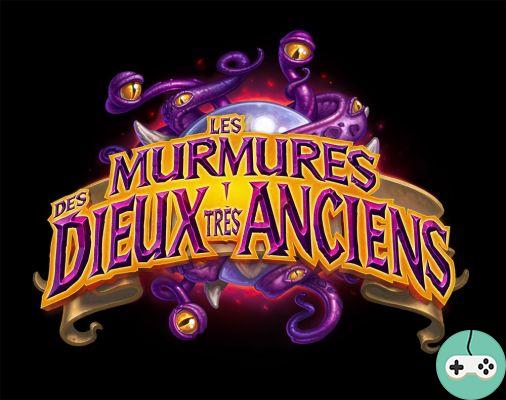 Blizzard, as usual for previous expansions, is revealing the cards in a dribble fashion to build up excitement around the "Whispers of the Old Gods" expansion. Today it's not one, not two, but three new cards! A Druid card, a neutral card and a Warrior card have been revealed, but what are their effects? Let’s see that now. 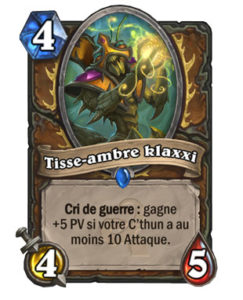 For 4, a 4/5 already excellent statistics for a T4 which is reminiscent of the Yeti Noroit. His war cry is very loud: "Gain + 5 VP if your C'thun has at least 10 AttackIn other words, a 4/10 T4 or even T5 is just excellent and allows you to put a lot of pressure in the middle of the game.

This card if boosted is hell for the Priest and control-type decks, it can potentially have the same number of HP as a Twilight Drake and we know the impact only on the Drake in the middle of the game if he is not managed quickly.

The druid is therefore very spoiled with this new card which I think will find its place very well as a replacement for the Pilot operated shredder provided you know if a C'thun deck is viable in Druid.

The card shown is the card in the center of the photo, it is from a Chinese fansite and was published by the Hearthstone decks site ( Note that the map translation has not yet been confirmed). 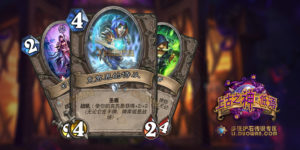 Servant of C'Thun Divine Shield, Battle Cry : gives +2 +2 to your C'thun (wherever it is)

Still a very good card considering its cost / effect. The divine shield can already allow the card to survive even if its life points are rather via the divine shield it can allow to delay in the face of aggro for example and hope for 1 or even 2 destroyed minions. In addition, the boost it gives C'Thun is not negligible.

Battlecry: Gain 10 tack if your C'thun has at least 10 attack

Very good cards revealed today, the expansion clearly centers around the Old Gods who are going to be the centerpieces of new decks. Strongly the continuation to see the interactions with the other gods in any case that promises after the very average extension of the Grand Tournament.

Hellion - In space, no one will hear you scream ❯