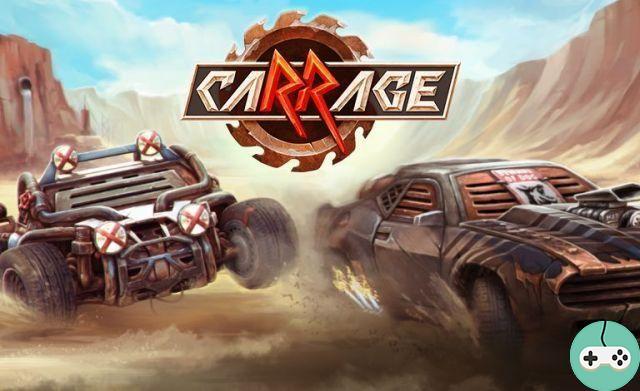 Having had access to a test version of the game on iOS, I was able to embark on some frenzied races of caRRage created by Ukrainian developer Velcro Games.

The game begins with a mandatory update, very well thought out because it is possible to change the viewing angle of the pile-up! What to take care of during the few minutes of the download. 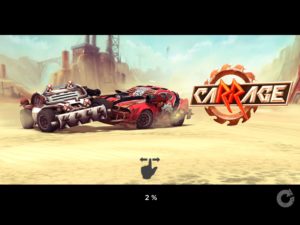 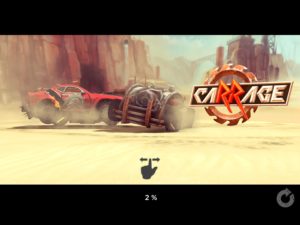 After having played quite unnecessarily, it's time to get down to business: racing. The first serves as a tutorial and introduces the controls. On the left, two arrows allow you to go right and left. 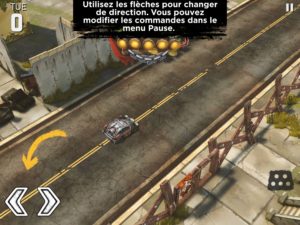 On the right, there is the brake (it seems that it can be used) but especially the weapons with the possibility of releasing a mine or launching a missile. In order to distance his opponents, the third round button activates the nitro for great acceleration (be careful not to end up in the background!). 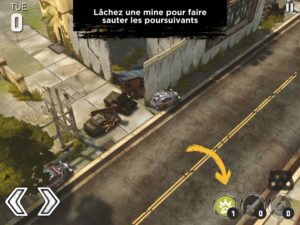 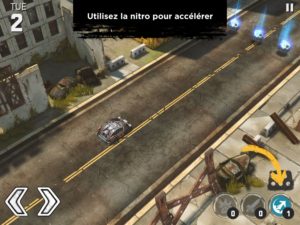 Weapons have varying cooldowns that can be speeded up by picking up items on the race track (you can see some in the screenshot to the right). Plenty of races are available from the start, taking them through different environments. Even if the route (and therefore the tips and shortcuts) are different, the goal is still the same: to arrive first! 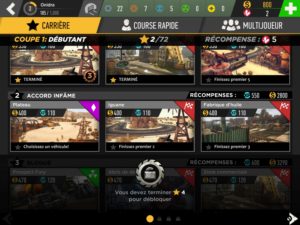 And it will not be an easy task in the face of mines and other missiles sent by the adversaries! 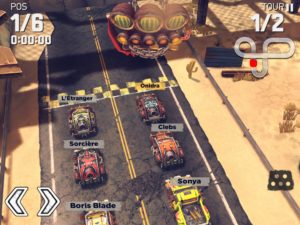 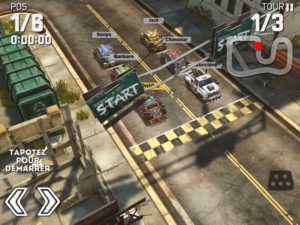 So to increase your chances of survival, it is important to improve your vehicle: speed, acceleration, resistance and handling. In addition, different parts can be purchased and mounted on the chassis to increase health points, speed, resistance, damage done ... In exchange for parts, new vehicles will finally be unlocked as and when levels (it is possible to unlock a car earlier by spending the premium currency, crystals). 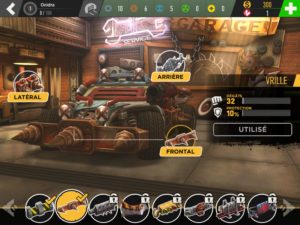 If you like efficiency, you'll no doubt want to upgrade your weapons on three things: damage dealt, cost, and reload time. Those who are more into appearance above all will no doubt want to personalize the car by changing the wheels and color and adding decals. 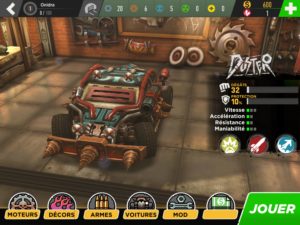 In order to earn the precious currency of the game and create a real monster, several possibilities as often. The first, the most obvious, is to simply play to accomplish missions, you thus recover parts which allow you to buy most of the improvements (you will also need spare parts which are to be recovered a priori during the races). A micro-transaction option also exists. 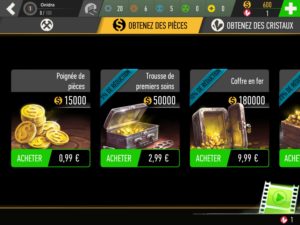 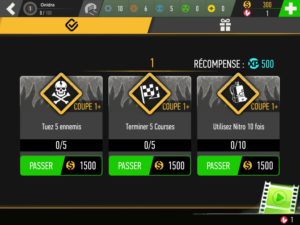 The crystals will allow you to progress faster. And for crystals, not a lot of options: watch a video or checkout ....

Even if the handling of the car is not necessarily very obvious in the race (at least at the beginning) and the interface does not help to navigate outside the races, CaRRage offers a good little entertainment for lovers of asphalt. and crumpled sheet metal. The adversaries are merciless, the missiles go off in all directions and it is rather enjoyable to contemplate the explosion of enemy cars, especially when there is a combo with a gasoline truck passing by! Aside from a few terms remaining in Russian, the game is fully translated into spanish (including their official website), an effort that can only be praised!

To conclude, the functionalities summarized as we can find them on the official site:

The game is currently available on iOS and should not be long on Android! 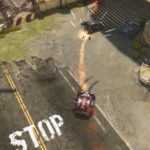 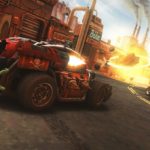 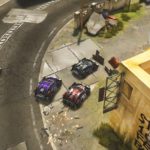 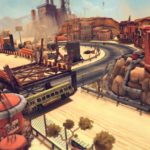 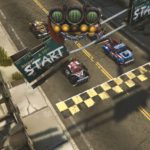 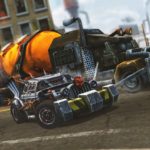 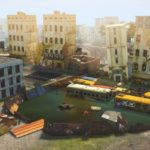 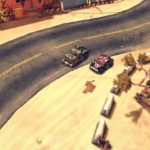 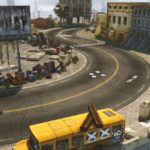 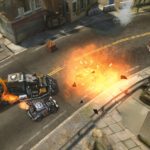 FFXIV - The 56th Letter from the Producer ❯

Add a comment from caRRage - A mobile racing game