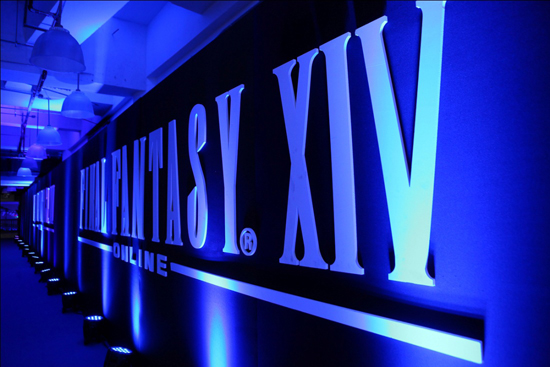 In this 56th letter, Naoki Yoshida first discusses the launch of the ps4 version of ARR. We learn that the team watches the streams broadcast by the players thanks to the "share" function of the console.
Naoki then discusses the 2.25 but also the 2.28 by talking about armes mind, but also of the continuation: the novus weapons.
We then go through an overview of the promotional campaign in China with some photos.

Find the full letter below:

56th Letter from the Producer

Hello everyone. This is Naoki Yoshida, producer and director of FINAL FANTASY XIV: A Realm Reborn. This is the 56th edition of my letter.

As soon as Update 2.2 “Through the Maelstrom” was released, we launched the official FFXIV: ARR service for the PlayStation®4 on April 14, 2014. There were some issues with some codes. promotions of players from North America and Europe on this occasion, but we asked SCE to deal with it urgently.

To mark the start of the PS4 ™ version, we have installed a giant screen within the development team and we follow the adventures you broadcast live there every day thanks to the Share function of this console. 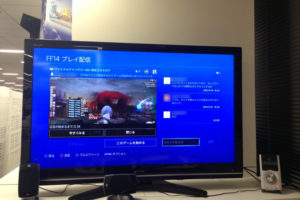 I must admit that we take great pleasure in watching the beginnings of the adventurers who have just arrived in Eorzea or the battles of the Warriors of Light against the Primals in extreme mode.
By following these videos, we share all the excitement of newcomers when they run around in search of new quests to accomplish, when they get lost along the way or when they go into a dungeon for the first time. , and it's not uncommon for us to be just as tense or shout out encouragement.
In the past, the creators of the video game industry had no other alternative but to go to the stores on the day their game was released to see the players who bought it.
(It was something very pleasant, by the way.)
In other words, this era, which gives us the opportunity to watch you play live, is blessed for us.
We sincerely hope that all of you who have embarked on this adventure with the PS4 ™ will continue to explore Eorzea for a long time to come.

I wish I could tell you that the launch of the service for the PlayStation®4 is a hiatus for us, but the entire development team is already working hard on Update 2.25 and the final touches of the Chinese version. Game.

2.25 will see some expected additions to the PvP system (Den of Wolves) as well as the materia system.

Regarding the Zodiac Weapons Saga, we noted the following three points:

For these reasons, we have decided to postpone the implementation of this new step to Update 2.28, scheduled for May.

For the realization of the animus weapons, the players must accumulate and spend a large number of mythological Allagan tomestones, but for the novus weapons, a new system called "stellar scrolls" will be introduced and for this purpose we plan to create various means of obtaining the relative materials. I beg you to be patient a little more until the implementation of this step of the wise of the zodiac weapons.

Along with the development of updates, we have launched a major promotional campaign in China, and I myself have just returned from a trip to Shanghai, here are some pictures. 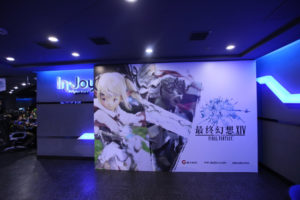 Here is one of the cybercafés which will serve as a showcase for FFXIV: ARR. The decor is entirely in the image of the game! 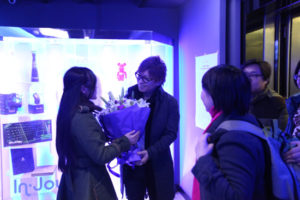 I even had the right to a surprise (a bouquet) from a Chinese fan of the FINAL FANTASY games. 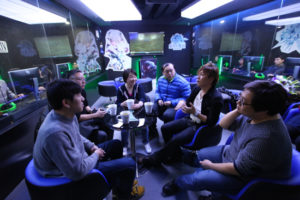 Players were divided into booths on either side to compete in PvP, and I had the opportunity to speak with them. 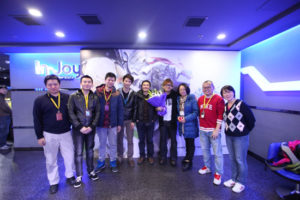 Here is a photo taken with our Chinese partners from Shanda Games. 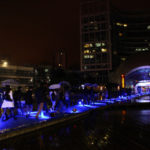 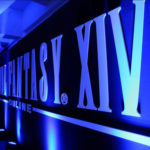 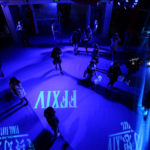 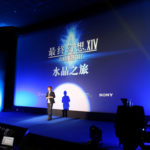 The next day we rented a 4K movie theater to host a fan and media event. All in a big way! We are working towards making the official service launch for the Chinese version of FFXIV: ARR at a critical time this year.

You may be thinking that the development team will be able to take the opportunity to rest, but nay! We will indeed participate in an event organized in Tokyo under the name of Nico Nico Chokaigi 3 during which players will be able to come and play FFXIV: ARR at our stand "FATE in TOKYO".
This will be a “super big” version of what we are doing across Japan.
The team will be present: myself, Naoki Yoshida, my assistant director, Hiroshi Takai, the artistic director of the IU, Hiroshi Minagawa (another Hiroshi!), The sound director, Masayoshi Soken, and many more. . If you are around, do not hesitate to invite your free companions and come ask us questions about the game (... we will surely have exclusives to reveal to you).

FFXIV is of course not limited to Japan. Indeed, one day after the end of Nico Nico Chokaigi 3, I will leave for my first promotional tour in Oceania, which will give me the opportunity to meet the players and the Australian media.
A few weeks after my return to Japan, I will fly to Los Angeles for E3 2014 where we will perform live and streaming presentations!
Many other events abroad such as the Japan Expo and Gamescom will follow.
And we have many more projects in mind, so stay tuned!

Finally, I am pleased to announce that a team of adventurers has already successfully overcome the 4th level of the Meanders of Bahamut, added in Update 2.2. These are free company players ... Order of the Blue Gartr!

With so much unit, skill and DPS level, I can only take my hat off to them.
... But given the immense obstacle that these meanders constitute, I hope that you will all continue to meet the challenges. : p

That's it for this time. I look forward to seeing you in my next LIVE letter which will be sent from Makuhari on the occasion of "FATE in TOKYO".
See you soon ! ?

Add a comment from FFXIV - The 56th Letter from the Producer