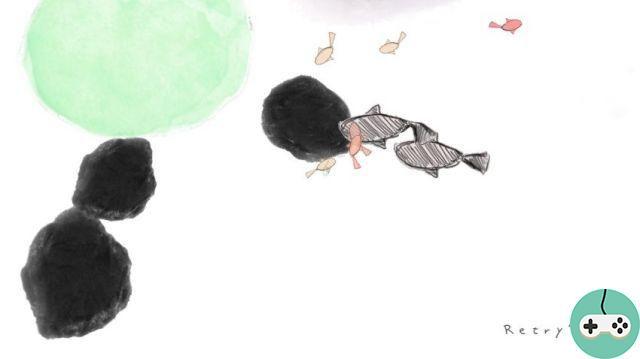 Initially developed in 2009 as a prototype to test movement options, Guppy is a tiny goldfish simulation game, released in 2013 on mobile platforms and, since November 2017 only, on Steam. The game has no mode or option, the game starts immediately in the aquarium, recreated with pretty watercolor graphics. As the Steam sheet indicates, the game is intended to be played in windowed, it supports full screen, but the graphics will not exceed a resolution of 480 pixels. The music is pleasant, very zen, in the style of a spa atmosphere. Not to say, it sticks very well to the universe. 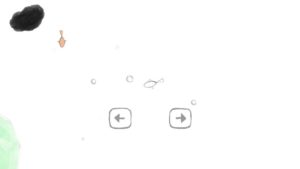 The gameplay is based on only two keys, left and right, activating the caudal fin (at the back). You have to alternate the two directions to propel yourself and only use one of the two to turn. It seems simple, said like that, but think again, it is much less obvious than it seems, the collision happens quickly with the different elements of the scenery such as pebbles. 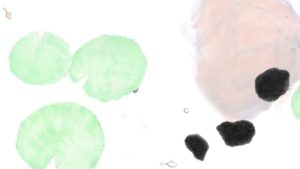 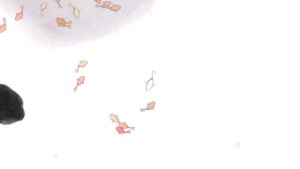 The objective is to catch insects, as seen below right, just above right of the big fish. Moreover, about this said fish, it is a very nasty creature, a predator that tries to eat my fish as soon as it passes near its lips! 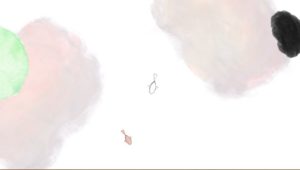 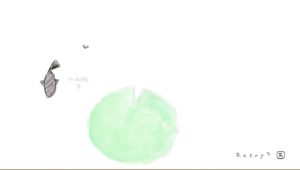 The aquarium is filled with leaves, providing camouflage for the evil fish, although escaping from it is not obvious and it tends to catch you by surprise, making it difficult to go past 5-6 points. 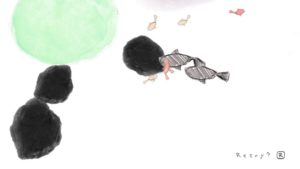 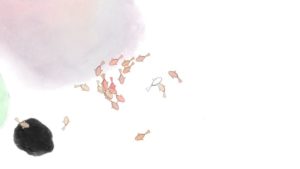 Guppy isn't a great game, it's not even really a game to speak of for that matter, keeping its pretty obvious prototype aspect without any options. Nevertheless, the rendering is pretty, poetic limit, with a perfect visual and musical atmosphere. The original gameplay, as simple as it is difficult to master, quickly becomes addicting, seeing a series of trials to try to escape the fish in procedurally generated levels that are different with each attempt. I just regret that there is not a predator-free mode to be able to evolve without stress and accumulate points without limit.

Here is a video of one of my attempts:

The game is accessible on many platforms: