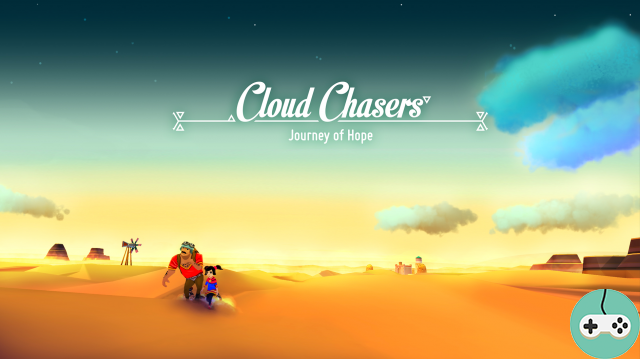 Some time ago I presented the Airheart game to you, a piloting game with a little fishing in it! This game was the continuation, in terms of history only (the playstyle is completely different), of the game Cloud Chasers - Journey of Hope, which I invite you to discover today. A game that has, it must be said, won a hell of a lot of prizes, and not without reason. Here we are more focused on an interactive story with a small part only on the game itself. 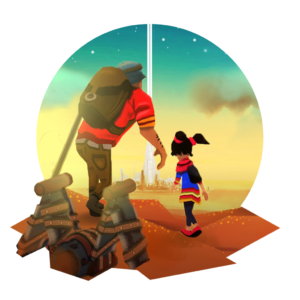 As with Airheart, the universe of Cloud Chasers is slightly tinged with diesel-punk, a bit like Mad Max. But here, not so much question of plane or of combat. We only find the wandering of a father, Francisco, and his daughter Amelia, in the middle of the desert, both hoping for a better future. Indeed, the world is divided into two, those above, the wealthy class, having little consideration for the beggars, the second half of the world, those below. It is from this second class that our characters come from. The population below is scattered throughout the desert, the result of a war, apparently, but above all of the actions of the people above. Only a few cities exist in the desert. Your protagonists, farmers for whom the increasingly chronic lack of water is a real problem, embark on a journey through the deserts, a journey strewn with encounters and adventures, stopping in some of these cities. , but with the ultimate goal of reaching the one that will allow them to go up there, to Speyer, where people are better off and life easier.

Before continuing, I will let you discover the game trailer, which will already tell you about the atmosphere of the game.

I would say that the game is divided into two: the adventure and the mini pilot game. In the adventure, you lead Francisco and Amélia, making them move around the map, to meet various event points: plane wrecks, caves, houses, trucks, cacti (for find food) etc. while avoiding patrols by border guards. These events are for some hidden, but reveal themselves when you approach them, or if you launch your reconnaissance drone in this area. They can turn out to be good or bad depending on the choices you make and the equipment you have available, for example you may decide to explore a dark cave without a lamp if you haven't collected any, but during the exploration you may decide to explore a dark cave without a lamp. could fall and break your leg. There are a plethora of events that come randomly from one adventure to another (so never in the same place, which increases the replayability of the game). You can of course decide to avoid these events to go as quickly as possible to the next city to arrive at your ultimate destination, but the elements that you find during these events could be crucial for your future survival ... 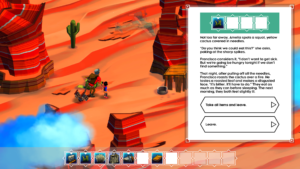 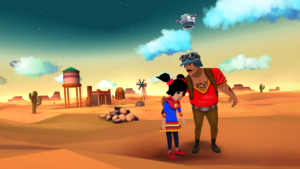 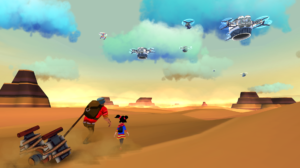 During these stops, you can also learn more about the history of this world, as well as that of the father and his family. A very touching story with a mischievous little girl and very cute by some of her remarks, the first rather poetic aspect of this game. The second poetic aspect resides in the mini game. Indeed, during your journey, you will have to refuel at the top , for this you will have to head to the clouds to collect them before the machines of the people above do. To collect the clouds, once nearby, you can launch Amelia on her glider, equipped with a leather bag, to pass through the cloud while piloting and thus collect water in the bag. Be careful, however, the drones collecting water for people from above will defend the clouds and shoot you, even for the largest, can kill you. 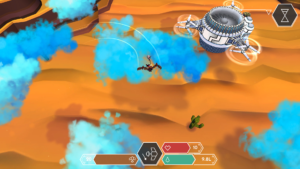 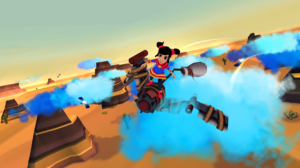 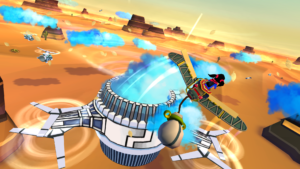 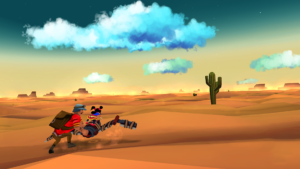 Because yes, in this survival game, it is not guaranteed that you will reach the end. You will have to manage your water reserves, your health (that of each character) as well as that of the glider. It will therefore be important to keep repair or first aid kits, rare medicines against diseases or any other useful object to make a splint for example. Your survival could depend on this ... or the exact outcome of your adventure, will the father and his daughter both survive?
To keep these items you have an inventory whose size can be increased by equipping your character with a backpack. You can also keep bottles to store more water which will allow you to cover longer distances before you run out, and also have more to cash in, because yes, water is such a scarce commodity that it is commonplace in the lower world. It is also through inventory that you will be able to improve your glider. 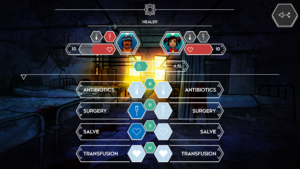 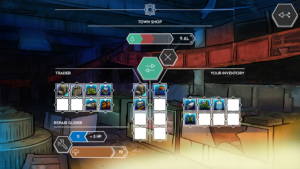 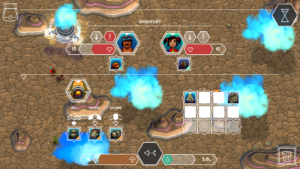 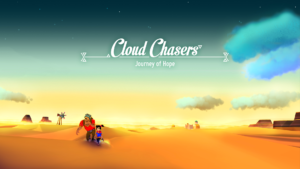 In addition to the items already listed, you can also randomly discover objects fallen from the world above, which will join Amelia's collection of "treasures" if you complete the adventure. And some Steam Achievements are also available. It should also be noted that once the adventure is over, the summary of all the events encountered is available in the form of a logbook, and that several levels of difficulty are offered.

In short, a very good game at a low price, now available on computer in addition to mobiles, and in spanish (even if the translations sometimes leave something to be desired). More than for the relatively basic gameplay, we will especially remember the narrative qualities of this title raising serious subjects but with the freshness and innocence of a child, bringing sweetness and poetry in this desert and very hard world.

add a comment of Cloud Chasers - A poetic journey under tension