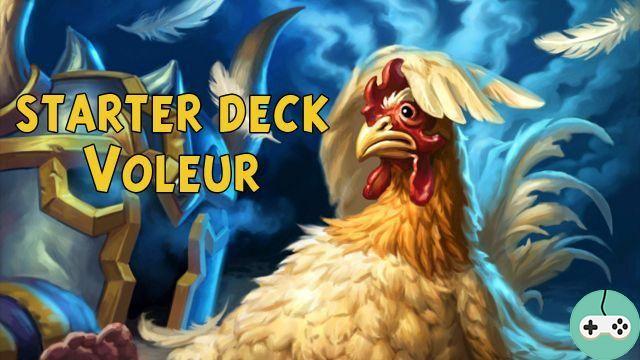 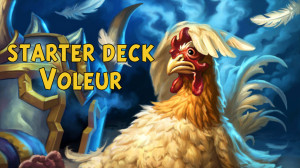 Now I'm going to tell you about Valeera Sanguinar in a Free Thief Deck! A free or low cost thief deck is pretty hard to do. It's a control game and a mid-range game at the same time. So that means you have to control the table and win in the middle of the game.

Now let's see the list of the cards that make it up:

This deck is pretty hard to play. It is not easy to learn. As a result, it's less powerful than some other free-to-play decks I've already made. You have to keep your sneak attacks and deadly poison to kill the opposing creatures. Or you wait until you have the Assassin Blade to get even better returns on your poison. Knocking it out is mostly used to remove taunts / hormone-fed creatures or remove your opponent's creatures that give an advantage (like Cold Light Oracle, Mukla or others). The Stun card is very useful if your opponent is a Druid and he slams "innervation + coin" to summon a large creature. Do not hesitate to knock out his servants for him, he will have lost 2 cards and will not be able to replay his creature for 3 turns.

The hardest part in managing this deck is choosing the right moment to damage your opponent instead of "managing" the table.

With the 7 cards from the draw pile, you normally won't have a problem on that side. There are 4 creatures that come out for 2 and this allows to correctly manage the start of the game. Additionally, you can give them bonuses with the Broken Sun Cleric. To kill large creatures, you have 2 Murder. Normally, with this deck, you will have the advantage of the cards, although it is weak against the "big" control decks. Remember that this deck is a "mid range" so you must end the game around the 10/15 turn. Otherwise, chances are you've already lost the game.

If you have a few cards, this deck is easily upgradeable (Fairy Dragon, Harvest Golem for example).

To find this article on video with demonstration matches:

See you next time for a new article on HearthStone!