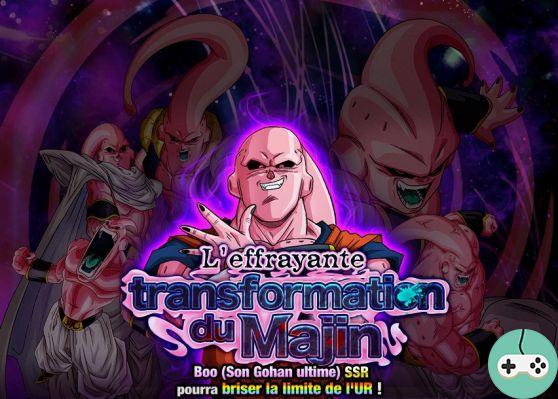 This new year marks the arrival of a new God Tiers and not the least in Dokkan Battle that of Buuhan also named Boohan (Ultimate Gohan). Buuhan is one of the best INT cards because of its leader offering KI + 3 and + 70% on all statistics but also by its passive which will allow you to regenerate yourself with 3000 HP per KI ball. As with Super Vegeto, this is one of the characters that will make the game a lot easier (really a lot).

As always, the event will allow you to evolve different characters from summoning portals. For this event, we currently have 5 characters including 2 exclusive to Buuhan's Dokkan portal (Buuhan INT and Super Buu TEC). To find your way around, here is the list of characters as well as the number of medals needed:

As always, the first level is not very difficult in itself but will allow you to earn 3x Dragon Stone (one for each level). However, the Z-Hard level will allow you to obtain Buuhan PUI which will be useful for the Dokkan event of Gohan Ultimate but especially to mount the special attack of the Buuhan INT (50% chance). The drop rate is around 30%, and you can get up to two copies at one time. 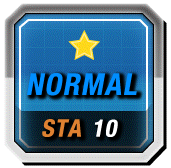 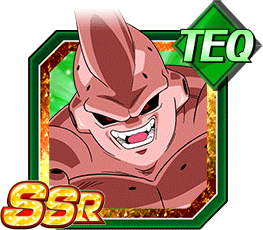 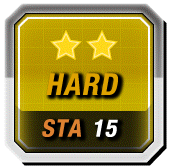 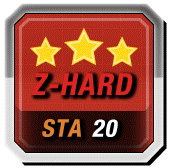 This time we tackle the bulk of the event, namely the fight to recover the awakening medals

of the different characters. The fight will ask you as usual to create a type suitable for this type of event under penalty of taking a Game Over very quickly. The combat has several specificities, namely the change of phases cyclically (see below) but above all a phase where the boss can recover up to 400K life per turn if you do not have characters with the link. Power of a god.


The combat is still difficult because the boss will be able to attack several times per turn and inflict a lot of damage if you do not have blockers and / or damage reductions. Apart from its fourth phase (Super Buu END), it will have a barrier that will reduce the damage you want to inflict on it. For this event, three teams are possible, two of which are around god-tiers to collect the various damage he will inflict on you.

Some explanations and possible changes on the different teams above to fully understand the changes and the boss fight:

It's a team that plays against the clock. If you get to the Buu TEC phase, it will turn into Game-Over very quickly for you. As always, Murasaki will be there to cancel your opponent's special attacks and maximize the damage of your SVs with counters. Gohan Ultimate will be there to counter the mechanics of Buucolo (3rd phase) using the link he will have with Super Vegeto.

Regarding the changes in the team, you can integrate Kibito or Vegeto to add a link with your second SV to avoid too much regeneration of the boss. Be aware, however, that stun him or use a gatekeeper ghost will prevent this regeneration.

If you've been lucky in the event summon portal, the INT team is one of the simplest for this event. The team won't do a huge amount of damage in the early stages as it will focus on ending the TEC boss fight. If your characters aren't stunned, your regeneration with the Buuhans or bonding with Buuccolo will save quite a bit of support items.

It is possible to change Babidi & Blue to high damage dealing characters to speed up the combat speed. In the example characters, we can note for example Janemba or Cell Parfait.

The last team will surely not have a 100% success rate since you mostly play with Babidi and Blue's stun. Your goal will clearly be to arrive in the last two phases to begin with because the damage that you will have done before will be recovered during its regeneration phase. You will need to be careful with your placements to keep a stunner on each turn even if you have to take hits.

Regarding the changes that can be made, there is I think only the Bardock INT which could be replaced by another special attack blocker like Buutenks or Gotenks END. Since you must have a special blocker, you can afford to take the King Enma item for the phases where your stun would have failed.