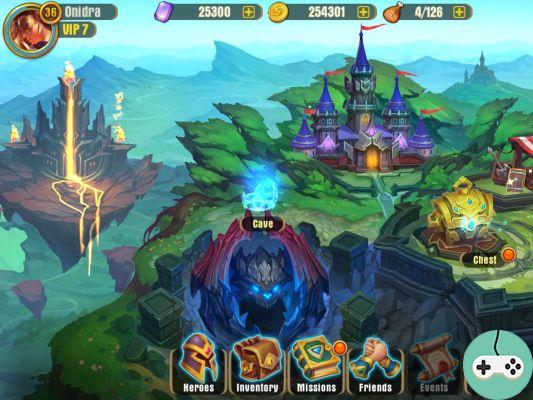 My.com, known in particular for Skyforge, offers us a new free-to-play role-playing game on mobile, Juggernaut Wars. Preview of this game between RPG, MOBA and action!

The start of the adventure is fully guided: sparkling areas require you to click on each action. So, I start the campaign and I learn that Leah the Benevolent, the ruler of the city of Branendalya, is gone! So I go in search of him ... 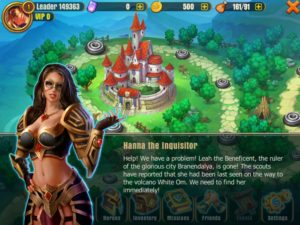 The countryside is represented in the form of a pretty path through a colorful decor. 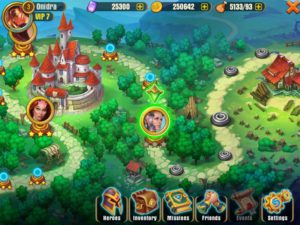 And begin my first fight. I have a small team made up of a warrior, a priestess and a war priest. The first will go into contact with enemies, the second heal while the third inflicts heavy damage. 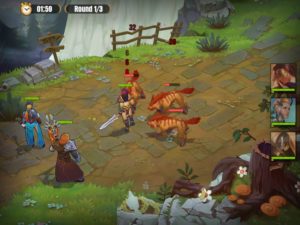 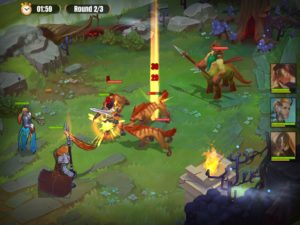 The attacks are automatic, so I just watch the gauges on the right: the green indicates the character's life while the yellow represents energy. Once enough energy has accumulated, I can cast the character's special ability. 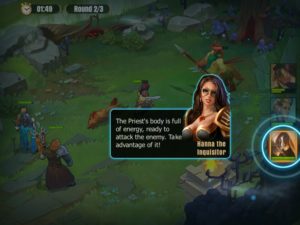 If I don't want to bother, I now have the option to set everything to automatic. Characters will cast their special abilities as soon as they can. From now on, the fight takes place on its own and I only have to wait for the end of the confrontation in spectator mode. 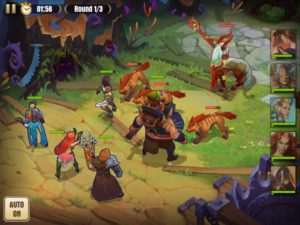 After the 3 rounds of combat, if at least one of my characters is alive, then victory is declared! Each of my characters earn experience, and at the overall level of my account, I earn gold coins and team experience. Note that the character's level cannot be higher than the team level. Finally, it is possible to collect loot: potions, equipment, items to sell to make gold ... Well, eh, as you can imagine, sometimes it does not go so well. 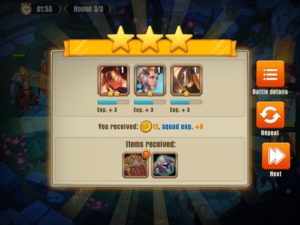 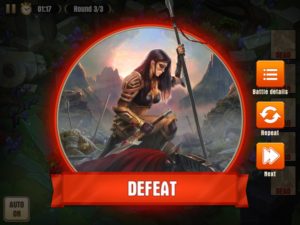 Getting 3 stars is a good thing because it allows you to go back to completing this level automatically. Efficient and necessary to quickly obtain equipment and optimize heroes. Each hero has six item locations and, beyond the statistics provided, it is necessary to collect them all in order to be able to evolve it. The evolution boosts the hero's stats by consuming items and allows the character to equip new, higher-level gear. 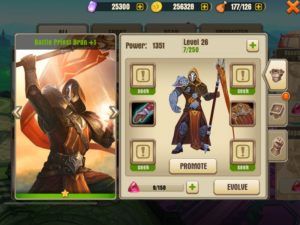 What is practical is that it is possible to quickly see which object can be used by which character via a green icon on the hero list. 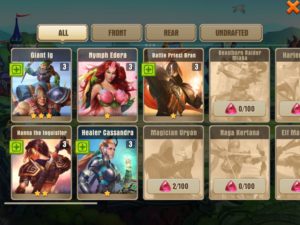 And if an object is missing, by clicking on the icon (!), The game automatically opens the screen allowing you to go on a mission. If this level has already been completed, and depending on your VIP level, you will be able to complete this level automatically. Each mission, whether classic or automatic, costs food (here 8 or 24) and if you complete 10 missions at 8 food, then you will need to produce 80 food. 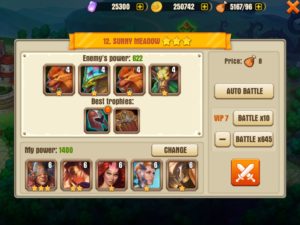 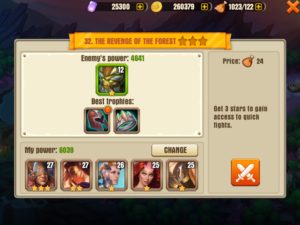 As you can see at the top, two other currencies are used in-game: gold is the in-game currency to collect while gems are the VIP currencies to be recovered for real money. The more VIP currency you buy, the more you will climb in the VIP ranks which bring different bonuses. 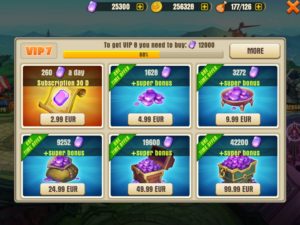 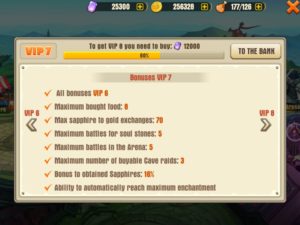 Having taken advantage of a code, I went VIP 7 (out of 15). It will take a little more to be able to open the VIP chest 11. These chests have regular reloading times and give interesting bonuses including, with a little luck, a new hero. 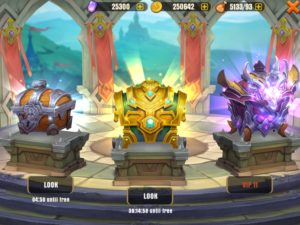 One good thing: most of the items in the in-game store can be purchased in gold! Be careful, note whether these are fragments or complete objects before buying because the final price could surprise you! 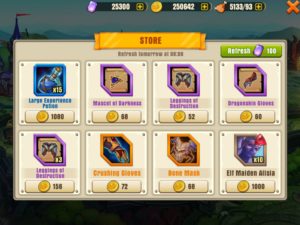 Every 5 minutes you will gain an ability point to invest in upgrading heroes from team level 7. 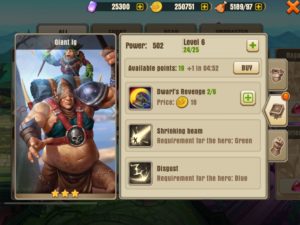 When leaving the countryside, I can access other activities. 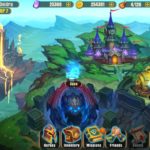 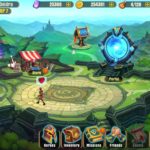 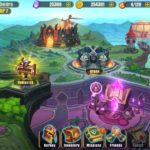 There are therefore the chests or the shop I mentioned above, but also the arena and the cave The cave offers small challenges allowing in particular to earn good amounts of gold. 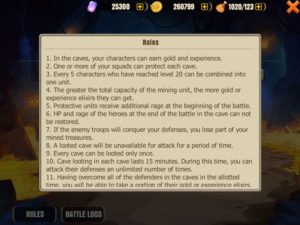 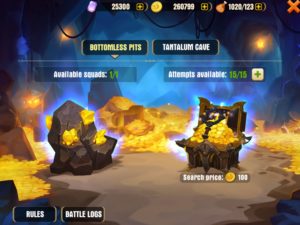 The arena is a PvP system to fight other players and gain ranks in a leaderboard. It is important to always carefully compare the strength of your team to their opponents before launching into battle. But even if the numbers are right for you, a team's effectiveness is not just about its raw power, but also about the smart choice of its members and the combined strengths / weaknesses of each of its members. 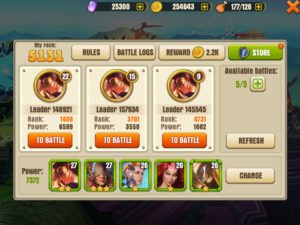 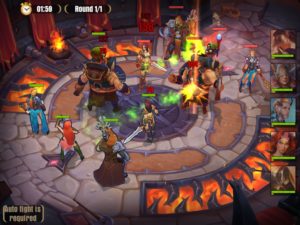 Really pretty, Juggernaut Wars is a dynamic action game. However, I regret the somewhat repetitive side of the fights. Other than the special abilities to cast every 20-30 seconds, there is nothing you can do to help the team and it is particularly frustrating to see a character die from the blows of enemies while their buddy next door is in good health and does nothing to help him. Still, the quick battle options and the gear progression system are really well done! Thus, in just a few minutes, it is possible to advance via the auto-attack option and spend the food collected at night to search for some new equipment that is missing, spend its abilities and close the application until the evening. . 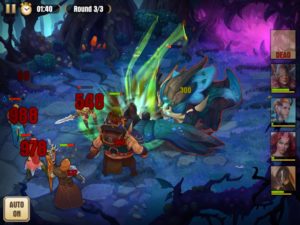 The game is available for free-to-play on iOS so do not hesitate to test! Android players, a little patience, the game will be released on February 18 on your platform.


Do you want to be up to date and know all the tricks for your video games? In gamesmanagers.com we enjoy playing as much as you do and for that reason we offer you the best tricks, secrets or tips for you to play non-stop. We offer you quality content and always updated to keep you up to date. That's why, in our website, you will find not only videogame guides but also tricks, secrets and thousands of tips so you can play to the limit. Are you ready to get it? Enter now and enjoy your videogame!
Acaratus - Skirmish Mode Overview ❯