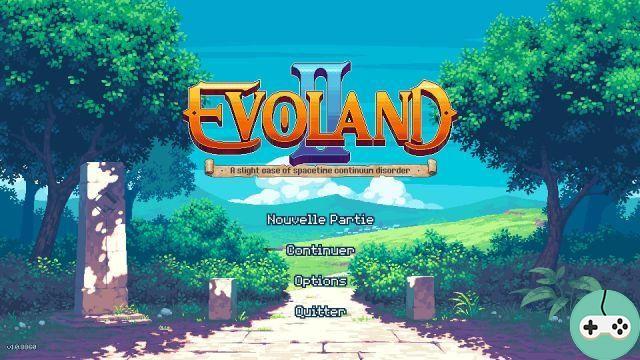 When we start a game with a really successful predecessor, a strange feeling comes over us. This feeling that we are going to play has a game that will feel the reheated or just an uninteresting sequel. For Evoland 2, fear not, this is not the case at all. Certainly, we find some codes of the first opus, with the journeys through the eras of the video game and all that that implies, but new features come to enrich a gameplay which has been proven before.

It is not useful to have played the first opus, Evoland, to understand the second. This one being more a spiritual continuation than a direct continuation.

Without too much spoiler, the starting pitch takes you to a war between humans and demons that has ended for a few years. However, appearances are deceptive and the war is not all that over. You will experience the beginnings of the war, its heart and its consequences. 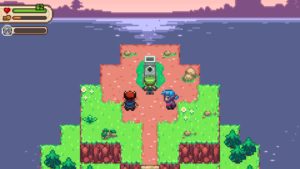 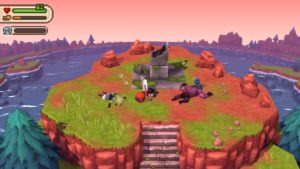 Throughout your journey, you will come across many references and easter eggs, hidden or not. We can cite as a glaring example of the carnivorous plants of Mario, the armor of the Sagittarius of Saint Seya or the boss who transform into Super Sayan. Everything is a pretext for the wink, and it will touch fans of all stripes. Be happy, there is something for everyone!

The only small downside that I could put is the story which is a bit predictable in general, but rest assured, a lot of little surprises are waiting for you. 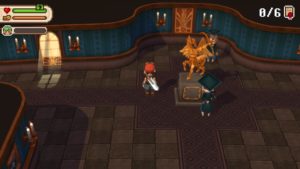 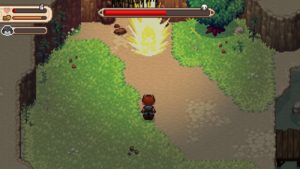 It's hard to judge this game by its graphics. Its style, which varies from classic Game Boy type to current games, including Nes period games, remains very pleasant visually. The sets lend themselves to immersion and the music from each area often hits the nail on the head. Special mention for the haunted forest which has superbly effective music. 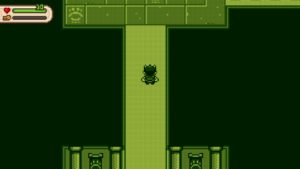 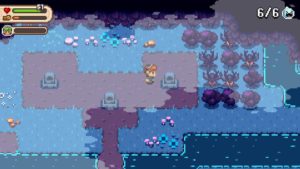 Like its predecessor, we have the right to several types of combat. We will go through the classic Zelda-like, the Shoot'em Up, the Street Fighter combats, through the turn by all to the Final Fantasy to name only these examples, because they are numerous. Even if combat takes an important part of the game, the puzzles are not to be outdone. These are often games of logic or observation, but you will also have moments of intense reflection. Note all the same that this game has rather epic infiltration phases. 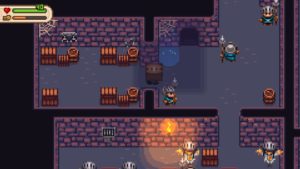 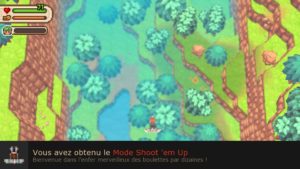 The great strength of this game is the use of companions to help you move forward. By charging your attack, the companion (among the three encountered during the adventure) allows you to perform a specific action to destroy an obstacle, activate a mechanism, or just allow you to pass.

The bosses offer varying difficulty. It becomes easier to face a boss whose attack pattern we know, even if it is not necessarily easy to avoid hits during repeated or area attacks. 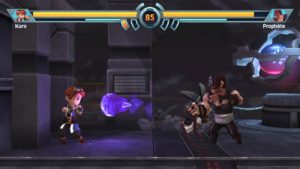 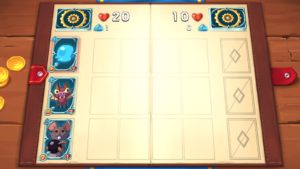 Evoland 2 is one of those games that more than deserves its place in any self-respecting game library. We are offered here a game with old-school mechanics at the start, but which gradually evolves like its predecessor. He is able to touch the hearts of early players as well as those of younger, more recent players. Add to that the changing graphics, the journey between eras, the styles of play that vary according to the situations, the mini-games and puzzles and the catchy soundtrack, and you have a game that has a lot of going for it to succeed. For sure, Evoland 2 will make a lot of players happy. 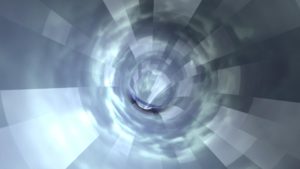 Even if we sometimes regret not being able to switch from one game mode to another and the story is a little predictable, it is not much compared to this pearl.