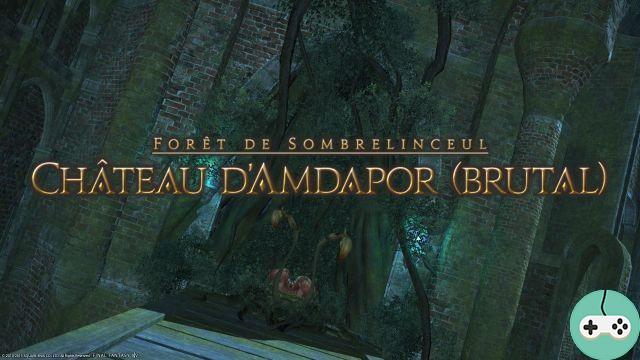 Nostalgic for your first steps in the Castle with that damn wall that was synonymous with death for many adventurers? Then this brutal version of AK will delight your memories.
To unlock access to the dungeon, go to Mor Dhona and talk to Lauriane in 22,8 to start the quest Back on track at Amdapor. 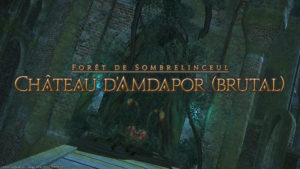 A forest Otyugh will stand in your way, just kill him to be able to continue. Watch out for enemies that appear regularly.

Avoid getting hit by these big roots that you will encounter regularly in the castle, by touching you they inflict vulnerability.

You arrive in front Anchag, the first boss. You will have to watch out for the red sign that will appear above your character. As soon as you have it, run to take cover behind one of the four statues. Be careful not to go behind the same twice. 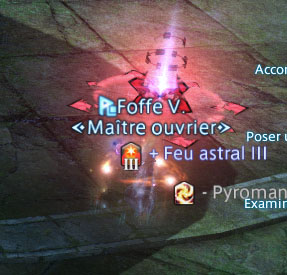 After this attack, another in a straight line will follow the player. So be careful not to run around in a panic.

It will also be necessary to avoid the "Hall of Sorrow" zone attack.

Continue to explore the area. Along the way, pay attention to digital that bombard AOEs with poison on the ground.

You arrive at Croque-Mitaine, the second boss. During the fight, it will make itself invisible and will then be invulnerable to your attacks. It will be necessary to kill a Luminous orb which will release light and give you a buff to make the boss visible. This buff lasts for five seconds, it will be necessary to move quickly towards the Croque-Mitaine to irradiate it with light at the end of the count. 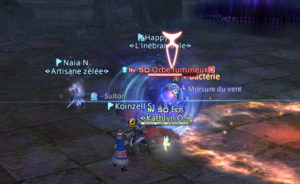 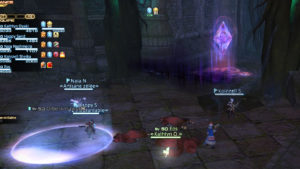 It will become visible and targetable again. The Croque-Mitaine also uses a cone attack in front of him. It does no damage but inflicts confusion. You have to turn your back on the enemy to avoid this annoying alteration. His other AoE attack, Beating, is around him and does damage.

You will also have unwanted company during the fight: Blood moon sacrifice will appear. Kill the 4 little ones. The big one will detonate doing around 2000 damage to the party and applying the bleeding condition that can be removed.

Continue until it splits and becomes invisible again. First, make a single Croque-Mitaine visible with the same technique as before. Kill it then go to the second.

The Croque-Mitaine eliminated, you will find yourself surrounded by four demonic walls, prisoners in a circle of flames. Here it will be necessary to kill all the waves of enemies in 180 seconds. Now is not the time to hold back!

After this intense ordeal, a final one awaits you: the final boss, Ferdiad which has several ways to ruin your life: 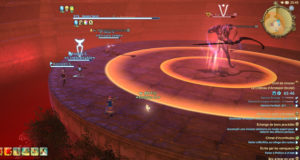 Spears will materialize on either side of the arena and pass in line. Do not stay on the bands on the ground. Death Scythes (identical to those in Brutal Haukke's second boss) will also come for a short time.

After the Suppurations, it is another type of Slime which will come to hinder you. Canker residue will prevent you from moving but also from attacking. It's up to your teammates to get you out of there by killing him or else you will pass away!

Many thanks to Koinzell who guided us brilliantly for our first brutal AK!


Do you want to be up to date and know all the tricks for your video games? In gamesmanagers.com we enjoy playing as much as you do and for that reason we offer you the best tricks, secrets or tips for you to play non-stop. We offer you quality content and always updated to keep you up to date. That's why, in our website, you will find not only videogame guides but also tricks, secrets and thousands of tips so you can play to the limit. Are you ready to get it? Enter now and enjoy your videogame!
Skyforge - Prestige and equipment ❯

FFXIV - Epic and Adventures of Hildibrand