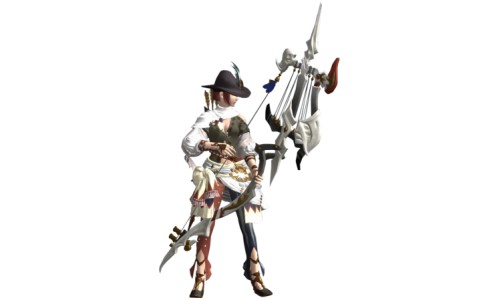 We recently set up a new partnership with the Legion Team MultiGaming which operates in particular on FFXIV (but also WildStar and soon ArcheAge). So here is the "Dancingedge" player's guide which is above all made to show how he plays this class, in no case should it be taken as the best way to play. It is mainly aimed at players who have reached level 50. 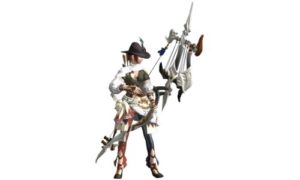 Péan Martial
Restore TP to the party for a personal sacrifice of 20% of their DPS. Useful in raid to allow your CAC to make more zones for example.

Ballad of the Magus
Restore mana to the party by sacrificing yours and 20% of your DPS. To be used at the request of your mages, either after the resurrection of a mage or a tank that uses flash.

Cross-skills in order of priority

Inner looseness
Increased critical chance by 10%. This does not increase the critical attribute, but our chance to land a critical hit, so it's an additional 10%.

Blood for blood
Increased our damage by 10% compared to an increase in damage received by 25%. A double-edged ability to be used mainly during a burst even if 10% seems minimal.

Second breath
Cross skill very useful when your healers are busy keeping someone other than you alive. Note that this ability heals according to your attack power and can critically heal, so it is advisable to be under critical bonus effects before using it. Or better yet, use a potion from your primary stat that increases your attack power and thus increases its effects.

Mantra
Can be useful for several configurations. For example, having her close to her tanks will help healers to send 5% more healing to them. Or just to use in anticipation of a special boss attack when the whole party is grouped together to receive it. Despite the small added bonus, it still saves mana for your healers.

Motivation
Restores 400PT. Practice after spamming your area techniques that consume a lot of it.

Depending on my gameplay, I think the bard doesn't really have a cycle but rather a more or less powerful burst. This burst requires a preparation phase which is as follows:

Explanation: the right fire pose applies a critical improvement of 10% to us, followed by the release which applies a second one or 20% critical chance on the following skills. Next comes a poisonous bite that applies a damage spell over the duration of 18s with a 20% critical chance. We then send hemorrhage which is out of GCD and we end with the wind bite pose which has the same side effect as poisonous bite, i.e. 50% chance to reset hemorrhage when one of our damage spells on duration makes a criticism.

Or, when inner release is recharging:

This phase completed, we will be able to move on to different bursts possible.

The first and easiest:

The second is more appropriate on important phases like killing reinforcements as quickly as possible or making a laborious boss phase shorter and moving on to its next phase:

Always having put the preparation before:

Some people of which I am a part will prefer to launch in loop only the burst which is less expensive rather than always chaining the three because the passive allowing to make the next free is very unreliable. Be careful though, because salvo is a conical attack and its range is lower than the other two, so it will be necessary to approach a little.

This gameplay allowed me to deduce some macros and reduce my shortcuts.

The first used to group the simple burst:

If the first two are recharging, or impossible to do because the condition would not be met, the third will be done only.

The second allows to group the improvements of the situational burst:

The fourth serving for the last part of the preparation phase

Either precision> critical> determination favoring the raw damage on each of your hits and increasing the chances of resetting bleeding thanks to the high critical rate.

Either precision> liveliness> determination favoring the sequence of abilities by reducing his critical rate.

Concerning the minimum precision to have, there are several theories, first you base yourself on the heading of 472 of the melee to be comfortable in T5. (Last round of the Bahamut Labyrinth), then other theories say that we must have a little less damage from the actions of the Bard not depending on his positioning and that the monsters would have less evasion when we hit them in the back.
For my part, I stayed on course 472, having not yet been able to explore Les Méandres due to lack of time. It would seem that a precision of 515 is necessary for the last stage.
For Primordials up to and including Titan Extreme we don't need to worry about your accuracy. On the other hand for the following ones, you will need the camp of 472. (I have already had failed shots by not equipping precision)

The first being simpler to do because these stats are on virtually all of the bard's pieces, the second option is to do by having virtually the best endgame pieces or by going through crafting and crimping. Quickness reduces ability recharge and speeds up animations such as buffs.

In my case, I managed to reach 600+ of liveliness and it is possible to go up to 640 but the precision would not be enough any more at high level. I have a preference for liveliness orientation.

Depending on your choice, here is a website allowing you to choose your parts and therefore to know where to go to get them.

Hope this guide is useful to you, I wish you a good time on FFXIV!

Dancingedge of the Legion Team MultiGaming