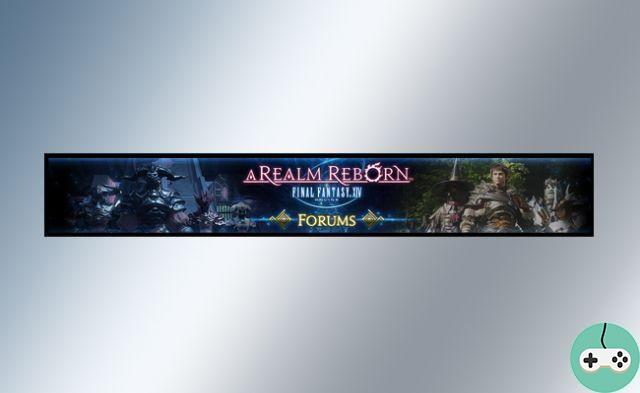 Let's start with what interests you the most!

New forums are now accessible via The Lodestone. The forum has been updated with the effigy of FFXIV: ARR. An optimized version for smartphones is planned. When you log in for the first time, you must select your main character. Specify your main classes in the fields provided, then click on the star to define your main character

La creation of topics and posts is (very) limited and is based on your character:

The number of characters in a message is limited to 1000.

All of this restrictions do not apply to the following forums: “Technical Support”, “Problem Reports” and “New Player Help”.