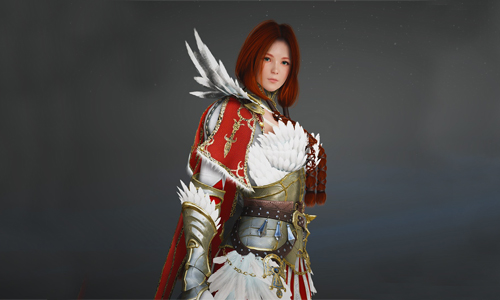 The Valkyrie is the female counterpart of the heavy warrior. Equipped with a sword often wielded as a thrust weapon and a shield the proportions of a rondache, the Valkyrie also calls upon a form of divine magic. 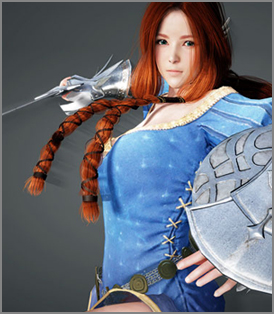 The Valkyrie has strengths and weaknesses that are just as strong.

Relatively limited in mobility, especially when on Guard, it nevertheless has lightning load capacities which therefore give it a game that alternates between slow and fast. Thus, relatively vulnerable on its flanks, the Valkyrie is on the other hand formidable in frontal attacks.

The Valkyrie is not to its advantage when taken from the rear. Indeed, like the Warrior, the Valkyrie has a particular posture called Guard. Activated with

, Guard provides a 20-second defense bonus that recovers whenever you receive a hit. In addition, there are a few rules that are best to keep in mind: 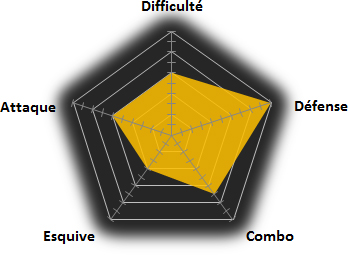 Rather than displaying yet another copy of the skill tree present in the game, and to be able to understand them more easily, the skills have been voluntarily reorganized. Note that rather than using Mana, the Valkyrie uses Holy Power, which in itself doesn't change much.

Various roles, it will be a question here of learning to place them at the opportune moments.

Here are the skills that revolve closely with the Guard. Remember that any misstep will break your posture, so any false manipulation or spamming of an action still under cooldown will put you back in normal posture.

Like most classes, the most basic skills will boost your mana. However, the Valkyrie also has an infinite resource regeneration ability and no cooldown. It's just a matter of standing still and channeling

On top of all this, the Valkyrie also has a whole host of skills with various roles ranging from allied support to a few ranged attacks.

For a classic use of the Valkyrie, the characteristics to favor are:

It goes without saying that this constitutes an initial guide and is not intended to exhaustively represent the different ways of playing, in particular the more exotic ones. On the other hand, there are deliberately synthetic references specific to the class in question.

Thus were deliberately excluded the use of the character in mounts or its use in specialized roles like pure support or group PVP.

However, if on reading it you find that you have missed information, or if you have had the inspiration to write a more specific guide, do not hesitate to let us know.