Since May 27, a whole new event has appeared. The latter, taking place at the Gold Saucer, will call on the talents of the Warrior of Light as a detective and investigator. If you are lost, or want to know the identity of the culprit (s), this guide is for you! 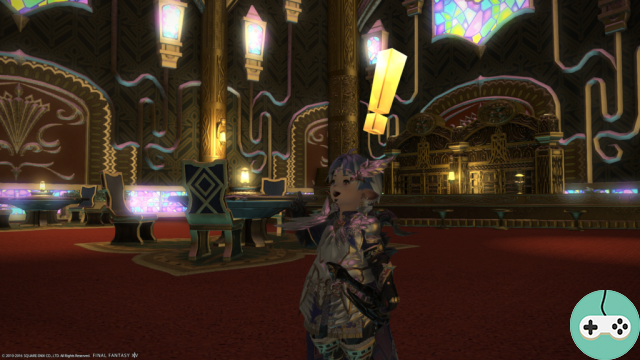 First, you need to find out all the clues that relate to the investigation. There are 13 in total. Trois are automatically discovered via quest and dix are secondary and hidden.

These three clues are none other than the testimony of three people present at the time of the crime, that is to say Z'napha the drink waitress, Lyell the dish server and Flaurie, the wife of the deceased.

They are very easy to find since they are right in front of you when you pick up the quest and marked on the map. Moreover, if you want to continue the latter, you will have to talk to them.

S-if I poured poison into Monsieur Goncquard's drink !? But why would I do such a thing? It is obvious that I have no motive! You are not going to invent one for me! 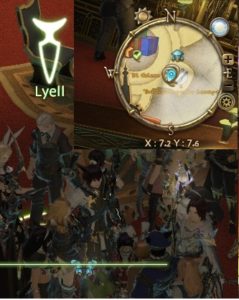 Do you suspect me of this murder !? Seriously? But I am just a simple waitress! Why would I go and assassinate one of our best clients, who always tipped me over the top? That does not make any sense ! 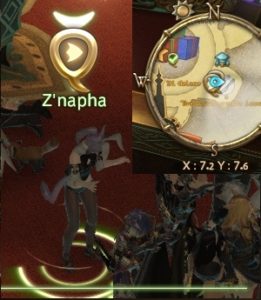 My sugar loulou ... He swallowed a piece of meat ... then he took a sip from his glass ... and a few seconds later, his lifeless body was lying on the ground! Great Gods, why? Why !? 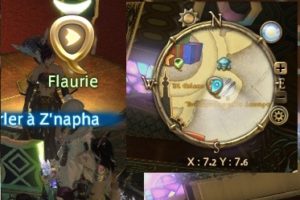 Z'napha brought the drinks of Goncquard and Flaurie to this plateau. A strong smell of alcohol escapes from it.

The latter is on the table where the victim ate, just in front of the NPC granting the quest, position X: 7,2 Y: 7,7 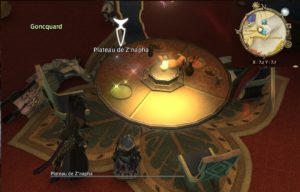 Being a regular customer too, I knew Goncquard by sight. While my last PGS went up in smoke, he chained the big wins like never before. Such luck was enough to make anyone envious!

Kokomui is not far from the start of the quest, on the left of the restaurant, position X: 7,2 Y: 7,2 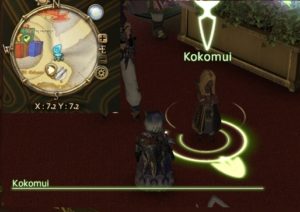 Z'napha is the new darling of Gold Saucer regulars. Goncquard kept eyeing her, that pig! No one ever said anything, but everyone knew. Except his wife, you have to believe ... 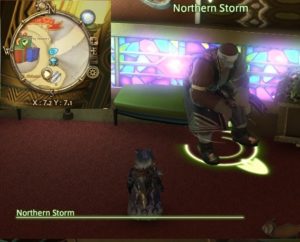 Small vials like this often contain a medicine or a potion. A sweet scent emanates from it.

The small vial is in the path leading from the Square of Wonders East au Square des spectacles, position X: 7,9 Y: 6,7 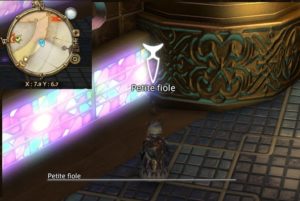 I was quietly taking my meal at the next table when suddenly, Goncquard collapsed on the floor with all his weight. I took advantage of the general panic to grab the glass from which he had drunk. I thought to myself that it could be of use to me in the future ...

Come on, don't look at me like that, I have nothing to do with this heinous crime! I am a writer, and I just need to spice up my daily life a little for Thaliak to give me inspiration. But since you are investigating this matter, it is with great pleasure that I hand this glass to you.

The victim drank from this glass before giving up the ghost. A sweet scent emanates from it.

Hitchcock sits with birds on the ground floor of the Square des spectacles, in front of gaming machines: Attrap'Mog, position X: 8,5 Y: 4,8 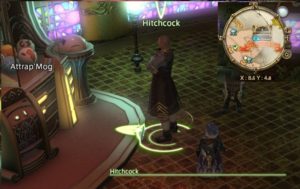 Lyell is a serious and honest person. I can't believe he poured poison into Goncquard's drink, it's just impossible! On the other hand, this Z'napha has just arrived at our place and I do not know what to think of her yet ...

Veleda is on the first floor of the Square des spectacles, in the area of Mega-Cacpot, position X: 8,5 Y: 5,8 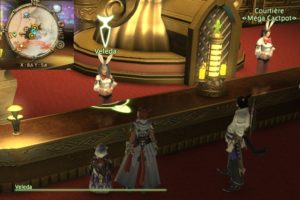 A Señor Pampa costume was left behind there for some mysterious reason, as if no one was supposed to see it. A suave scent emerges from it. 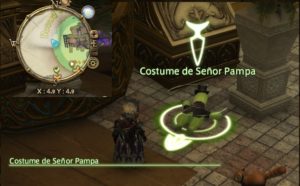 While Goncquard and his wife were eating in joy and good humor, I saw a Señor Pampa who was frolicking near their table. They all looked so happy! What a tragedy, all the same ...

Jourcel is seated at Lobby, in front of the NPC responsible for mini-cacpot, position X: 5,3 Y: 6,2 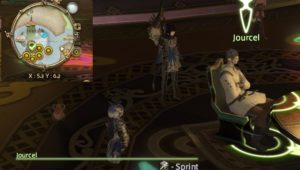 Monsieur Goncquard was a regular at our establishment. His wife accompanied him regularly, but he also sometimes came alone. I am all the sadder for her because they really looked like an inseparable couple.

Abbelina can also be found at Lobby. It is the rabbit that sits on the way to the Gold Saucer, position X: 4,9 Y: 7,3 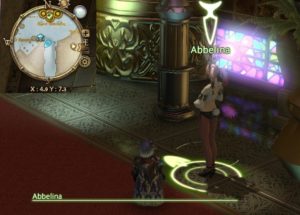 Something is written on this piece of paper:

"You have my word, K. If you fulfill your end of the bargain, I'll double your reward."

The piece of paper lies at the Square of duellists. It is on the left when you arrive in this area, next to the couch located in front of the NPC "Jonah the Jack of Spades", position X: 4,6 Y: 7,4 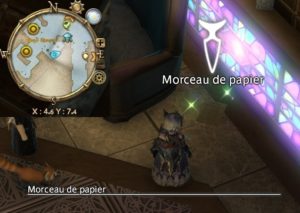 Once all the clues have been found, it's time to solve the case! To do this, just go back and talk to Ollier at the Square des Merveilles.

The resolution of the investigation will ask you to establish the pattern of the crime as well as the alibi and the criminal via 8 questions. Of course, you can answer and accuse whoever you want, this path is only the one that allows you to catch the real culprit!

Be careful, once this step has been launched, you cannot go back!

The resolution of the investigation

And there you have it, the case is resolved! And you, who have you suspected and denounced?