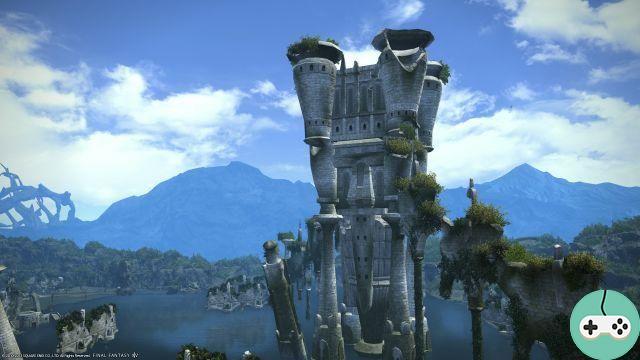 On the program for this comeback N ° 3: The equipment is the outfit system, the display of the game on 3 screens ...

It is a possibility to consider. However, Elmoria explains to us that it will not be possible to implement this function on existing equipment. It would take too long to change the structure of the old models. The team prefers to focus on news instead and include the ability to use / visor for hooded outfits directly to them.

In order to avoid separating from an object belonging to an outfit, they will be indicated by an icon. In 2.1 you will therefore easily see in your Arsenal whether or not a piece of equipment is part of an outfit.
To this will be added a message indicating that an item included in an outfit is not present in the arsenal: "The sword" XXXX "belonging to this outfit is not in your Arsenal. are you replacing it with a different piece of equipment?
(Replace) (Search) (Cancel) ". By choosing" Cancel "your outfit will not be changed.

Last point on outfits: Sometimes we miss the main weapon of an outfit. Therefore it is impossible for us to equip the rest. The team will modify this so that we do not have to remove the outfit that has become unnecessary. 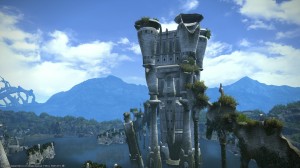 After 2.1, new features are planned such as:

This list is not exhaustive, they are avenues for reflection in order to generally improve the system.

Players using 3 monitors for gaming have noticed that the "resolution of the center monitor is different from that of the side monitors, and the display appears slightly stretched on the side monitors."

Minagawa expressed himself on this subject, explaining the reasons for this problem and is already dreaming of an ARR using the Oculus Rift ...

To come directly to the conclusion: it is impossible for us to eliminate the distortion of the side monitors with the current equipment and the specificities related to the display.

Things will get tricky from here, so don't hesitate to skip this part.

The way the image will be distorted varies depending on the method by which the three-dimensional space is projected.

I'll take a world map as an example. Using a certain type of map called "Mercator Projection", the closer you get to the poles (south or north), the more the dimensions of the surfaces become distorted. Likewise, if we use a different type of map called “Mollweide Projection”, the proportions remain correct at the expense of the shape which is altered. All this is due to the fact that, depending on the projection method adopted, the deformation is different.

With the current real-time 3D graphics, and going back to maps, the general method is close to Mercator projection and that is why the image is stretched sideways. FFXIV uses the same display process because the projection systems are fast and simple.

On that note, the central monitor doesn't display the game accurately, either. Minor distortion remains, although it is barely noticeable. Other than using the special method called “Orthographic Projection”, where size variations are not affected by depth, distortion will still be present.

On the other hand, when it comes to how we perceive the world around us through the lens of our eyes, objects that should appear straight to us actually appear slightly curved to us because of our field of vision, although it is not noticeable. In order to reproduce this deformation digitally, it is necessary to calculate the trajectory of the light as it passes through the lens, and if we compare to the basic display method, consisting in calculating only straight lines, the number of calculations is much greater and the display is greatly slowed down. This is why most games achieve this by employing a pseudo-procedure of forcing the image distortion to curve, applied after the basic display method.

Even if we were to achieve a distorted display using curves, the effect reproduced on the monitors would not be a noticeable difference from the current display.

On the other hand, thanks to improvements in computer hardware and recent developments like the Oculus Rift and curved display, it may one day be possible to display images in a natural way, as they should be. , with minimal deformation. ?

It seems that the galleys related to the outfits will soon be nothing but bad memories!


Do you want to be up to date and know all the tricks for your video games? In gamesmanagers.com we enjoy playing as much as you do and for that reason we offer you the best tricks, secrets or tips for you to play non-stop. We offer you quality content and always updated to keep you up to date. That's why, in our website, you will find not only videogame guides but also tricks, secrets and thousands of tips so you can play to the limit. Are you ready to get it? Enter now and enjoy your videogame!
Travel, Travel # 2 - Blade & Soul ❯