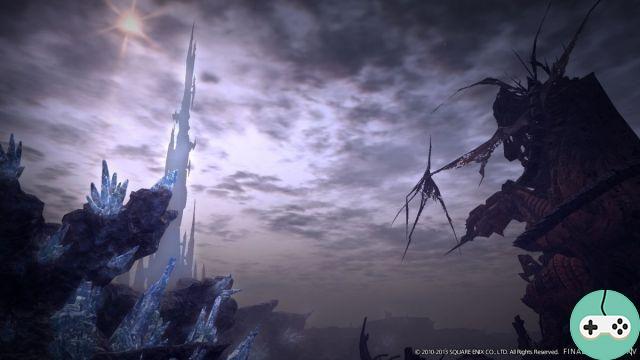 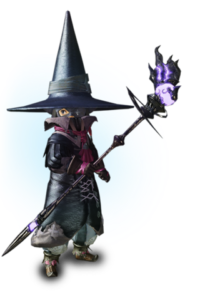 The role of the dark mage is based on ranged magic damage. It has instant spells, others that deal damage over time, and spells that require a small cast time.

If this is the first time you are creating a character, you will notice that races do not have the same starting stats. Don't bother with these differences, they are negligible.

There are two prerequisites to unlock the job: have Occultist at level 30 and Archer at level 15. When your levels are adequate, you can complete the quest "The voice of the merchant" which, when completed, will give you the Black Crystal. By equipping this crystal, you will become a Dark Mage!

Once a black mage, you have access to all your Occultist skills and you can choose 5 other Actions among some Archer or Arcanist and 5 actions specific to the job.

Finally, we are going to talk a bit about how the Occultist is played at the beginning and then the Dark Mage. We can dissect the gameplay in 2 phases: before level 34 and after level 34.

The gameplay is based on an alternation between Fire and Ice. Indeed, when you cast an ice spell, you receive an improvement which allows you to increase your MP gauge. If you cast your fire spell instead of ice, you are placed under the buff Astral fire, which allows you to do more damage with your fire spells but also consumes more MP. So you will have understood that it is necessary to alternate Fire for maximum damage, then Ice to recover MP!

When playing in a group, there is one important point to note: you have the spell Sleep which, as the name suggests, can put your targets to sleep. This is very handy for controlling groups of enemies, letting your team calmly fight enemies one by one.

Let's go back to the differences in playstyle before and after level 34:

Here is a cycle to use when you are in a group to properly manage your MP:


Hope this article helps you understand a bit more about how to become a Dark Mage and how to use your Occultist in the early stages.

Note: the sheet detailing all the actions of the Dark Mage and other classes will be available soon!