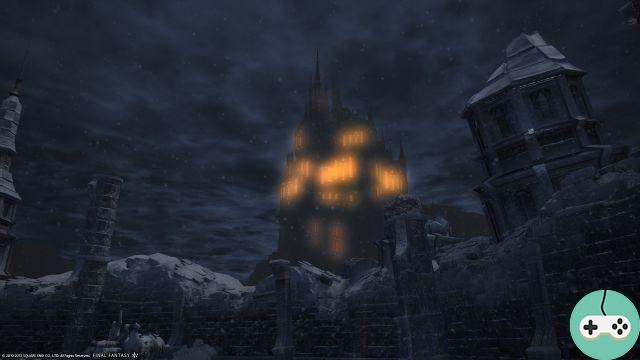 Hiroshi Minagawa has been very talkative in recent weeks! New feedback was released today. A small report on the fight against the RMT and other nasty nonsense is also available.

Feedback on the interface

After Update 2.2, the team will be looking at the best way to report a new message in a tab that we are not looking at:

The following suggestion has been proposed: possibility of using the macros assigned to the cross action bar using the keyboard, while using the joystick for the PC version.

Minagawa first specifies that it is possible to assign keys to vertical and horizontal action bars. Regarding the cross action bar, the team would like to make this possible. For this to be feasible, the action tooltips would have to be hidden. If the players give enough feedback on this suggestion, then the team will study it further.

We do not plan to completely separate the parameters of "aesthetic" outfits from those related to statistics.

* The difficulty lies in the fact that this may increase the amount of information to be transferred for each character, which would cause overloads at the server level.

The previous request asked us to implement separate locations for "aesthetic" equipment and normal outfits. This system will not be implemented exactly this way, but the goal will still be to display an alternative gear outfit to the one currently worn.

Additionally, as mentioned earlier, there will be some restrictions on what combinations of equipment can be worn and displayed.

* Once the specific details of the “aesthetic” equipment outfits are finalized, we will make an announcement. The official names may also change. 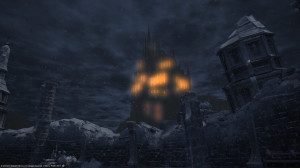 Names of members of LS, CL and list of friends

Last week, a suggestion was to be able to change the color of the names of members of an LS, CL or friend list. Minagawa replied that this would not be possible, and that it would cause customer overload. Curious, the players asked for more details. Here is Hiroshi Minagawa's response:

Given that there are currently 512 members per free company, and 1024 people when all eight Linkshells reach their maximum (i.e. 128 people per Linkshell), the total reaches 1536 players to be managed by the program, in addition to the maximum number of characters. that can be displayed (30 characters for the PS3 version). This is therefore not negligible compared to the other processes of the interface.

* With all 30 characters displayed on the screen, the comparison process should occur 46 times. Since FFXIV is an MMO, the comparison items may change for each screen that is displayed, so it would not be possible to reduce the frequency of this process or the constraints associated with it. As for the number of times the process repeats itself, it would be possible to reduce this somewhat by limiting what is managed, such as members of a free company only, or members of a free company and those of your current Linkshell.

Implementing this type of setting would not result in a significant reduction in in-game speed.

Nonetheless, interface parameters are like dust: even if they seem insignificant at first glance, they can quickly add up, and we need to keep some wiggle room for what we plan to implement next. 'to come up. We may no longer have the necessary capacity when we add new content.

The display of these elements is absolutely not impossible from a technical point of view; on the other hand, we feel that this is not the highest priority at the moment, and that it is not necessary to implement this immediately at the expense of other parameters.

Feedback on the Large Companies

You are one of the players who no longer know what to do with their seals great company? The team is thinking of you and plans to add new items regularly. You can, among other things, buy furniture from large companies.

You can not change of Big Company than every 30 days, but this information is difficult to see in play. The team intends to fix this. Moreover, if this limitation was introduced, it is because the team wanted you to have a feeling of belonging to your GC. The team understands that "everyone can have a different opinion on this subject". 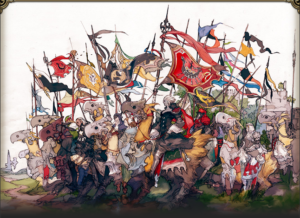 Collecting shards takes a long time. The team are aware that this is not suitable for Earth Disciples and are carefully considering the possibilities of increasing the amount collected or the implementation of new methods of obtaining.

In Final Fantasy XIV version 1.0, we were able to break crystals and aggregates. The team does not anticipate the return of this feature, believing that it would be difficult to control the price of shards.

From October 6 to November 12, more than 3200 accounts have been permanently banned.

Add a comment from FFXIV - Interface feedback and RMT report