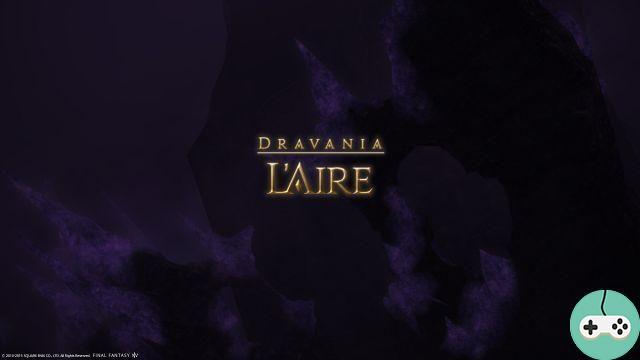 Accessible via the epic "The Wrath of the Dragon", the Aire is the residence of an imposing enemy. 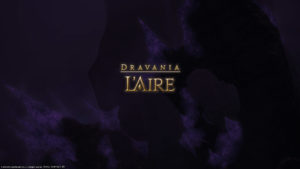 As you progress to the first boss, remember to open the treasure chests. On this part of the area, lightning will strike the ground at random, its point of impact signaled before it falls.

Rangda is the first dragon to face. Around the arena, there are pillars, these will serve you during the fight. A purple link will materialize on a player, it will simply be necessary to run towards one of the pillars for the latter to take the link.

Rangda will use multiple AoE attacks, two of which will alternate. This mechanic is similar to the Chimera's Voice of the Ram / Voice of the Dragon attack:

Another dragon, Leyak, will appear regularly during the fight, eliminate as quickly as possible.

This first boss killed, we change the scenery with always a safe to open on the road.

And we get to the second boss: Gyascutus. Throughout the fight, he will spawn poison clouds. There are two ways to get rid of it:

Then an obstacle prevents you from continuing: here you have to eliminate waves of dragons until the way is clear.

You have finally arrived at the top of the Aire, where the furious awaits you Nidhogg. We can divide this fight into 3 phases. Regardless of the phase, it will be necessary to ensure Estinien. If he dies, you lose.

For the first part of this fight, it will be necessary to avoid fireballs that Nidhogg will send on the players with his attack. Scarlet gem. They will then move, sweeping the arena.

Nidhogg will also repeatedly lock up a player during the battle in a Ebony gem. It will be necessary to break this prison as quickly as possible otherwise the trapped player will die. 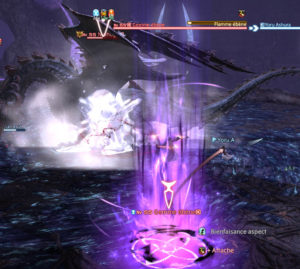 Phase 2: Nidhogg walks away to prepare for his devastating attack and calls his subordinates to the rescue. Protect Estinien no matter what, kill enemies approaching the Dragon Knight as fast as possible. Vassal Biasts cannot be tanked. Estinian's shield ready, take refuge below.

Nidhogg then makes his ultimate attack which marks the end of this second phase.

Phase 3 is similar to the first except that you will have to deal with more Fireballs and Ebony Gem. Now all you have to do is exercise caution and defeat Nidhogg!

Zuh from Free Company Styx made a video of the dungeon:


Do you want to be up to date and know all the tricks for your video games? In gamesmanagers.com we enjoy playing as much as you do and for that reason we offer you the best tricks, secrets or tips for you to play non-stop. We offer you quality content and always updated to keep you up to date. That's why, in our website, you will find not only videogame guides but also tricks, secrets and thousands of tips so you can play to the limit. Are you ready to get it? Enter now and enjoy your videogame!
Battlefront - Battle of Jakku Livestream ❯